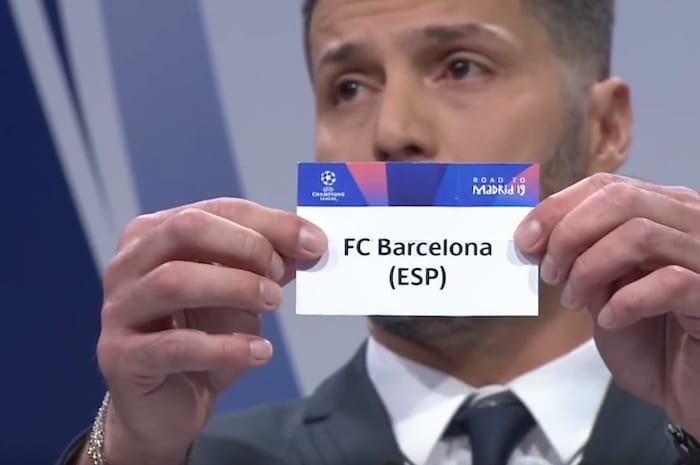 There was a feeling among United fans that Barcelona would be waiting in the next round of the Champions League.

United have had a hard time of it in the draws for the cup competitions this season, League Cup aside. In the FA Cup they’ve had to win away at both Arsenal and Chelsea to secure another away draw against Wolves this weekend.

In the Champions League, PSG was a huge encounter in the last round. And let’s not forget that they faced Cristiano Ronaldo’s Juventus home and away in the group stages too.

There was a certain inevitability that it would be a trip to the Camp Nou in the quarter final. At least they’ve managed to secure a home leg first after UEFA switched it to avoid two matches in Manchester in the same week.

Barca is clearly the toughest test United will have faced so far this season, but it is one the fans, players and especially the manager will be relishing. It’s an opportunity to test the progress under Ole against one of the best teams in the world, and arguably the strongest team left in the competition.

They’ll be going into it full of confidence and rightly so.

United fans are slightly haunted by the experiences in Champions League finals against Pep Guardiola’s Barca, but there’s been some more even and epic encounters against them down the years.

There’s Bryan Robson being held aloft after beating Diego Maradona’s Barca in 1984, Sparky scoring from that ridiculous angle in that sublime white 90s kits, and Scholesy’s screamer in the semi-final in 2008.

It’s the 2008 game that Ole should draw his inspiration from. United went into it with a key plan, executed to perfection. Gary Neville has related exactly how the United defenders trained in the weeks leading up to the game. It worked and they got through.

What Ole has shown he’s perfectly capable of doing is analysing the opponents and putting the right plan in place to win the match. The players are suited to his tactics and have the understanding to execute them in the best possible way.

Most importantly they’ve excelled in doing exactly that away from home. The recent Arsenal blip aside, United have looked devastating on the break in all their away matches under Ole. There’ll be huge spaces to exploit in the away leg if Ole’s men can soak up the pressure and use the ball when they get it. If Paul Pogba is fit and on form will be arguably the most important player for United.

If Jesse Lingard can get over his recent injury troubles and Anthony Martial can continue his recovery alongside an on fire Romelu Lukaku then United have real options that can hurt Barca at home and away.

They will get chances, as despite having Lionel Messi in sumptuous form, this Barca team doesn’t manage to hold the ball in the same way that the Guardiola teams did in those two finals.

Ole will know United can do it and he’ll set his team up in exactly the right way to exploit any weaknesses in the opposition.

United fans should be relishing this one. It’ll be a huge European night at Old Trafford and a real test. And a long way away from the doom and gloom of the autumn.

Throw in the return of Luis Suarez to Old Trafford and it could really be one to savour. Win and it could be Liverpool in the next round. That’ll be a decent game too.

City v Spurs is going to be epic too. United fans will be hoping Tottenham avoid their bottlers tag and finally do it on the big stage.