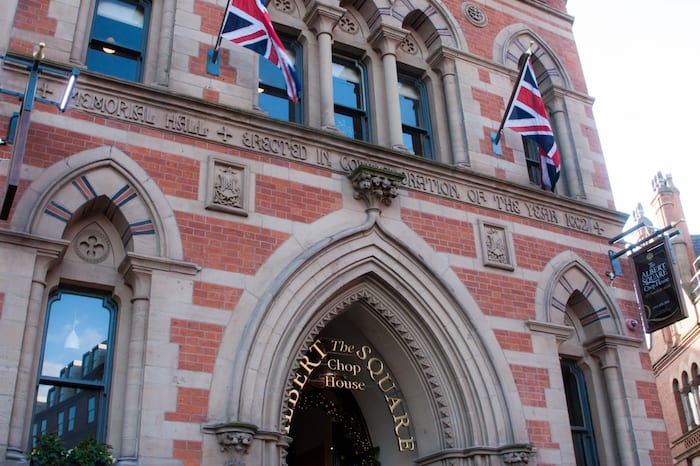 The Albert Square Chop House has been voted the Best Hospitality Venue in the City of Manchester, beating off competitors including Caesars Entertainment, Bridgewater Hall – and Manchester United.

Judges praised its contribution to the meetings and events offering in the city – and for demonstrating the power of the hospitality industry to regenerate disused spaces and to bring new life to their surroundings.

“Downtown In Business pitched us against legendary world class businesses and the little guy won,” said owner Roger Ward. “I am enormously proud of the team led by business development manager Lawrence Hallows because they have built our reputation event by event and shown we really do care.

“The win has given us all a tremendous buzz and the award will help our trade and our recovery and will spur us on to the next phase of developing this 19th century building into a world class business and catalyst for further city regeneration.”

He celebrated the award by announcing a further £2m investment to develop the top two storeys of The Albert Square Chop House building. Details will be announced in the next few weeks.

The Grade II listed former Memorial Hall building is recognised by Historic England as one of the best examples of Venetian gothic revival architecture in the city.

It had been derelict for a decade when Roger, the former boss of one of the north’s leading advertising agencies, bought it and sensitively converted it into the award-winning Albert Square Chop House in November 2012.

Roger’s original £3.5m investment has proved a catalyst for Albert Square. Since the Chop House opened its doors, six new leisure operators have opened in the square, two major property businesses have invested millions acquiring neighbouring properties and the city council has restored its offices too. 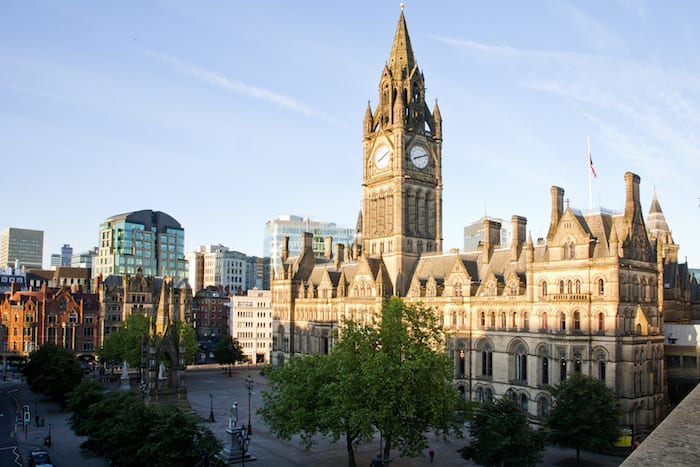 The Memorial Hall, which predates Albert Square and the town hall, was built by the noted Victorian architect Thomas Worthington between 1863 and 1866 for the princely sum of £10,000.

It was commissioned during the 56-year ministry at Cross Street Unitarian Chapel of the Rev William Gaskell – husband of Mrs Elizabeth Gaskell, one of the giants of English literature, whose novels include Cranford, North and South, and Mary Barton.

It was built to commemorate the 200th anniversary of the “Great Ejection” of 1662, when 2,000 ministers left the established Church of England rather than submit to the Oath of Conformity. These were the first “non-conformists” and, as well as being a place of religious instruction, the hall became a home for free thinkers and the younger members of the Unitarian church.

Inspired by the famous Palazzo Santa Sofia on the Grand Canal in Venice, the hall’s elevations “are an outstanding achievement in their own right, as well as a major contributor to the setting and quality of Manchester’s most important civic space”.

Over the years, it has housed Sir Charles Halle’s choir, the Kardomah coffee house, the Square Albert pub and Consort’s nightclub.

After lying empty and decaying for most of the 2000s, the Memorial Hall has come to life once again, an icon at the heart of Manchester.