Famed celeb haunt Mahiki was given a new lease of life when new owners took over in April.

The London brand, known across the world for its celebrity clientele and flamboyant tiki-themed cocktails and entertainment, opened in Manchester in October 2017.

It closed its doors in June 2018 but has since been revived by the team behind Don Giovanni, Manchester’s oldest independently owned Italian restaurant.

Since the takeover, drinks prices have become much more accessible, prosecco is available by the glass, and they have introduced a Polynesian-inspired Pan Asian food offering too.

We went down to give it a test drive.

The club is a low-lit vision with low wicker tables and peacock chairs enveloped in a pinky, purple hue.

Split into several connecting rooms, it all feels rather cosy and intimate.

Cocktails stay true to the brand’s tiki flair with plenty of fruity, rum-based concoctions. A classic Zombie comes out in a lime green skull reminiscent of Lurch from the Addams family.

It’s fruit juice heavy with a slight hint of vanilla. Not bad at all, but we wouldn’t have minded a bit more rum. 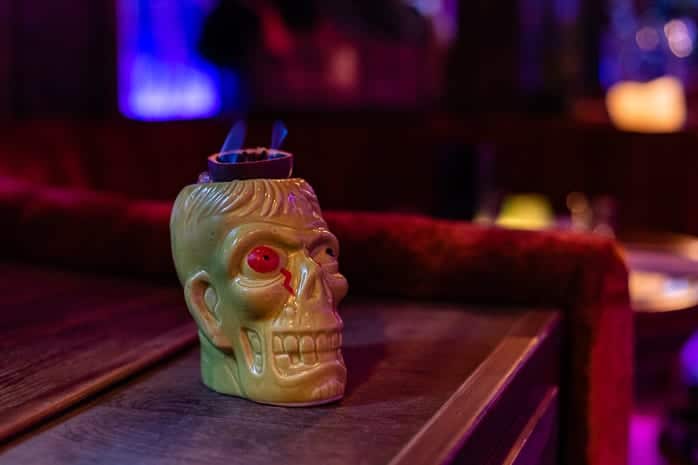 Their twist on Brazil’s national drink the caipirinha tastes like Christmas in a glass – with added cachaça. It comes served over crushed ice with an apple fan and toasted cinnamon sticks.

On to the food menu, which looks extremely promising.

Mahiki encourages diners to embrace the customary approach of sharing dishes and plates across the table. We happily oblige. 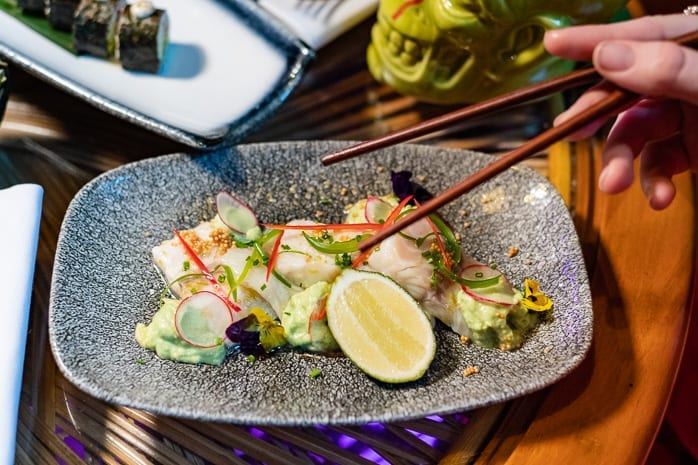 The ceviche is an all-round table favourite. Generous chunks of fish mix with soft avocado and slivers of radish all tied together with citrussy notes of grapefruit and lime.

A side where can i buy generic phentermine dish of coriander and pistachio rice goes down a treat, the jewel-like pink and green kernels liberally sprinkled throughout.

Presentation is on point, and we even find ourselves admiring the crockery. 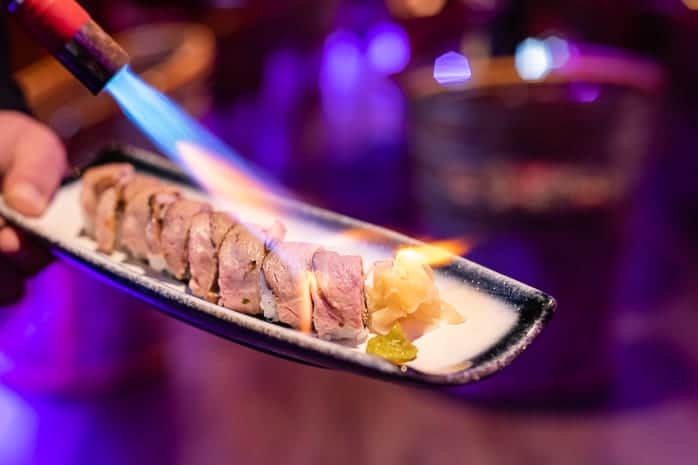 Strictly speaking the menu is Pan Asian with Polynesian influences, such as the use of coconut rice in the ahi, but there is also plenty of Japanese inspiration.

California rolls come perfectly formed with little nuggets of mayonnaise on top, whilst the soft shell crab tempura is served with red cabbage pickle instead of rice, which cuts through any grease nicely. 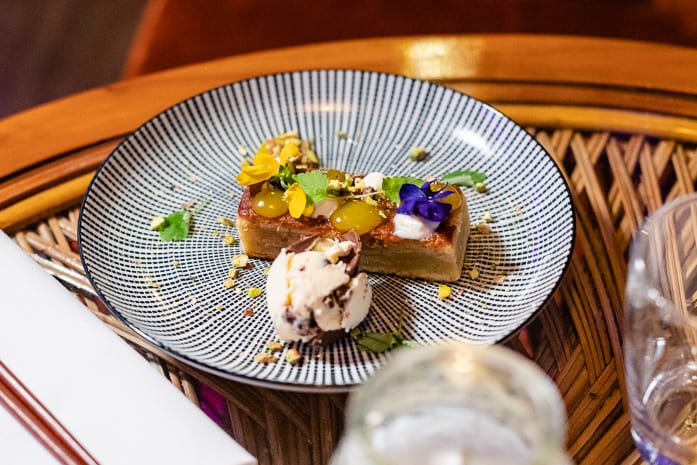 The highlight, however, has to be dessert.

A pistachio and lime cake with dulce de leche and coconut ice cream wows on all fronts. The ice cream is a revelation in itself. Elsewhere, the cake’s condensed milk sweetness is balanced out with a zesty hit of lime jelly.

We also opt for the Mahiki fruit garden, which promises a yuzu granite and matcha gel. It’s pretty but very simple. We’re not entirely sure the chef didn’t forget to add a few bits on here. 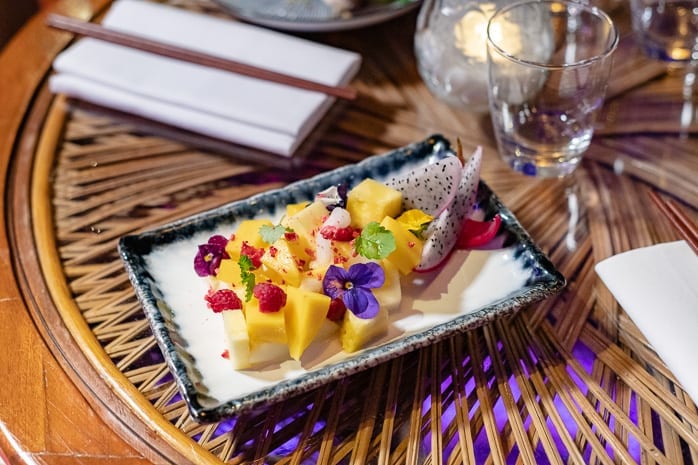 The dinner menu is served as an early sitting, with the club offering a separate late night menu to revellers after 11pm, meaning the atmosphere is quite different during the earlier sitting.

Not for the unadventurous eater, the selection here is certainly unique with some options you can’t find elsewhere in Manchester.

If you’re looking for somewhere different to enjoy a few nibbles with your after work drinks, give Mahiki a try. It’s definitely different. 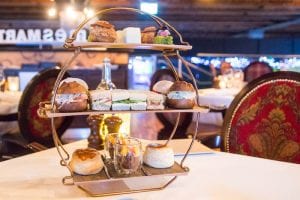 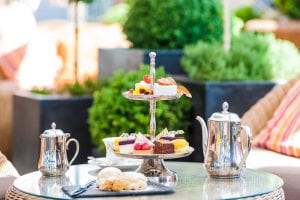 Celebrate the royal wedding in style at this regal rooftop party