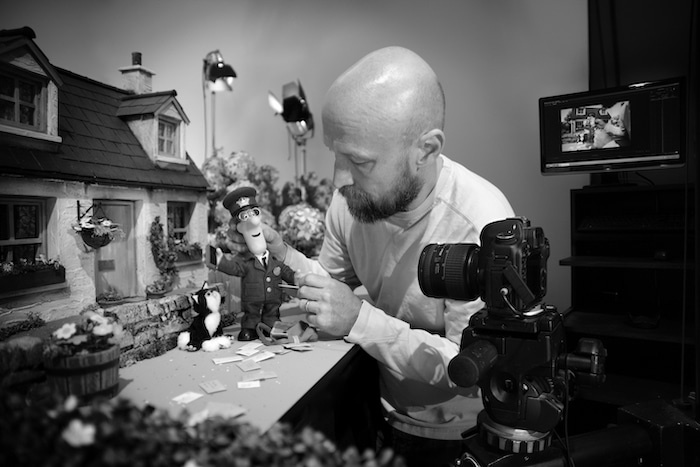 Mackinnon & Saunders, who have worked on films such as Fantastic Mr Fox, Corpse Bride and Mars Attacks! will be holding a 30 year celebration of their work at Waterside’s Lauriston Gallery.

The animation studio will be holding a free exhibition showcasing their work, running from Saturday November 19 as part of the Manchester Animation Festival.

There will be collection of original puppets, images and models created for some of the world’s most successful studios, directors and filmmakers.

Going on display for the very first time will be original puppets and models made by Mackinnon & Saunders for the soon to be released Guillermo del Toro feature film, retelling the story of Pinocchio.

This will be the Oscar winning directors first foray into stop motion animation.

The exhibition will also reveal the company’s long standing relationship with director Tim Burton, showing several puppets and models they made for both Corpse Bride and Frankenweenie.

The Company was set up by Ian Mackinnon and Peter Saunders in the 1990s, after meeting in the 80s at one of Europe’s biggest animation companies, Cosgrove Film Halls, who are also Manchester based.

They both pioneered new techniques in puppet making on BAFTA winning productions such as The Reluctant Dragon and Emmy-Award-Winning The Fool of the World and The Wind in the Willows.

They got their first big break when internationally renowned director Tim Burton approached them to design and construct the Martian characters for his feature film, Mars Attacks!

Following the success of the film, they were once again recruited to create puppets for Corpse Bridge.

Tim Burton said of the company: “There was no question in my mind that these were the guys to do it.

“They do such beautiful work, very sensitive and textural; you really do believe the characters are alive.” 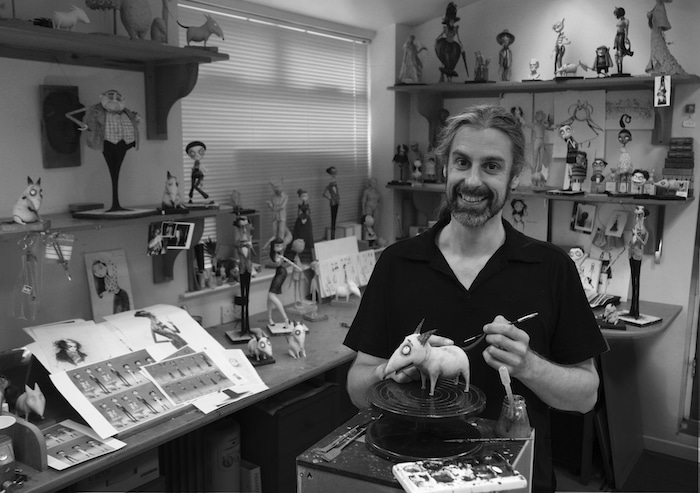 There will be a series of photographs on display that demonstrate the skill and the artistry of the makers who help bring these wonderful stories to life through their craft.

Peter Saunders said: “If Mackinnon & Saunders have achieved anything as a company it is because of the talent, hard work, loyalty and good humour of all the people who have come to work with us over the years.

“Ian and I are indebted to each and every one of them.

“We are also indebted to all the creative people who have entrusted us with their projects, and we hope we have done justice in bringing life to their vision.”