It’s been closed for refurbishment for six weeks, but today we were treated to a sneak peek at the new space.

The last time a designer had their hands on it was twenty years ago and whilst it had stood the test of time, the bar and restaurant’s new look is a sight to be seen.

Geometric shapes and patterns throughout mirror the design of Spanish architect Santiago Calatrava’s striking Trinity footbridge, whilst metallic detailing on the furniture and fittings give a nod to Manchester’s industrial past.

Dividers have been used throughout to create a succession of distinct but connected areas. To the left of the restaurant, a designated dining area for guests is offset with more geometric glass.

On the other side, a touch of green is added to further geometric sections with trailing houseplants. Soft, low sofas and cosy armchairs abound. 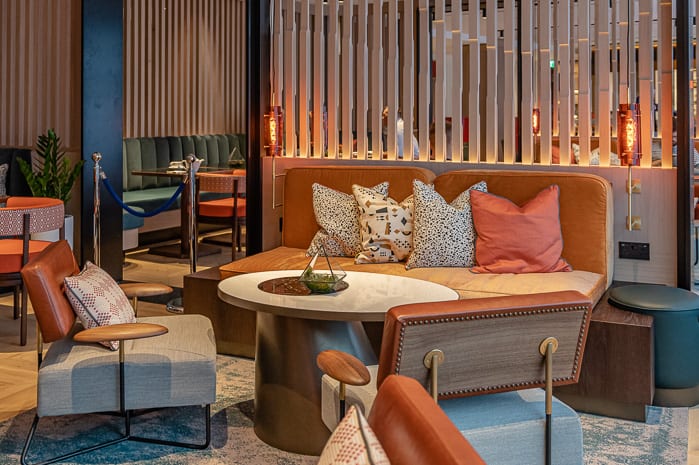 In the bar, the main focus is a grand marble-topped bar underset with a textured wooden frame.

All the furniture is new and bespoke throughout but head chef Dave Ashton told us he managed to rescue a few pieces of the old bar as it was being dismantled.

He gestured to a wooden block holding four intricate, miniature ice-cream cones filled with smoked salmon mousse and topped with salmon flakes and glistening fish eggs. We recognised the dark wood which is upcycled from the original restaurant fittings. 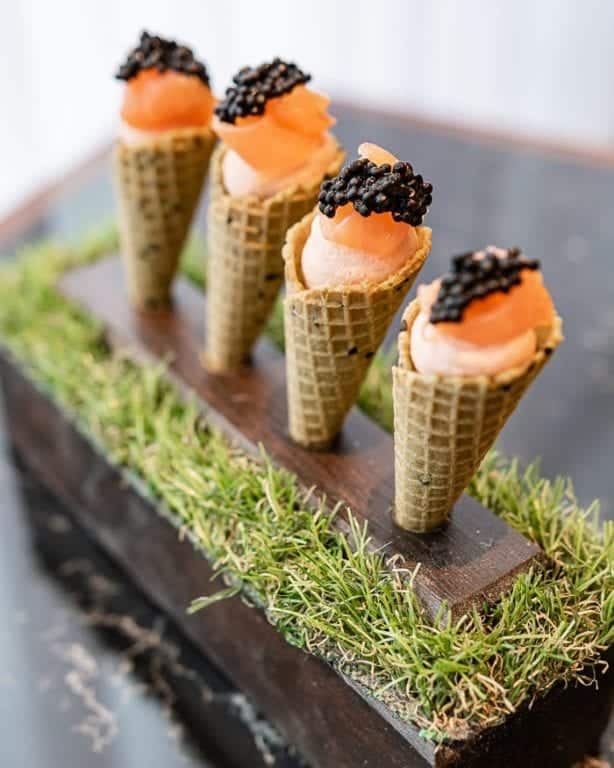 The top chef has just celebrated a year running the restaurant, and we got the impression he’s raring to get going in the new space.

He comes from a high-end hotel background and has worked alongside Aiden Bryne and other prominent chefs in two- and three- rosette restaurants.

The Lowry is already a two rosette establishment – but Dave tells us he’s gunning for a third.

“It’s an aspiration. It’s not something you know we think we’ll get next week or in six months, it’s a process isn’t it, but we’re building and will keep on working towards that.”

He tells us that things have changed a lot since his arrival a year ago, not least the kitchen team, which he pretty much had to build from scratch after his predecessor left taking twelve chefs with him. 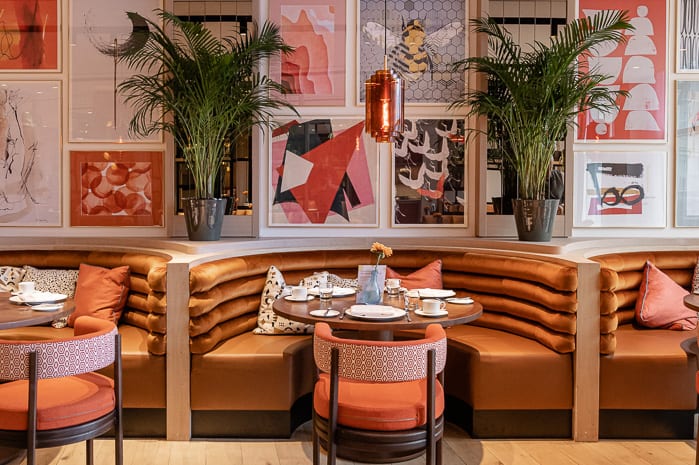 Having spent the past year finding the right people, developing them and getting them to a standard where they can be truly creative with flavour and technique, he now asserts confidently: “it’s the best I’ve ever had.”

He’s overhauled the menu offering, too, doing away with lunch entirely and pressing pause on the chef’s choice menu until at least December.

A new a la carte menu for evening diners features dishes such as squab pigeon with horseradish sorbet, sweetcorn and sea herbs (£12), and sharing options like a rack of Gloucester old spot pork (£48) and classic beef wellington (£65).

It’s one of the desserts, though, that really catches our eye. Called simply The Lowry Gin, it will, so we’re told, be made with a special (and secret) house distillate that the hotel plans to release in a couple of weeks. 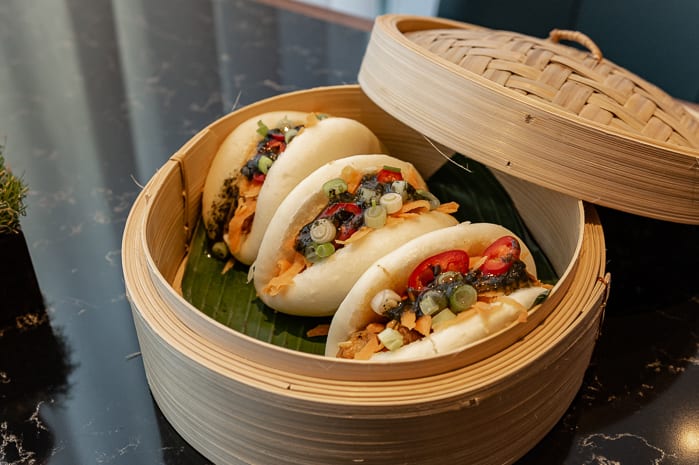 Crafted to look like a lemon, it’s comprised of a tonic gel flavoured with lemon peel and frozen in a sphere mould using liquid nitrogen, before being surrounded with a gin mousse. Little dimples in the white chocolate casing add to the lemony effect, before the creation is finished off with special cucumber ice. Sign us up.

Other new menu additions include an afternoon tea upgrade, a vegan and vegetarian menu offering, and a breakfast a la carte with out-there options like confit duck leg on toasted crumpets with poached duck eggs.

The Lowry has always been a stylish choice for special celebrations. Now it’s even more stylish.