Long Live the King (Street) as Burger & Lobster Moves In

Last week, we pontificated the renaissance of Deansgate, thanks to The Botanist opening its doors to the usual fanfare of any new Living Ventures place.

This week, let’s talk about King Street. God knows I do. Constantly.

“…London heavyweights want to be here.”

A high percentage of conversations I have start with someone either saying, ‘the problem with King Street is…’, or ‘what King Street needs is…’

The former usually involves stating the obvious with a healthy dose of rose tinted gazing at yesteryear, while the latter usually requires an accompanying budget of millions.

Neither offers any realistic solution. More a list of demands. Anyone can do that.

However, work has been going on behind the scenes for more than a year to push King Street as a serious location among higher end food and drink operators.

The realisation that food and drink operators are missing a trick by not looking down King Street has started to dawn on a number of them, from inside the city and out.

And it seems to be paying off, as Burger & Lobster break cover on plans to occupy Ship Canal House, opposite the always-busy All Bar One and nestled next to the new and rather dashing Pizza Express. 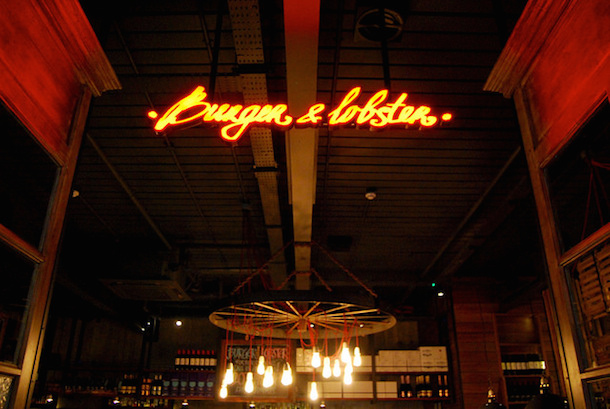 They’ll join Jamie’s, Rosso etc all on a street that has plenty to offer Mancunian appetites – although they will undoubtedly be the headline act. It seems likely that they will succeed where L’Entrecote struggled. Their securement is another feather in Manchester’s cap, although we do perhaps need to be less surprised that London heavyweights want to be here.

It’s actually rather obvious, and puts those who have never considered Manchester to shame a tad.

At the other end of the street though – the shopping bit – two or three food operators could soon emerge among the smart shirt shops and clothing boutiques.

The former Monsoon unit is under offer to an operator that has restaurants in other cities – you’ll have seen one if you’ve ever gone to London by train – and two other independent, local operators are looking seriously too.

Add to that Rapha, the cycle wear brand who will open a curious mix of showroom and cafe behind St Ann’s Church, and King Street suddenly has more appeal to the coffee and Airbook crowd. Especially if they are in the market for a scented candle.

Miller & Carter and Zizzi will bridge the Cross Street gap with competent casual dining offerings, joining up a street that has suffered from a split personality in recent years.

But there is a real feeling that food and drink is the missing link on King Street. Burger and Lobster know what many of us working to improve the street have known for a long time.

Everything is in place for King Street to catch fire again.

So I’ll see you down there for breakfast, lunch and dinner very soon.