Live Seafood and Kerridge’s Kievs: the Manchester food in the papers this weekend 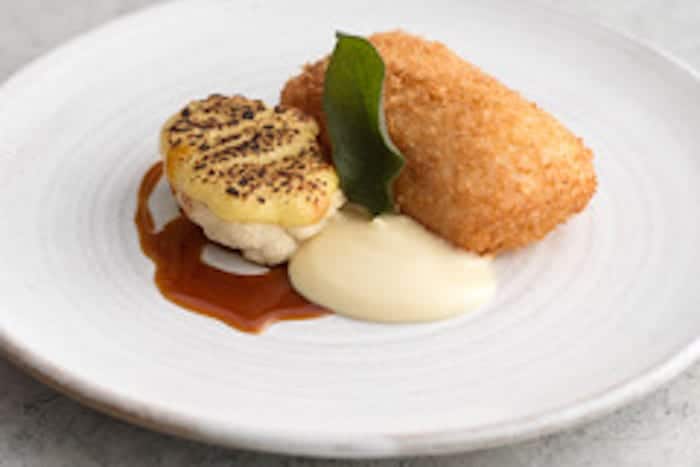 Two rather different Manchester restaurants have made the Sunday supplements this weekend.

The first is Jay Rayner’s review of Live Seafood, on Ashton Old Road, in The Observer.

It’s not exactly a secret, says Jay – many of Manchester’s Chinese restaurateurs will know where it is, a mile or so east of Piccadilly – but it’s still a fairly obscure one. And “utterly, delightfully nuts.”

Jay describes Live Seafood as both a retail and a catering operation, Hong Kong style. There are live turbot, eel and carp in tanks, along with velvet crabs and brown crabs, and in one tank, a king crab “the span of a car tyre,” which could have your eye out.

“Ladies and gentlemen, prepare to meet your dinner,” writes Jay.

Some may find this “repulsive”. But what does the food critic make of the predominantly Sichuan menu?

The seafood is listed as “market price,” warns Jay, so make sure you have an idea what you’ll be paying first. But get it right, and a meal here won’t be some “mere novelty” or simply a “cracking anecdote”.

Rather, it will be a parade of “the best and (obviously) freshest Chinese seafood dishes you will ever have had placed before you.”

The star of the show, he says, is a whole seabass, head and tail still on and the flesh risen up into thick battered fingers, courtesy of some “mind-boggling kitchen knife gymnastics.”

Go with a bigger group, suggests Jay, to make the most of what’s on offer.

Meanwhile, over in The Sunday Times, you’ll find Michelin starred chef Tom Kerridge talking about his new Manchester restaurant The Bull & Bear at the Stock Exchange Hotel, which opens this weekend.

The paper also features a few recipes from the new restaurant – including the much-talked about chicken Kiev.

Located within the grand domed room which was previously the trading floor of the Stock Exchange, The Bull & Bear is Tom’s first Manchester outpost.

The chef had no real desire to open another place, he says, but then he saw the Stock Exchange space and “fell in love with it”.

If it was in another city, he “might not have done it,” he says. But there are personal reasons, too: his in-laws live nearby, and he also has a season ticket for “one of the local clubs”.

Above all, though, he says, the way the Manchester food scene has grown means it “feels right to be part of it”.

This weekend, that’s as true as ever.