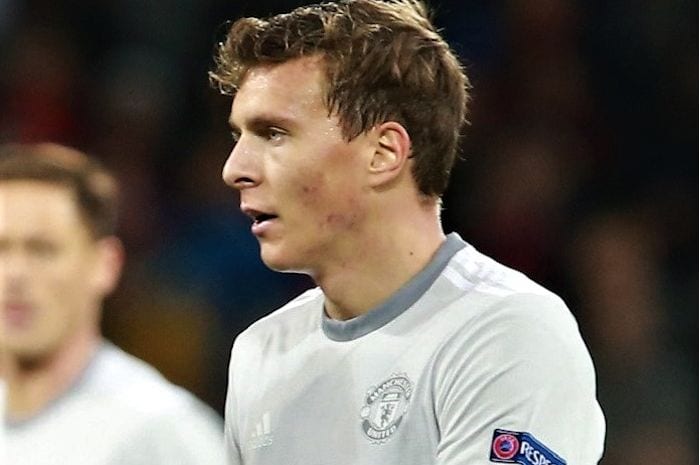 It wasn’t really what the Manchester United fans were expecting, but they got a performance none the less.

United under Ole have been full of attacking ability, quick counter-attacks and tactical nous to exploit the opposition’s weaknesses.

In all the big games, bar PSG, he’s got his tactics spot on. We’ll never know whether he would have done it again against Liverpool.

The injuries in the first half were so disruptive to this United side that it became a game of holding tight. Of focusing on shape and standing firm. They excelled at that, but there were still questions about what might have been.

What could a fully-fit Marcus Rashford have done against a Liverpool defence in which Virgil van Dijk continues to mask all the weaknesses?

The United number 10 got in a couple of times as it was. You’d think a pain-free Rashford would have capitalised.

What could Jesse Lingard have done if he managed to stay on? Would Ander Herrera have had the same pivotal role to play as he did against Chelsea?

But what we can be sure of was the performance of Victor Lindelöf. The Swede was in imperious form once again. He’s quickly gone from a beleaguered laughing stock to head and shoulders above any of our other defenders. No one sees him as a weak link anymore.

It reminds me a lot of Nemanja Vidic when he first came. Signed in January, Vidic took until the following season to settle and show us all how good he was. He was awful when he first came. Unable to read the pace of the game in England and constantly out of position. He was mauled in a derby away at City.

But no one really remembers that now. And why would they, given the way he performed for the club thereafter.

Lindelöf may be a completely different type of centre-half but the similarities in his growing stature all there for all to see. He reads the game exceptionally well, is much stronger than he appears and does well bringing the ball out.

Liverpool, and all their attacking threat, had one shot on target all afternoon: a pee-roller of an effort from Daniel Sturridge from way out. This was in no small part due to the performance of Lindelöf marshalling the troops.

Ole has done so much in his short space of time. He’s brought the fear factor back to Old Trafford, he’s got the players playing in the style that we expect, but he’s also brought a defensive solidity.

He’s also tried to keep a consistent first-choice back four. Lindelöf has remained in the side and it’s just the lack of a real quality partner for him at the centre of defence that’s seen a little chopping and changing.

Chris Smalling played well against Liverpool and both Phil Jones and Eric Bailly have done ok of late. But there’s still no doubt that United need a real quality addition in that position in the summer.

Ole talked last week of his desire to make this United team worthy of history and he knows exactly what the great Fergie teams were built on – a top-class central defensive partnership. From Pallister and Bruce to Vidic and Ferdinand, that’s how you win titles. And that’s what we haven’t had for a long time.

Get that particular piece of recruitment right in the summer and it could be the basis on which to build.

We also can’t discuss the nature of United’s resolute performance without touching on Luke Shaw. The left-back has had a tough time at the club and has often been questioned by the coaching staff and the fans.

He was superb against Chelsea last Monday and outstanding against Mo Salah on Sunday. He’s beginning to show a defensive maturity and reading of the game that may not have been there before. He finally looks like a Manchester United player. Long may it continue.

The positives under Ole keep coming. United move on with the big games coming thick and fast. They head to Paris next week before a huge match at the Emirates on the 10th March. And with the injuries sustained against Liverpool, Ole is going to need this performance level from all of this squad.