So speaks an older, wiser Liam Gallagher in this new documentary from co-directors Gareth Fitzgerald and Charlie Lightening.

Has age mellowed the former rock and roll bad boy? That’s certainly what the film would like us to believe, as it goes out of its way to show us that Liam is the happiest he’s ever been right now.

The film mixes to-camera interviews, archive material and fly-on-the-wall footage (i.e. a camera crew following Liam around for a bit) to tell the story of Liam’s return to music, after the very public break-up of Oasis in 2009. 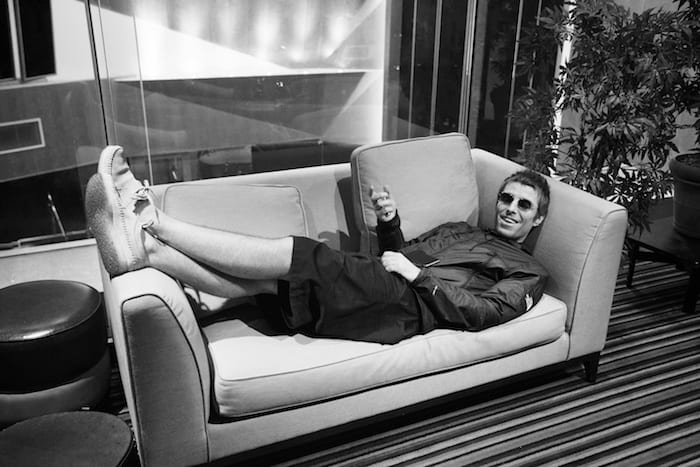 That’s the starting point of this new documentary, with Liam revealing that he hasn’t spoken to Noel in ten years.

It then charts Liam’s attempt to continue without his brother, forming the band Beady Eye with other former members of Oasis. However, the band broke up in 2014, with Liam forced to admit that although he’s written songs, he’s not really a songwriter.

“Okay”, he says, “I’m a songwriter without many songs.”

The film acknowledges that the break-up of Oasis and the subsequent failure of Beady Eye hit Liam hard. It’s illustrated by a pair of cameraphone videos of a clearly depressed Liam trying to get away from it all in an exotic location, sipping a large drink and declaring “Day One – off me coconut. Day Two – off me coconut…”

Things take a turn for the better when Liam begins a relationship with his manager, Debbie Gwyther, the woman he credits with inspiring his renewed focus on his music. 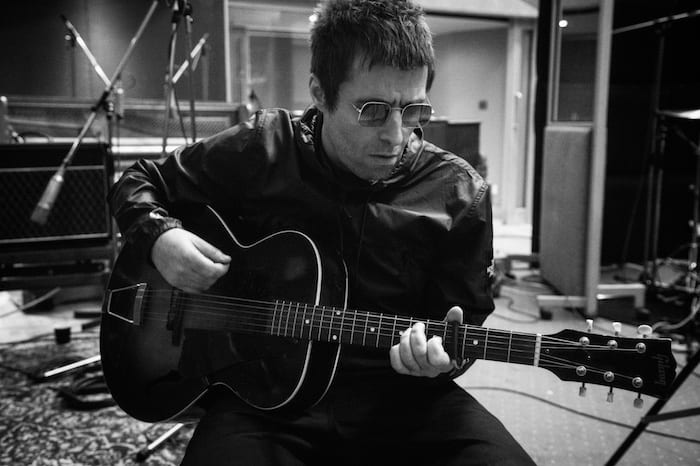 Throughout the film, Liam maintains that he’s never happy unless he’s making music. That’s backed up by the fly-on-the-wall footage, which shows him coming alive in the recording studio (Abbey Road, no less, as befits his lifelong Beatles obsession), laying down the tracks for his successful comeback album, As You Were.

The similarity of the film’s title to the title of Liam’s comeback album (As It Was / As You Were) is no coincidence, given that it’s backed by his record label. In fact, the entire film frequently feels like a promotional exercise for his follow-up album, due later this year.

However, Liam proves such engaging company that it’s hard to complain too strongly.

Highlights include Liam gleefully re-enacting the moment he urinated all over Noel’s stereo when they shared a room in Burnage as kids (“maybe that’s where the whole feud started”); engaging in an inspired rant about a particular brand of tea; and going for a run across Golden Gate Bridge, during which he eulogises about his new lifestyle.

In addition, there’s a great throwaway moment when he does a spot-on, very funny London accent and you suddenly realise there’s a whole side of him we never really see.

He’s also shown enjoying the company of Debbie, as well as his three now teenage children: Lennon, Gene and Molly. To that end, it’s hard not to believe him when he says he’s never been happier. 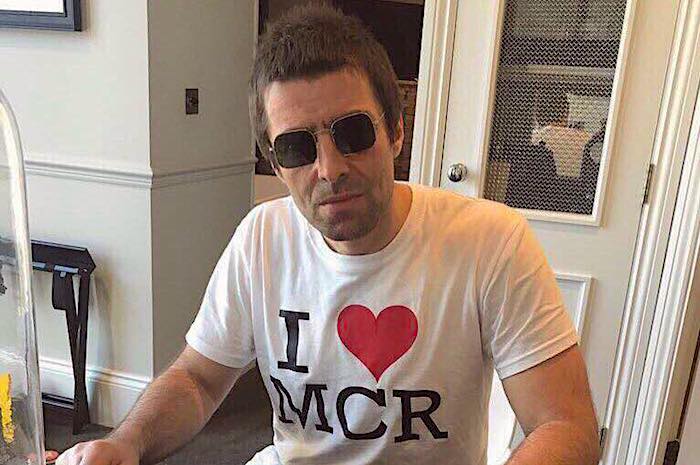 In these sequences, and in some of the fly-on-the-wall footage, there’s a down-to-earth quality and a warmth to Liam that’s genuinely touching.

Interestingly, there are no Oasis songs in the film, as if to hammer home the point that Liam isn’t interested in looking back in anger.

The reality behind that decision is that Noel wouldn’t let the filmmakers use any of the songs.

On the one hand, that serves to focus the film more closely on Liam’s new music. On the other, it means the film isn’t allowed to use key moments, such as Liam performing Live Forever at the One Love concert that followed the Arena bombing.

Some of the fly-on-the-wall footage feels a little restricted, partly because it’s edited together in such a way that we only get brief snippets of wherever Liam happens to be.

However, there are a number of stand-out sequences, not least Liam playing a comeback gig at The Ritz in Manchester shortly after the Manchester Arena bombing and receiving a rapturous reception.

Here, too, we’re denied him singing an acoustic version of Live Forever, but the filmmakers capture the atmosphere in the room and it’s a powerful moment.

It’s also amusing to see Liam spend time with his mother, Peggy Gallagher (“I really should come home more often”, he muses, not entirely convincingly), who seems a formidable character to say the least.

That said, even she can’t mend the rift between her sons – you keep expecting her to spring a surprise Noel appearance on Liam during a home visit, but it never happens.

Overall, the film leaves you feeling that you’ve seen a different side to Liam and there’s something quietly moving about the way he’s come through the difficult post-Oasis period to find his own path.