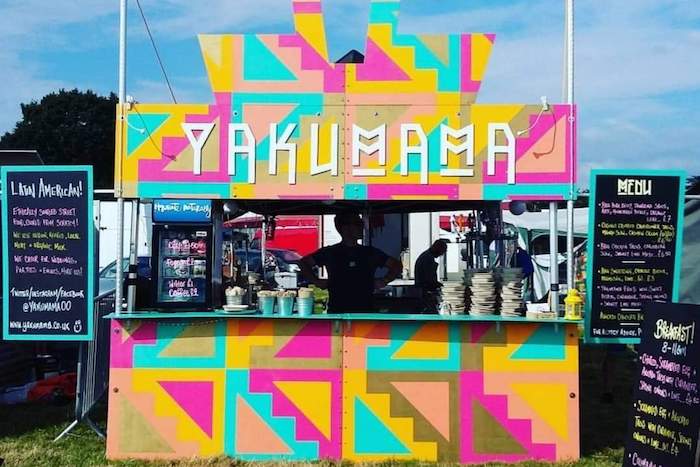 GRUB Manchester championed the pair from the start, so it’s fitting the duo will be making their final appearance there, where it all began, this Friday and Saturday before they shut down the stall and use February to focus solely on their new restaurant in Todmorden.

Hannah tells us about the inspiration behind the award-winning food, what customers can look forward to, and why she was initially reluctant to make the move. 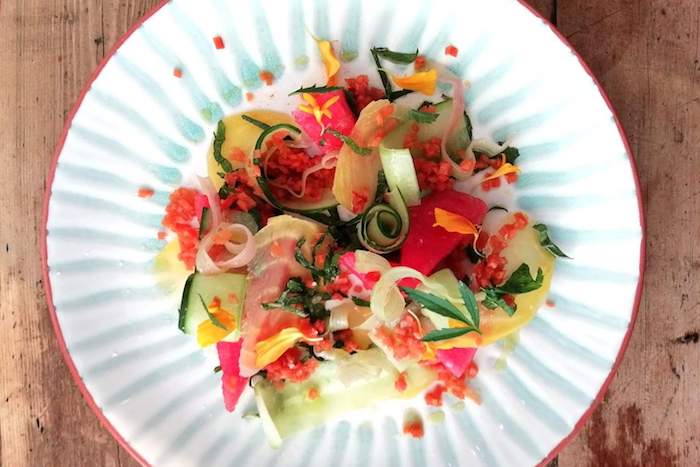 Where did the idea for Yakumama come from?

We’ve always been really into food, but got the idea when we were camping in France six years ago. There was a pizza van and thought we could do something like that. With Marcelo’s parents coming from Chile, we saw a gap in the market for Latin American street food. It was quite a quick decision, really. We got a small business loan and got picked up by GRUB in Manchester and they were helpful in giving us pointers of where we could trade. When we did our first event, we realised how much work was involved, and just thought it’ll be too hard to manage whilst working as well, so gave notice on what we were doing and threw ourselves into it. There was a lot of pressure, but it helped us set up faster.

When did you start thinking about a permanent place?

It wasn’t ever the plan to be honest. We quite liked the freedom of doing street food but then we moved to Hebden Bridge about a year-and-a-half ago. Marcelo was always keen to open a premises but I was reluctant, and then the first time we visited the area, we went into the café in The Old Co-op and I remember saying, ‘If this ever comes up, I would consider doing something here because the space is so beautiful’. Later I saw a sign the café had shut down and Heather, the woman that owned the building, was trying to fill the space with different events. We got in touch with her in April last year and did a few pop ups from June, and then talked about renting it from her full-time. 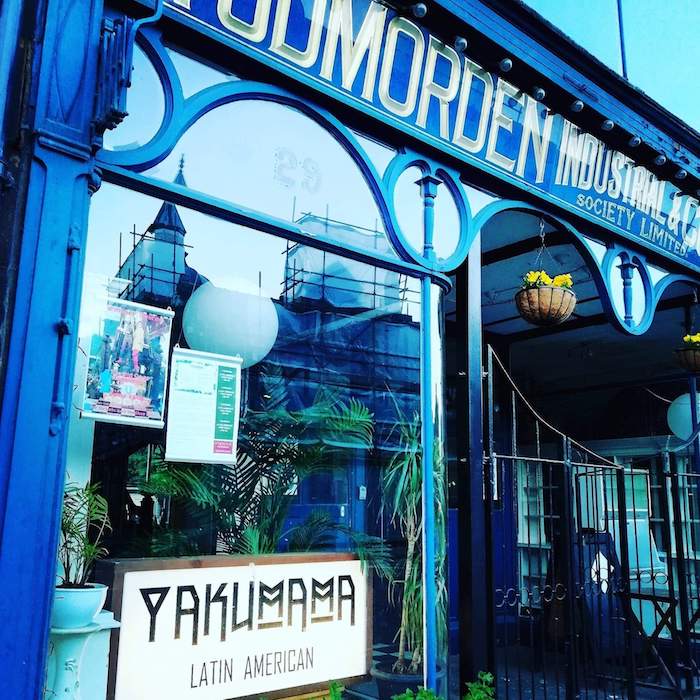 Why were you reluctant about opening your own space?

Just because you’re stuck there then, aren’t you? I quite like the freedom to go off somewhere for a few months but, the reality [of the street food scene] is it’s so unstable and risky, we work all the time anyway, so it doesn’t enable us to do that. I think we’ll have more chance of doing that by building up a permanent place and establishing it and getting staff that can help us.

Has the funding been easy?

It’s all on a mega budget. The only option was to do Kickstarter campaign, which was also a good indicator if people wanted it to happen. We hadn’t been in Hebden long and had traded in the city, so no one knew who we were. The pop ups and Kickstarter were a good way of raising exposure. 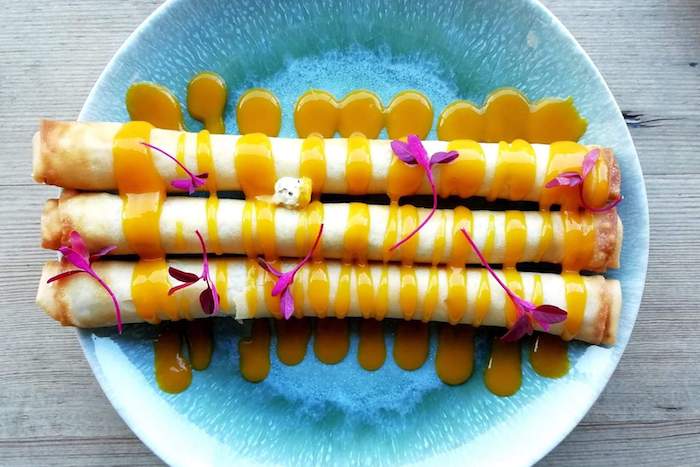 What will be on the menu?

It’ll be mixture of street food dishes and the dishes we’ve been doing at the pop ups, so it’ll be really relaxed with a bar area and kitchen where you just go up and order at the counter. We want to be open to all sorts of budgets as well, with dishes like the popular arepas, as well as small plates based around a sharing menu. We’re changing the menu all the time. It’s Latin American inspired to keep things broad so we do things like Peruvian Chifa, which is Chinese food fused with Latin American ingredients; a dish called Yakudashi Tofu in a Mexican chipotle, porcini broth; crispy wontons with a Peruvian hot sauce we make, and a Brazilian plantain stew. We use local produce as much as we can, including Organic North, which is based in Manchester.

What can you tell us about the drinks menu?

The pop ups are the only time we’ve served alcohol so had a limited bar menu but we’re hoping to really push that side of things. We’ll have some Latin American inspired cocktails, definitely some pisco sours, tequila-based cocktails and some natural wines, vegan wines, and local beers. We’re using Magic Rock because we work with them a lot and then put some guest lines on as well. 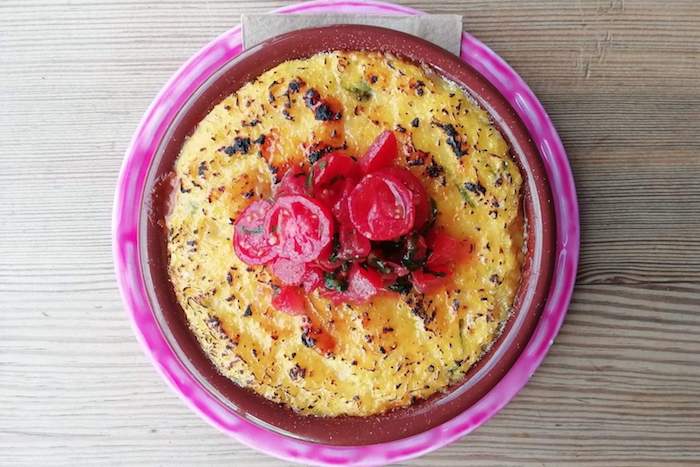 What do you want the feel of the place to be like?

We really love colour so want a big blast of colour and as many plants as we can fit in there, as well as nice lighting so it’s just a warm and welcoming. We want it to be a transient space, so when it’s open all-day on Saturday, we’ll have lunchtime trade, move onto dinner and then turn into more of a bar. We’ve been in touch with local DJs so hoping to get them in on Friday and Saturday nights, and maybe have live music in the future.

Will you miss the markets?

I won’t miss the setting up and breaking down the kitchen every time you work, the constant driving and the weather, which affects trade. It’s just very risky. Just a bad couple of weeks can leave you in a scary situation but we’ve made so many amazing friends as the traders are so lovely, and there’s the buzz of it when you get a really busy event.

Is the end of street food for you?

We’ll have to see how we get on to be honest. I’m not taking bookings for anything right now because that’s just too much to think about. We want to put all our energy into making the new place really good, and not spread ourselves too thin. Initially we’re going to open Thursdays, Fridays, Saturdays and possibly Sundays. It’s important we have at least one day off a week because the days you’re not open you’re doing other stuff to do with work and having that work-life balance is something we’ve not managed to do. I think if you’ve got time to rest, you’ll have more passion and energy to put into the business and make it better.

Yakumama will be at Grub Manchester for a special vegan event on Friday 25th and Saturday 26th January. The new restaurant will open at The Old Co-Op, Todmorden in March 2019.