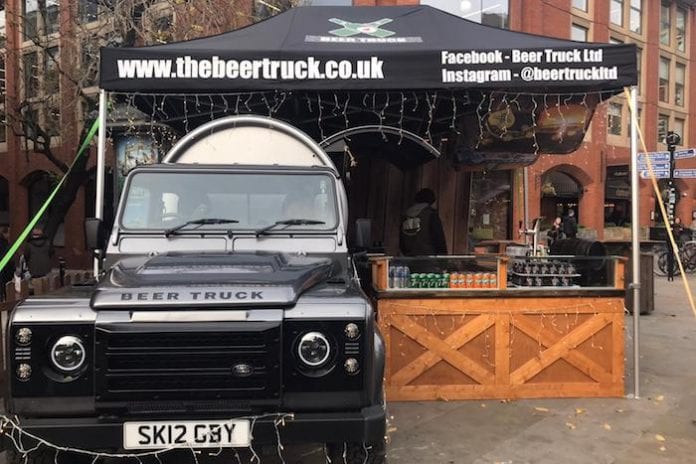 A Land Rover Defender pickup has appeared at the Albert Square Christmas Markets.

Nothing unusual about that you might say. But this is no ordinary Land Rover Defender pickup because the pickup bed has been removed and in its place is a giant beer keg.

That opens up to become a fully operational bar with six different taps pouring craft lager from £4.50 a pint – and it looks epic. 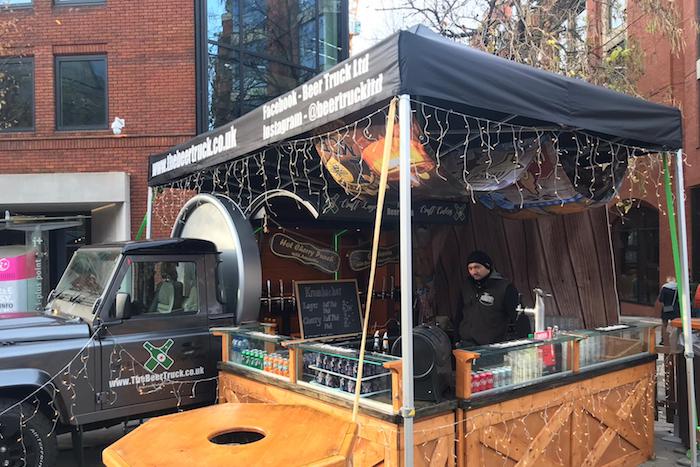 There’s gluhwein too, both cherry and regular, from £5 a mug plus the usual deposit.

The beer truck comes from the same team behind the amazing smoking gin cocktails, which are already proving a hit. 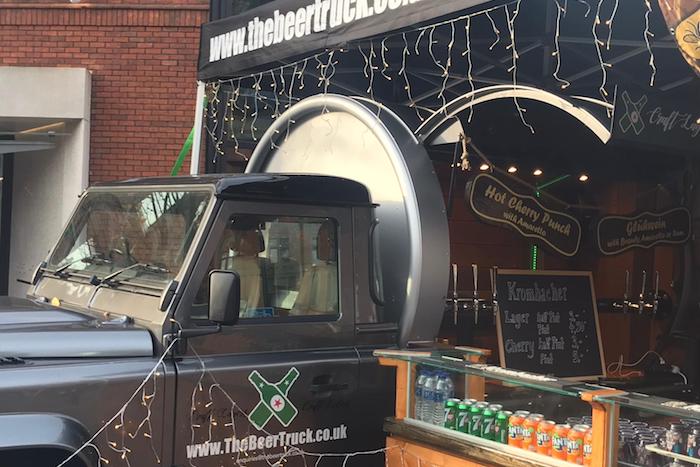 The self-sufficient beer truck runs from its own power supply and has the ability to store and pour ice-cold bevs with a little help from the beer coolers and spare kegs stored in its trailer.

It opens today serving up a mix of pale ales and craft lagers, giving you yet another reason to stop by the markets (as if they weren’t tempting enough).

Sorry Coca Cola, it looks like you’ve got competition. We’ll take a beer truck over fizzy pop every time.