The Manchester Christmas Markets are now in full swing – and even visiting superstars can’t resist the lure of the festive stalls.

Over the opening week of the markets, singing superstar Christina Aguilera, Hollywood actor Neil Patrick Harris and members of girl band Little Mix have all been spotted separately checking out the quirky gift and food stalls and soaking up the general festive atmosphere around the city.

American singer Christina posted a photo on Friday from her visit to Albert Square, the busiest hub of the markets, as she and her pal both raised the official Manchester Christmas mug to the camera.

The chart-topping megastar, known for mega-hits like Beautiful and Fighter, captioned the photo: “Nothing like a Christmas village in Europe”.

Nothing like a Christmas village in Europe! 🧣🌲☕️ pic.twitter.com/cKXykCtfKW

Incredibly, her festive visit fresh from entertaining thousands at her Manchester Arena concert last week, appears to have passed by relatively unnoticed.

Perhaps that was thanks to her white hoodie and baseball hat cover up – although Manc fans were gutted they missed her.

Among the choice comments in response to her Twitter post from fans were: “Fumin’ I didn’t go and try and spot her” and “OMGGG we were there at the same time!!!”.

Also flying under the radar with a visit to the Christmas Markets were members of girl band Little Mix, on a break between their run of huge gigs at the Manchester Arena last week.

We spied the band’s Jesy Nelson in a casual ensemble walking her adorable pet dog with pals as she browsed stalls on St Ann’s Square. 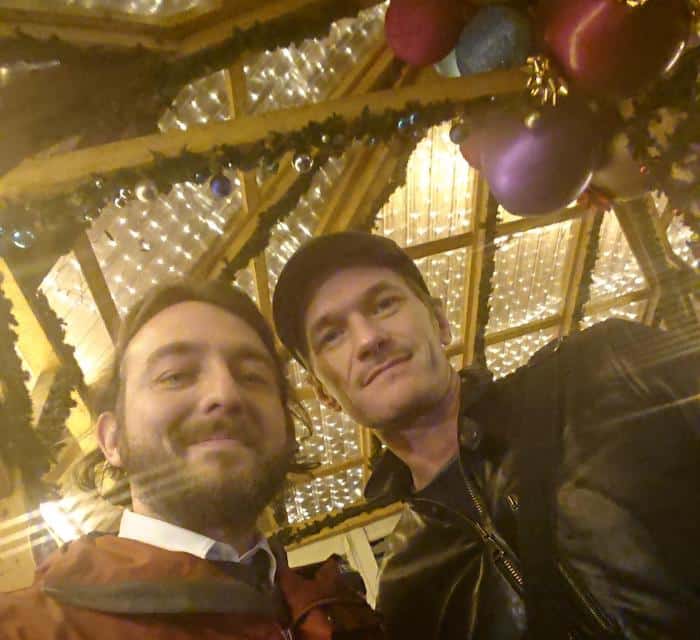 The Doogie Howser MD and Gone Girl star happily posed for this picture with fan Neil Murray who spotted him in amongst the baubles at the weekend.

No word as to what brings the actor to Manchester, although we’d like to think it was the lure of the city’s festive cheer at this time of year.

The Christmas Markets officially opened for business on Friday, November 8th, and will run in the city centre right up until December 24th on Albert Square.

Check out our essential guide to everything new and what’s where at the markets this year.