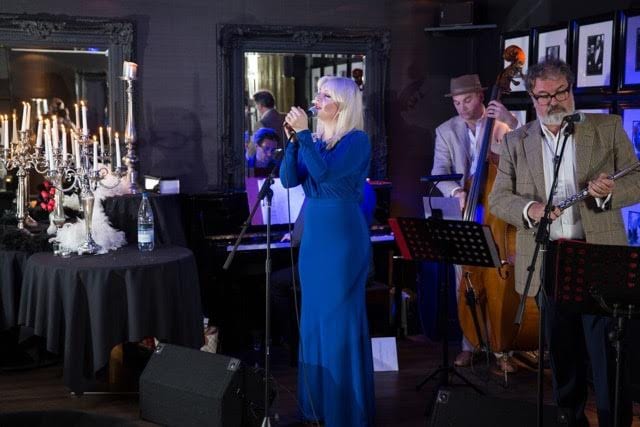 La Gitane is downstairs at the Cafe Istanbul restaurant on Bridge Street and is the first jazz club to open in Manchester since 1999.

The launch night saw performances from singer Manchester chanteuse Lucy Hope and legendary Manchester face, Matt Nickson, founder of Matt and Phreds, who has been one of the main driving forces behind jazz and live music in the north west for the last 25 years.

Matt will be overseeing the music performances at La Gitane and is looking forward to bringing in the best jazz musicians in the coming months.

To match the luxurious surroundings, the club will operate a smart dress policy. The club will be open every Thursday to Saturday from 9pm until late with table reservations available via CaféIstanbul.

Owner Sacit Onur, who ran a jazz club of the same name in the 1990s just a stone’s throw away, said, “It’s fantastic to see such a variety of people enjoying La Gitane tonight. It is a brilliant venue and I’m so pleased to have Matt involved with the music side. I’ve no doubt the people of Manchester will be as excited as we are to have a new jazz bar in town.”

Café Istanbul is one of Manchester’s longest-running independent restaurants and celebrates its 35th anniversary this week.