Just how good is Marcus Rashford? 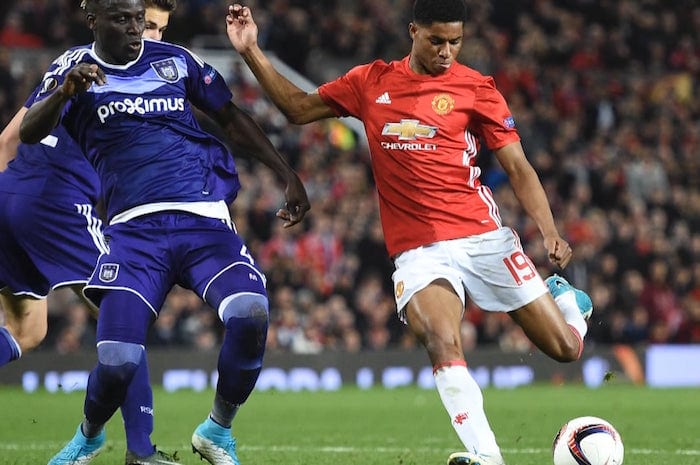 Marcus Rashford has had a stunning start to the season. So far, the 19-year-old has five goals and four assists and looks every bit the player we all hoped he’d be when he first burst onto the scene 19 months ago.

His performance against Palace at the weekend was spellbinding. He devastated Joel Ward down the United left, turning him brilliantly and accelerating past him with lightning speed before having the calmness of mind to slide the ball to Juan Mata to slot into the net. His cushioned pass of the shoulder later in the half illustrated just how high his confidence level is.

But just how good is he? And how good could he get?

We’re not talking about him as much as we should in this country, according to Phil Neville.

He believes he should be considered in the same bracket as recent big money signings Neymar, Ousmane Dembele and Kylian Mbappe. The Class of 92 graduate said:

“Everybody praises Ousmane Dembele and Kylian Mbappe but nobody talks about Rashford in this country. Because he’s English we just say ‘he plays on the left wing, he’s ok’. Rashford is every bit as good as those two and can be in the future because he is improving every season.”

The first thing to say about Rashford is that he lives for the big occasion. He memorably scored twice on his debut, thrust into the action in the Europa League at home against Midtjylland. Impressive, but perhaps not as impressive as following this up with another two goals at Old Trafford on his Premier League debut. This time Arsenal were the opponents.

He also hit the net on his League Cup debut for United and last month added a debut goal in the Champions League. He now also holds the record for the youngest ever debutant scorer for England. Add to this, a fantastic goal away at City in the derby in 2016 and it shows a young player with a knack for the big occasion.

In his short career, he’s now won the FA Cup, League Cup and Europa League – to put that into context that’s more than current England manager Gareth Southgate got in his entire career.

All this suggests Rashford is pretty good. But it hasn’t all been headline-grabbing scintillating performances.

Last season, the Wythenshawe youngster went on a barren run that saw him fail to find the net in the Premier League in over six months. He never gave up though and kept going. He was rewarded with a fine end to the season. And he’s carried on that form this season.

Last season was undoubtedly when Mbappe really showed his quality. The Frenchman scored 26 goals in all competitions and excelled in Monaco’s Champions League run. For Rashford to be counted in the same league, he’ll need to hit those heights in terms of goals, light up the Champions League and have a defining hand in a title-winning team. He could well do that this season.

There was so little hype about him coming through the ranks at United, that first teamers asked who he was when he first started training with them.

He also wasn’t even mentioned as part of the squad in the programme the night he announced himself to the world in the Europa League.

Compare that to Ravel Morrison, another Wythenshawe lad, who was hyped before kicking a bill in the first team, and Rashford’s quiet rise looks all the better.

Also, compare him to another England wonder kid who stole the limelight at such a tender age, who grabbed the world’s headlines and then was constantly beaten down by the press for never truly hitting the heights he promised.

Wayne Rooney may be gone from Old Trafford, but Rashford will only be too aware of the treatment doled out to United’s all-time record scorer.

He’ll probably score for England again this season and might even outscore Mbappe. If he does it in his quiet understated way, all Reds should be happy.