The shortlist for the Theakston Old Peculier Crime Novel of the Year 2022, presented by Harrogate International Festivals, has been announced today, with six bestselling authors competing to win the UK’s most prestigious crime writing prize.

The coveted award, now in its eighteenth year, celebrates crime fiction at its very best.

And this year’s shortlist takes readers from newly independent India to the tension of a remote Fenlands cottage, from a nail-biting missing persons investigation in Manchester to the wilds of North Norfolk, and from the hedonism of Georgian London to the murky world of international espionage.

Included on the shortlist is Joseph Knox, whose time growing up in Manchester influenced True Crime Story, which blends fact and fiction to tell the story of a 19-year-old student who disappears from a party at her Manchester university halls and is never seen again.

Joseph, who was selected by Val McDermid as a New Blood panellist in 2017, was longlisted for the Theakston Old Peculier Crime Novel of the Year 2018 for his thriller Sirens, but has never previously reached the shortlist stage. 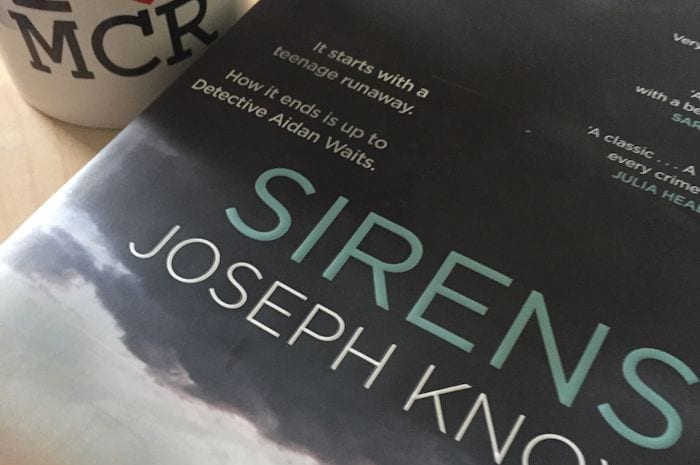 The shortlist was selected by the public from a longlist of eighteen novels, with a record number of votes being placed this year.

None of this year’s shortlistees have ever taken home the prize before, making the competition even more tense.

The other five novels shortlisted for the Theakston Old Peculier Crime Novel of the Year 2022 are: The Night Hawks by Elly Griffiths, Daughters of Night by Laura Shepherd Robinson, Slough House by Mick Herron, Midnight at Malabar House by Vaseem Khan, and The Last Thing to Burn by Will Dean.

The public will be able to vote for their favourite shortlisted book from Tuesday, with a winner being revealed at the first night of the Theakston Old Peculier Crime Writing Festival.

“We are delighted to announce this year’s Theakston Old Peculier Crime Novel of the Year shortlist, featuring six novels by some of the most exciting crime writers working today,” said Sharon Canavar, Chief Executive of Harrogate International Festivals.

“Whisking readers around the world and through time, this shortlist is a fantastic demonstration of the variety to be found in crime fiction.

“The public have a tough task ahead choosing just one winner and we can’t wait to see who they vote for!”

The public are now invited to vote for a winner at harrogatetheakstoncrimeaward.com. Voting closes on Friday 8th July, with the winner to be revealed on the opening night of Theakston Old Peculier Crime Writing Festival, Thursday 21st July.