Johnny Depp “tired of LA lifestyle” and moving to Manchester?

According to a news report, Mr Depp wants to "live in a place full of real, genuine people" and wants to relocate to Manchester 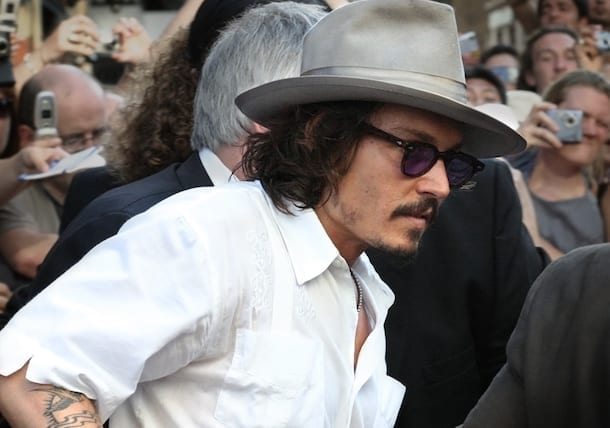 Social media has been going ape at the news that, according to online news source News Daily 27, Hollywood actor Johnny Depp is moving to ‘the Manchester, England area’.

Apparently Mr Depp is “tired of the L.A. lifestyle” and is looking for a big change in life.

“I’d rather just live in a place full of real, genuine people. I’ve been to Manchester, England a couple of times over the years and the people there are real… they’re genuine, and yeah every community has its problems but the people there are good, decent people and they care about their community. Those are the things I find most important in deciding where to live,” Mr Depp is reported to have told an interviewer.

Cue huge excitement on Twitter and Facebook and lots of invitations from (mostly) female admirers offering to make him a cuppa and do his cleaning, and speculation that he might be filming Pirates of the River Irwell.

The bad news is that it’s not true.

According to the website thatsfake.com, it’s just one of a number of hoaxes spreading across Facebook and Twitter that claim that various celebrities are “tired of the L.A. lifestyle” and have chosen to move to a particular location.

“In every single case we have investigated, the rumours are false. No mainstream media reports have surfaced collaborating any of these stories.”

The good news, however, is that we have been informed by a reliable source that Leonardo DiCaprio has been spotted house hunting in Crumpsall.

I mean, Manchester is great and all – and you’d be very welcome, Johnny Depp – but it’s not the Île de Ré

Johnny Depp Explains Why He’s Moving to #Manchester, England! – We might have a new neighbour… https://t.co/U2egt3xaNR #JohnnyDepp

Oh I’m sure we’d be able to find #JohnnyDepp the perfect pad in our wonderful city #MCR! https://t.co/xLTeWKQkoM pic.twitter.com/4LyanVsOXt