Joe Gilgun on Brassic, being bipolar, and why he loves Dominic West 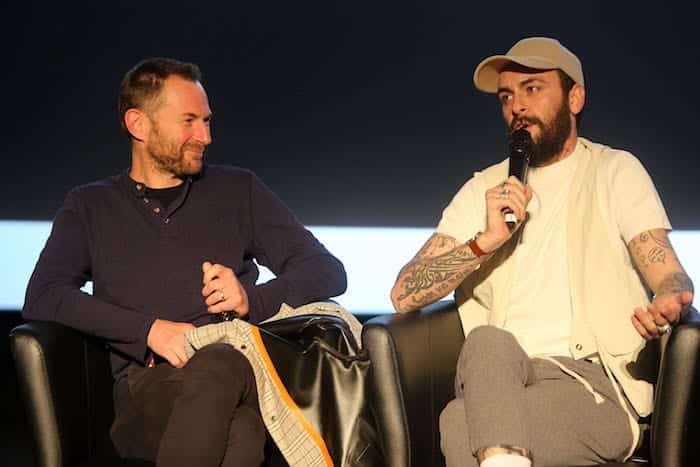 Joe Gilgun is a force of nature when he bursts into the room following the Manchester premiere of his new show Brassic.

“I’m so intense, I drive myself mad,” he says, grasping a beer and relaying, in an unfiltered stream of consciousness, how he had to panic buy an outfit for the screening.

“I bought all the s**t off a mannequin in Zara. Pissed out my head, baked cos I can’t handle this s**t, and then I had to stand in front of an audience. Thank god I took some Xanax, know what I mean,” says the 35-year-old actor who co-created Brassic based on his own experiences growing up in Chorley.

“I’ve got so many ideas, tons of stuff I want to talk about, I never stop thinking. My head never rests, I wish it would. Folks tell me to rest all the time but f**k me, I have no idea how people do that. I’ve not eaten a single thing all day. I forget to eat. I forget you need to fuel yourself.”

He’s a charismatic storyteller, shifting between hilarious anecdotes from his life, and heartbreaking honesty about being bipolar, which is what led to Brassic. That and an unlikely friendship with Dominic West, which they forged while filming 2014’s Pride.

“We’re an odd pair. He’s incredibly posh and lives in a castle and I’m a f**king vagrant who lives in the woods, but we just get on. I’d tell him these stories about some of the s**t I’d get up to and he said, ‘you should do something with it’. He put me in touch with [the producer] David Livingston who said ‘we’re going to need something on the page’,” recalls Joe.

“I can’t write, I’m useless, and me and Dave end up with this pirate’s map of s**t. So, we bring that to David who tells us it’s nonsense, and we realised we needed someone to unlock the door, and that man is Danny Brocklehurst. And we just hit it off.”

He jokes that Danny, who’s written Shameless, Exile and Ordinary Lies, finds him infuriating, but they work well together. Over time, the series began to take shape, although today Joe’s amazed it’s a reality.

“It’s a very working-class thing to go, ‘Oh, maybe we are worth listening to’. I feel like they [Sky] have made a mistake. Do they really want to invest in these two criminal reprobates?” 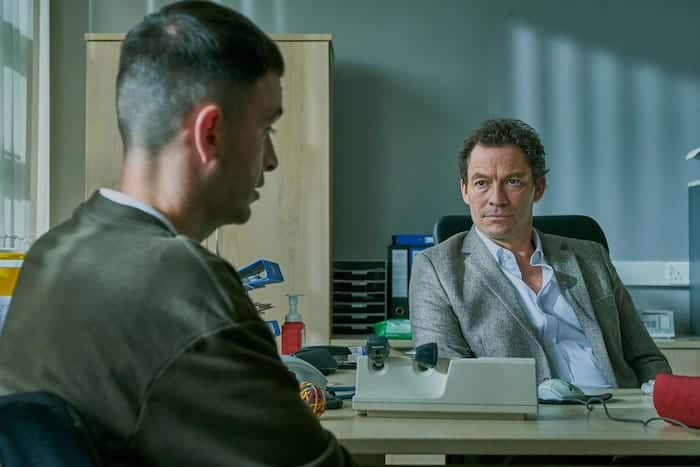 Dominic had told Joe that if he ever made the series, he’d make time for the shoot, which explains his unexpected appearance as Vinnie’s doctor.

“It’s hilarious we’ve got him. It’s so f**king cool he’s done this cameo. He’s the real deal, a man of his word. I’ve got so much respect for that dude, and not just because he’s a nice man and an enormous character.

“He once turned up to my gaff with a bloke from the Cirque du Soleil and a two litre Evian bottle of IPA and we just got hammered on my balcony. I love him.”

Brassic is set in the fictional town of Hawley, where Vinnie and his mates, including best mate Dylan (Damien Molony), get by through inventive, often criminal, means. They might steal cars, Shetland ponies and cash but they’re not bad lads as such.

“I’m telling you my story and I owe an awful lot to Chorley,” says Joe.

“I really feel it’s the people that make the town what it is, the characters, the warmth and the kindness. There is a real character to that town. It’s got a proud past, a milling town, where everyone had the same job, got paid the same wage, went to the same boozer.

“There was this feeling of equality, this bond between men and women.

“The Manchester to Liverpool canal was built as result of the huge amount of cotton built in that town and now we’re left with a f**king B&Q and some fancy roundabouts.

“In that sense I have beef with Chorley. But the people wouldn’t be who they are, and I wouldn’t have got to where I have without it, so I owe an awful lot to it.”

When he’s not filming, Joe, who’s starred in This Is England, The Infiltrator and Preacher, lives in what he describes as “a derelict house in the woods”.

“I’ve always done it at times of stress. Where I’ve had a bit of collapse mentally, I go and separate myself from everyone. I think, I’m going to f**k off to the wilderness and live on rabbits. But I’m a chav and I don’t know what the f**k I’m doing. I find myself living in this a tent within the house because there’s this massive hole in the ceiling. I make terrible bipolar decisions.”

It was always his intention to portray bipolar on screen.

“I understand it makes me a bit vulnerable being as honest as I have been, but all the bipolar stuff, down to the medicine, is accurate. These are my symptoms.

“The thing with depression is it’s not all sadness. There’s a lot of frustration with prolonged depression, it can make you very angry and hard to be around,” explains Joe, who considers himself fortunate to be able to have therapy every week, and who also runs for hours at a time.

“What you’re seeing here is a manic high and I’ve got not control over it. I said to Dave earlier, ‘I can’t come down with all this stimulation’, but when it calms down, it calms down and I’ll go back into a lull. So tomorrow I’ll probably be quite irritable.”

Brassic’s received rave reviews from critics and viewers so, although there’s no official statement about a second series, Joe hints it could already be underway.

“Part of the reason I’m on a such a high is the not knowing, wink, wink, whether we have a second season. Is there something in my eye?” he quips. “We might have one, we might f**king not.

“The worry is the second album syndrome. But that doesn’t seem to be a problem. It’s hysterically funny.”

All the episodes of Brassic are available now on Sky and NOW TV.