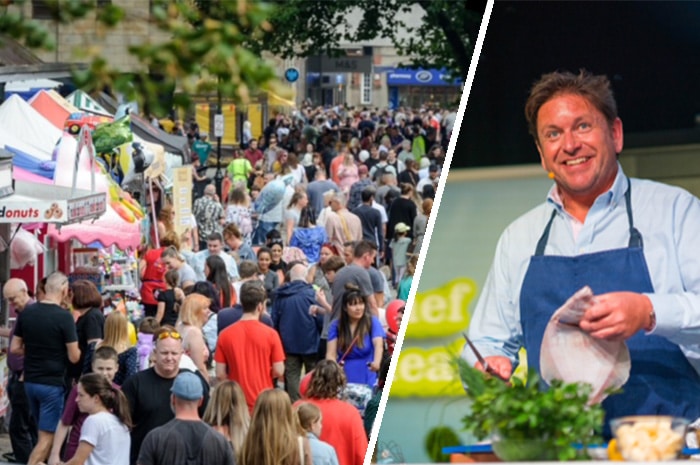 “You wouldn’t get away with that in Bolton,” laughs James Martin after creating a simple scampi dish that’s served at an expensive London restaurant.

The 17th annual Bolton Food and Drink Festival was the biggest and best yet, as nearly half a million people enjoyed great food and entertainment in the Bank Holiday sunshine. 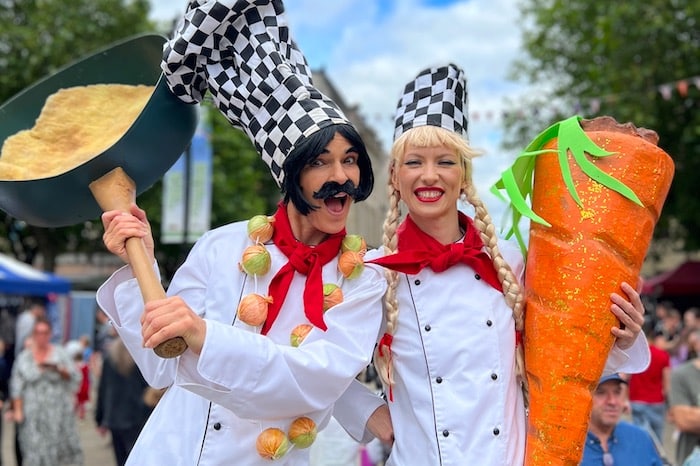 Independently verified figures have confirmed that 460,000 people visited the town centre over the four days, a new record for an event that has a growing reputation as the UK’s best.

Among those to hail, the success of this year’s festival was Monday’s headliner James Martin. 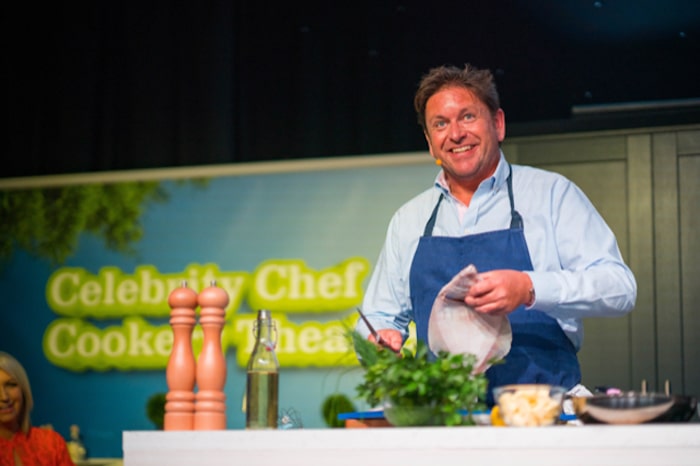 The popular TV chef said who has a restaurant in Manchester city centre: “It is amazing to be back at the Bolton Food and Drink Festival, over the 12 years I’ve been doing the festival I have seen it morph into something spectacular.

“It is the biggest food festival in the UK and probably the biggest in Europe, it’s pretty incredible.

“It has become so popular that it is dragging in people from all corners of the UK as well, which is brilliant.”

James rounded off an impressive line-up of chefs appearing at this year’s festival, a list which also included Si King of the Hairy Bikers, Ainsley Harriott and a host of local and regional favourites. 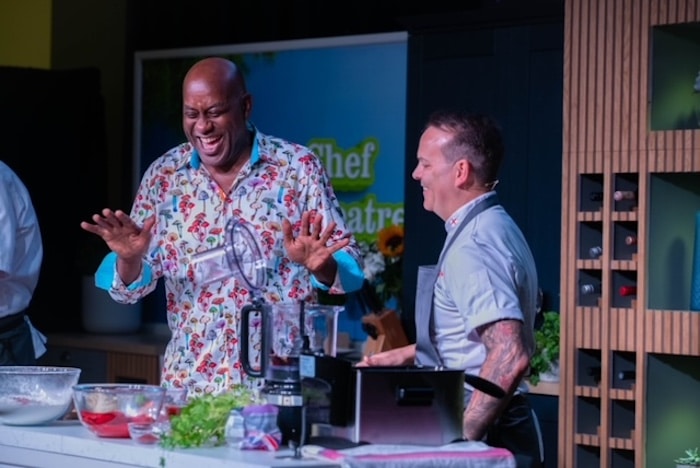 This year, for the first time, the celebrity chef demos were held in the spectacular Albert Halls with the new choice of venue proving popular with performers and audiences alike.

In the town centre, crowds flocked to 180 market stalls offering cuisine from around the world, as well as a selection of arts, crafts and gifts.

Families were able to enjoy a variety of free entertainment from live music and street performances to children’s activities and cookery classes. 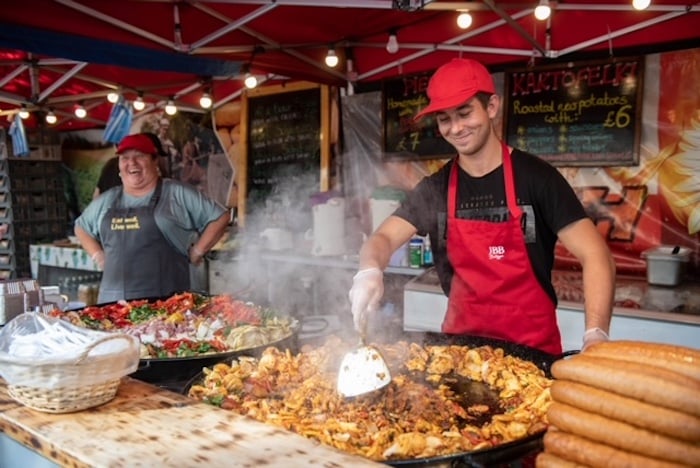 New for this year was the festival wristband which gave visitors access to a wide range of offers from participating restaurants, pubs and cafés from across the borough throughout the whole of August and September.

This year’s festival was also the greenest yet, with a focus on local produce, sustainable practices, vegan options and recyclable packaging.

A number of this year’s chef demos featured sign language interpretation from Bolton Deaf Society, part of a commitment to make the festival more accessible for all residents. 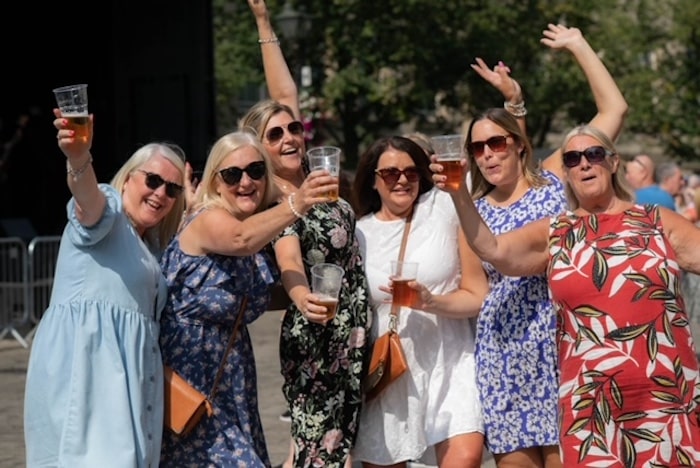 “It was great to see Bolton so busy this Bank Holiday Weekend,” said Bolton Council Leader, Cllr Martyn Cox, “and these figures reflect the hard work that is going into making our town centre a more vibrant and exciting place to visit.

“Bolton Food and Drink Festival is rightly regarded as a major national event, and events like this have a vital role to play in our ongoing town centre regeneration project.

“This weekend will have also given a significant boost to the local economy, with the new festival wristband initiative supporting and promoting hospitality business right across the borough.

“This was a real Team Bolton effort with a great deal of hard-working going into making the festival a success.” 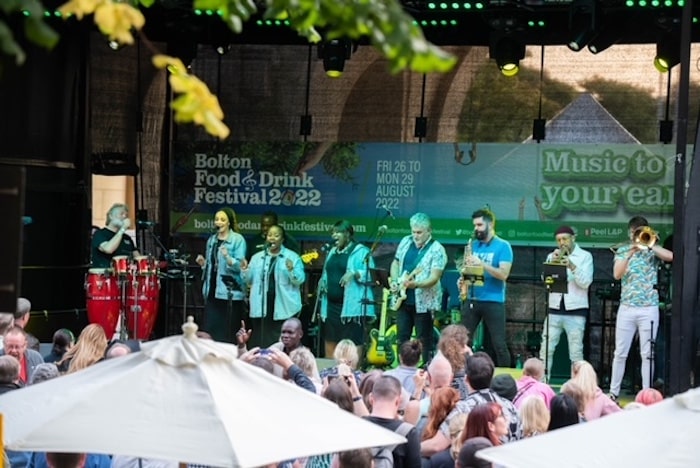 “This weekend proved yet again that nobody throws a party quite like Bolton,” said Bolton Council Deputy Leader, Cllr Hilary Fairclough.

“With so much on offer, it is not hard to see why this was another record year for the festival.

“James Martin certainly wasn’t wrong when he called it the biggest and best food festival in the UK, if not Europe.

“I would like to thank our sponsors and supporters who made this event possible as well as all those who came along to enjoy the festival. We look forward to welcoming you back again next year.”