UPDATE 30th August: According to James Martin’s social media, though the lunch event will still take place, the car collection will no longer be on display because of the Extinction Rebellion protest taking place in Manchester this weekend.

It’s no secret that James Martin is a fan of classic cars. In fact, the celebrity chef owns 15 of them.

And this weekend, for one day only,  you’ll be able to share his enthusiasm when he brings some of his stunning collection over to the Great Northern.

The Supercar Sunday event on 1st September offers a rare look into James’s car collection, and there’ll be plenty of opportunities for photos both with the magnificent motors and with the man himself.

This year, James and his friends will be bringing a selection of his own classic and supercars as well as a number of vintage rally cars from Audi, Renault and Subaru. 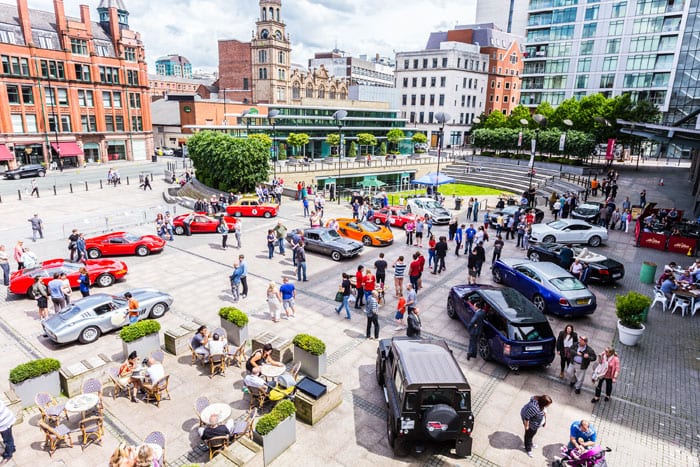 And while cars will include at least one Ferrari from James’s own collection, there may also be one or two that are a little less glamorous.

“I recently bought a JCB,” he told the crowd at a recent dinner the chef hosted in his eponymous Manchester restaurant.

And though it’s not a supercar, James might just bring it with him to Great Northern Square for the event.

“It’s my pub car, and I love it,” he laughed about his new acquisition.

“Me and the dog just go to the pub in the JCB, it’s great. And nobody double parks you in it.” 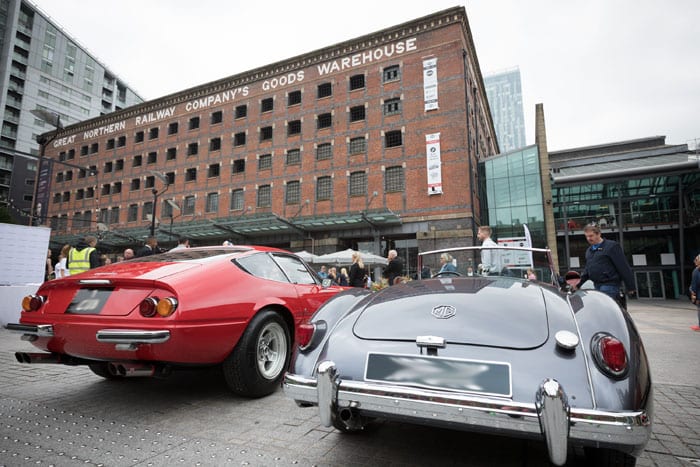 But the special event isn’t just about the cars. What would a James Martin event be without great food?

From midday, you can book in for a special Supercar Sunday roast menu at James’s modern British restaurant. 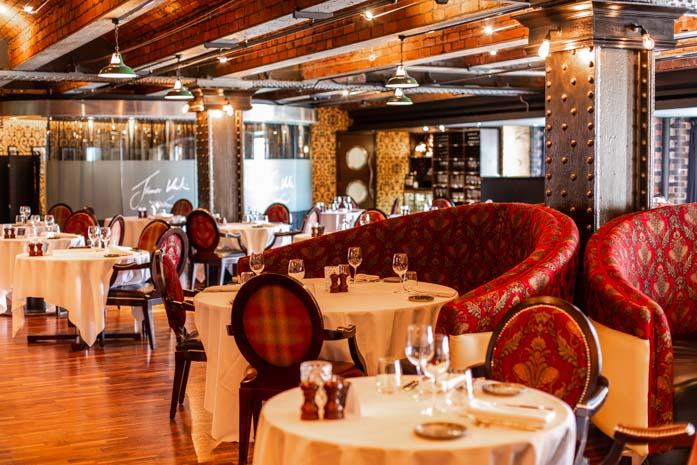 And it just wouldn’t be a proper James Martin experience without an indulgent pudding.

Those with a sweet tooth can tuck into hot sticky toffee pudding with salted caramel ice cream, or a rich, boozy white chocolate and whiskey croissant butter pudding with whiskey ice cream and crunchy honeycomb.

Or if you’re more of a savoury fan, you can go for a selection of British cheeses with homemade crackers.

So whether it’s supercars or supercharged Sunday roasts that you’re into, Supercar Sunday has you covered.

Booking is advised for the Supercar Sunday roast on 1st September at James Martin Manchester. Supercars and book signing are free entry and do not require booking.