With the first anniversary of James Martin’s restaurant in Manchester235 came an extravagant SIX course meal.

“…a sparkling yet
homely affair…”

If you’re anything like us, you will have had very little clue, despite what you may have gleaned from The Great British Menu, what one of these meals actually consists of.

Let me enlighten you. First there is the Apertif (of Moet & Chandon, natch), then there comes the food: the Amuse, followed by the Starter, Fish Course, Main, Pre-Dessert and Dessert. In this case, most courses are punctuated with more Moet.

In case you hadn’t already guessed, James Martin Manchester doesn’t do anything by halves, and has been proving so throughout its first successful year atop the mezzanine of the 235casino. 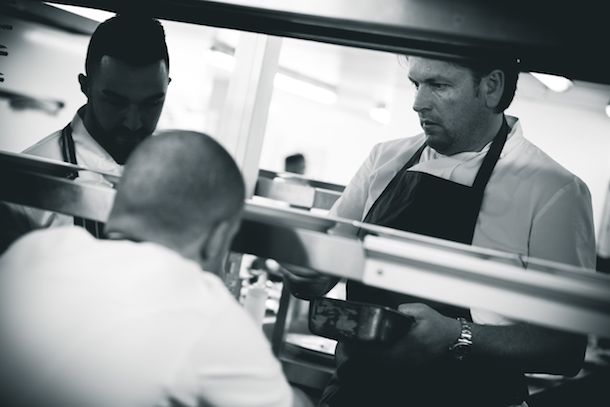 The space is truly beautiful, and its familiarity ties well into the pleasant cosiness of the food. A blend of rustic and audacious; it’s a trussed up country kitchen.

This cosy patriotism converts nicely into our food, which could have come straight out of a Jane Austen novel; foie gras, seared tuna, and treacle roasted fillet of beef that could have been shared by an affluent, rural Victorian family.

The difference? Plenty of champagne.

James and his team pulled out all the stops to re-present his restaurant as a sparkling yet homely affair, the service seamless; the dishes endlessly perfected – indeed, one mousse took two chefs two days to complete! 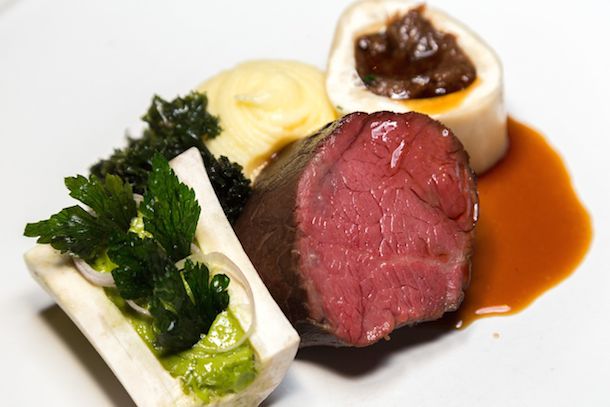 Our press table was surrounded by enthusiastic diners: clear fans of the genuinely charming TV chef. And it’s hard to imagine they were disappointed. James twice addressed the room as a whole with his naturally commanding humour and good nature, and finished the evening spending hours chatting to people individually.

Charming of course, but what really matters is the food, and the impeccably well though out dishes also went down marvellously with the guests. The room was particularly enamoured by the white chocolate and whisky croissant butter pudding with single malt ice cream, which James (hopefully) joked was a “2,000 calorie dish.” 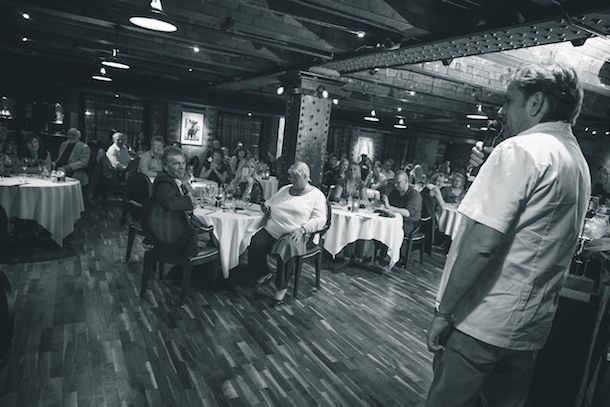 “This whole evening is nicked recipes,” he quipped, after explaining the origins of some of the event’s courses had been inspired by previous cheffing jobs.

Too modest to admit it, what he really meant is that years of experience and trial and error have resulted in a menu that is both cosy and extravagant. Still a fabulous and glamorous spot for a real British masterpiece.