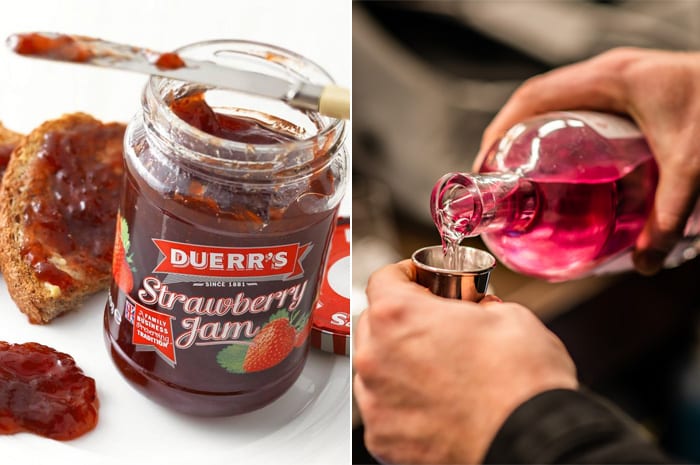 When I Love MCR® decided to create a new Strawberry Jam Gin, it was a no-brainer as to where the main ingredient would be sourced from – Duerr’s, one of the oldest family-owned jam makers in the country, based right here in Manchester.

“Often the best ideas come from people getting in touch and asking if we can work with them on a product,” says sales and marketing director Richard Duerr, whose great, great grandparents Fred and Mary founded the company in 1881.

“We were contacted about the strawberry jam gin and tasked with creating a jam with a good strong strawberry flavour, so the product we created is 66% fruit.”

It’s rather fitting that one of the ways people often upcycle the Duerr’s distinct jars is to use them as drinking glasses.

“It’s pretty trendy to have a gin and tonic in one,” he adds. “It’s one of lots of ways we encourage people to reuse them as they’re very easy to clean. We take our green credentials very seriously: we don’t send any waste to landfill and try and recycle as much as we can.” 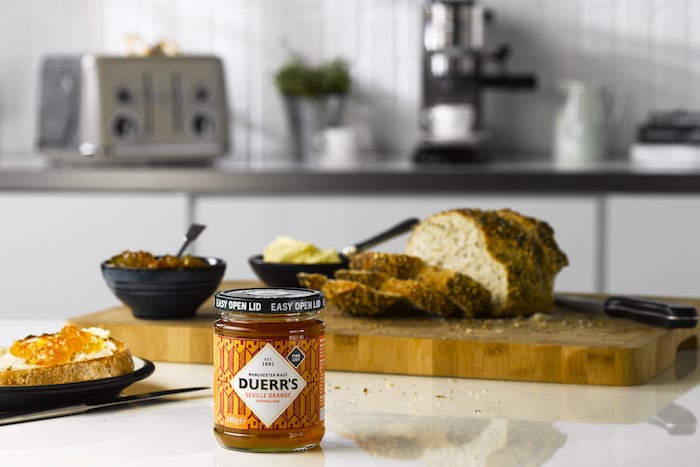 Although there have been iterations over the years, the company’s made a point of not “moving too far away from [its] roots”.

“We still use traditional manufacturing techniques where we can,” says Richard. “It’s picking the best ingredients, not adding anything unnecessary. A lot of the guys we have in the factory have been here a long time and know a lot about it. Broadly speaking, the recipes we use today are similar to what Mary would’ve used back in the day.”

Mary Duerr was the creative force behind the company. It was her talents as a jam maker that prompted a buyer for Manchester’s newly founded Co-op to say they’d buy as much jam as Mary could make.

“They started a little factory in north Manchester,” says Richard. “At the time there was a lot of concern about unnatural ingredients and people doctoring things, and Mary and Fred became known for their pure and natural ingredients, and that they could be trusted.”

The company’s faced its own challenges over the years, such as sugar rationing during World War Two.

“In those days, they’d ring up the customer and tell them how much they could have rather than fulfil orders of what they wanted,” says Richard, but there’s been plenty of success too.

The Duerr name became synonymous with innovation thanks to Richard’s ancestor Edgar Duerr. 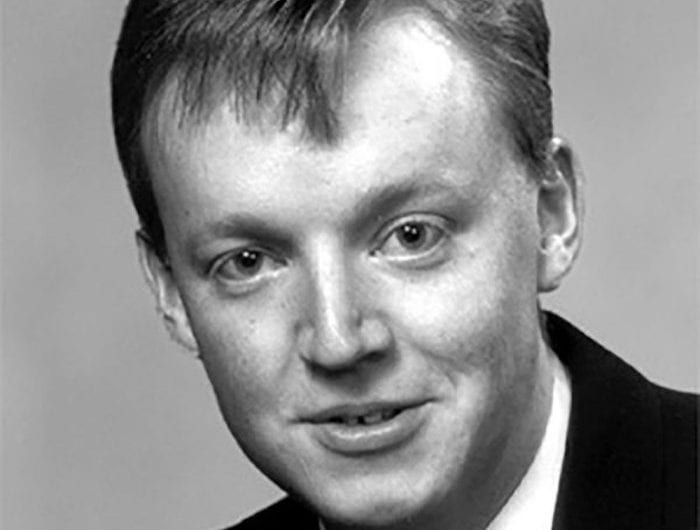 “He was a bit of an inventor and a very keen yachtsman so invented a number of things including the collapsible pocket periscope that was used in World War One trenches. We also have copies of letters he sent to the government after the war where he’d designed low cost housing. He was a very bright guy.”

The company itself introduced squeezy jam bottles in Europe, fully-vacuumed caps, and the Orbit easy-open lid. “Those are great because opening jar lids, as we all well know, is a bit of a pain sometimes,” says Richard.

But it’s not just the strawberry jam Duerr’s are famous for. When he and brother Mark began working in the family business, the company’s focus was jam and marmalade but they now do a massive range of products like peanut butter, honey, table sauces, and fruit fillings.

There are now 300 employees working across two sites in Wythenshawe, which together make around 30,000 tonnes of product each year.

One of those factories is focused solely on the production of peanut butter, which amounts to 50% of the business – and even includes peanut butter for dogs.

“The peanut butter came about following a chance meeting between my father and brother and Craig Sams, the guy who set up Whole Earth Foods and went on to found Green & Black’s,” he adds.

“We’re currently doing big redevelopment work on that factory to increase capacity because we’re getting new business and need to future proof for the next 25 years or so.”

The second factory is dedicated to all the other products.

“We’d always made redcurrant jelly but then got into horseradish, tartare, mustards, and seafood sauce. We make all the cranberry sauce for Ocean Spray for Europe, UK and Australia. We also export products to about 30 different countries – the Middle East, Africa, Far East, you name it we’ve probably sent some stuff there,” says Richard. 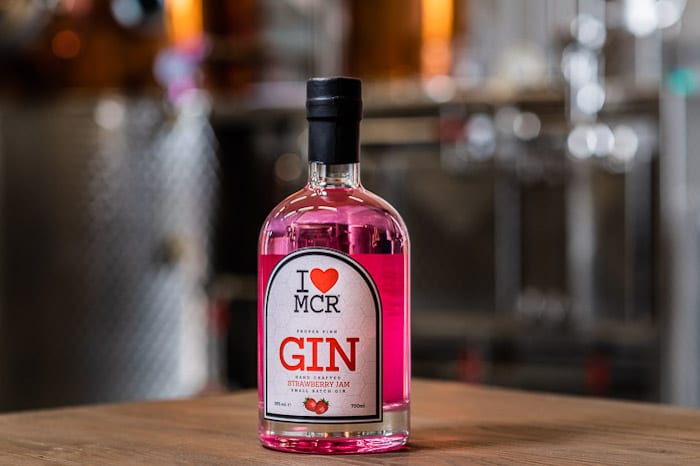 Although the company’s “always looking at what [it] can do next, and trying new things,” they are aware there have to be careful where traditional products are concerned.

“It’s about making a bit of a tweak without going too weird and wonderful, otherwise people will buy it once and never buy it again,” says Richard.

“We’ve never done it, but banana jam is absolutely disgusting and looks brown and murky, and kiwi fruit looks a bit off and taste a bit of weird, but you can move into new areas,” he says.

For instance, they recently launched the Artists Range of four jams and four marmalades, which includes strawberry and elderflower and blueberry and lime with labels designed by local artists. 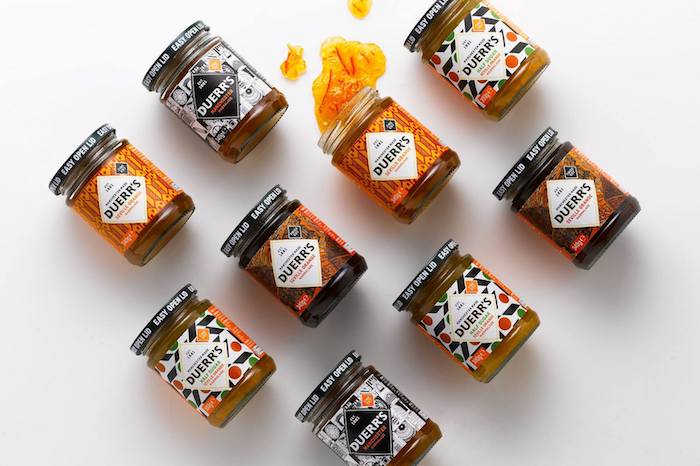 “We were looking at redesigning the range and wanted to bring it back to the fact we’re based in Manchester, and that it’s made in Manchester. These days people want something that’s local, authentic, so the idea came about to use artists from the local area,” says Richard.

They’re currently working on a charitable foundation “where we’re going to put money aside every year to support locals’ initiatives” and later in the year, the company’s hoping to work with Newall Green High School to inspire future employees.

“Our work force comes from the local area,” says Richard, “so we need to try and invest in it to build a work force for the future.”