If asked where Britain’s top vegetarian restaurant is right now, you might be forgiven for assuming London or Brighton.

But according to The Times, it’s actually much closer to home.

The national newspaper today published its guide to Britain’s 20 best vegetarian restaurants, and The Allotment in Stockport takes the top spot.

“Garden implements hang on the walls alongside a display of pickled, preserved and fresh produce, underlining that the menu is created from locally sourced, seasonal vegetables and fruit,” writes veteran food writer Andy Lynes in The Times about The Allotment, which has won much acclaim since opening in 2016.

“The ten-course tasting menu is packed with creative dishes, including the signature shiitake mushroom parfait and a hibiscus, fennel and beetroot dessert.” 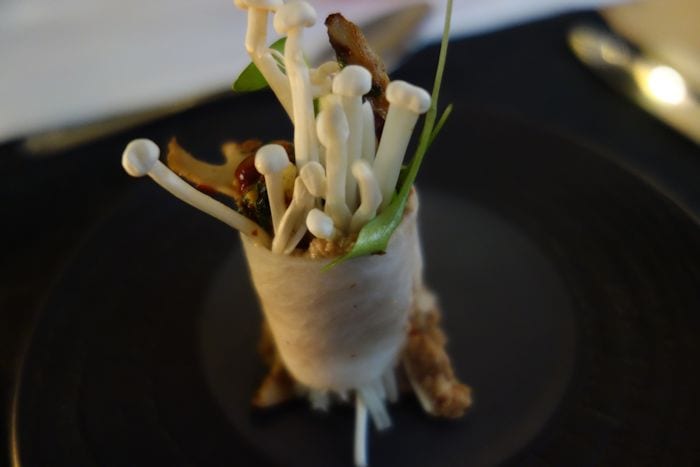 The Allotment’s Matt Nutter won the title of Chef of the Year last autumn at the Manchester Food and Drink Awards for his sophisticated take on vegan cooking at this simple bistro, beating big names such as Aiden Byrne, The French’s Adam Reid and Sam Buckley of Where The Light Gets In, the latter also based in Stockport.

The award celebrates “the most talented and outstanding work of chefs cooking in Greater Manchester kitchens – his or her skill, menu, commitment and contribution to the dining scene.”

The Allotment was also voted Best Vegetarian Offering at the 2017 awards, beating the other shortlisted winners, all based in Manchester: Bundobust, Vrev, Indian Tiffin Room, Manchester House and Sanskruti.

Last year the restaurant received a glowing review in glossy magazine Olive, who declared that Stockport “is positioning itself as a culinary hotspot.”

Allotment “surprises, satisfies and is most certainly not limited by its vegan stance,” said the reviewer, praising the restaurant’s “playful menu”.

The Stockport bistro isn’t the only one in Greater Manchester to make The Times‘ list of best vegetarian restaurants.

“The self-taught chef Simon Rimmer opened this smart yet relaxed restaurant in the upmarket suburb of Didsbury back in 1990, long before he became a TV regular alongside Tim Lovejoy on Channel 4’s Sunday Brunch,” says The Times.

“It has a slate-tiled floor, a dark-stained tongue and groove feature wall, simple wooden tables and a menu that includes za’atar chickpea salad with carrot, pecan, quinoa and pomegranate dressing.”

So next time you want to try an exciting, modern vegetarian restaurant that’s winning over the food critics, you don’t need to venture far. Just head to Stockport or Didsbury. 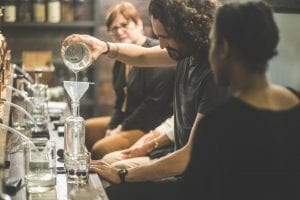 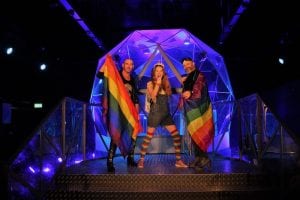 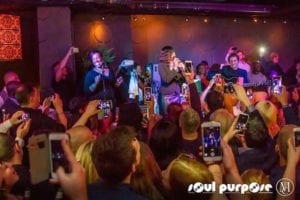