Is this the best fish and seafood restaurant in Manchester?

You might expect to find a restaurant called The Oystercatcher in places like Anglesey, surfin’ Polzeath in Cornwall or on the shores of Loch Fyne rather than landlocked Chorlton-cum-Hardy.

In fact you would find them in all those places – but the one in Chorlton is a helluva lot handier than the others, just a short stroll from Firswood Metrolink stop, as are a string of other class-act neighbourhood restaurants on the Didsbury tram line.

It’s a modest little bistro on the main Manchester Road just before you get into the village proper, with an outside seating terrace which would be brilliant in the summer but rather unappealing in the wind-driven sleet of an early January lunchtime.

I’d like to say it was cosy and warm inside… but it wasn’t. We felt a chill throughout the meal – though, ironically, it appeared that the heating clicked on just as we were leaving.

That apart, though, we warmed to the look of the place. Plain and simple if not quite your archetypal crab shack, white walls, well-trodden wooden floorboards, simple wooden furnishings with the odd print here and there and industrial style pendant lighting.

We warmed even more to the menu, comprising, in the main, a variety of excellent fresh fish that isn’t cheffed about too much.

Its trump card? A charcoal oven. This enables fish to be served plain and simple, its flavours doing the talking. Simple but never easy, for it demands the very freshest of ingredients and timing is everything with a foodstuff as delicate as fish. 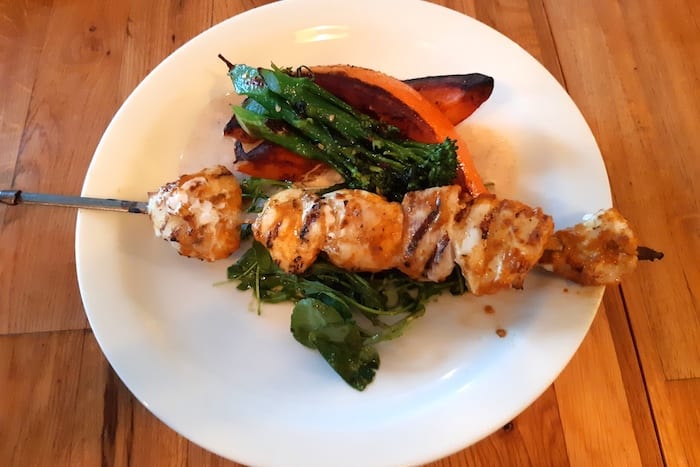 We opened with nibbles of juicy noceralla olives and smoked almonds (£3) before the starters proper: that perennial crowd-pleaser, salt and pepper squid (£7) for me and red tiger prawns (£10) for herself. Both hit the spot.

The squid rings delivered a satisfying crunch from the thin crisp coating while the fish inside remained fleshy and tender; they came stacked on a tangle of peppery rocket garnished with chopped red chilli and spring onions and drizzled with tangy ponzu, the citrus-based Japanese condiment, for an extra kick. 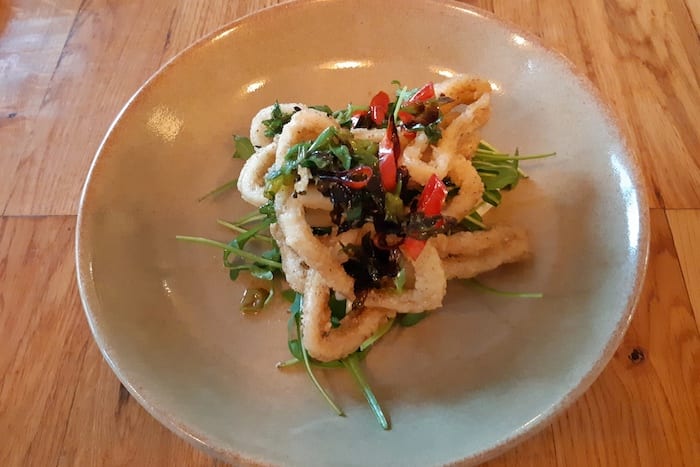 It was as good as this humble dish gets.

Mrs K’s grilled prawn tails, served in the shell with herb butter on chargrilled sourdough, were fresh, fat, succulent and bursting with flavour. Where from? My guess would be the cold South Atlantic waters off Argentina. Just guessing, mind you. 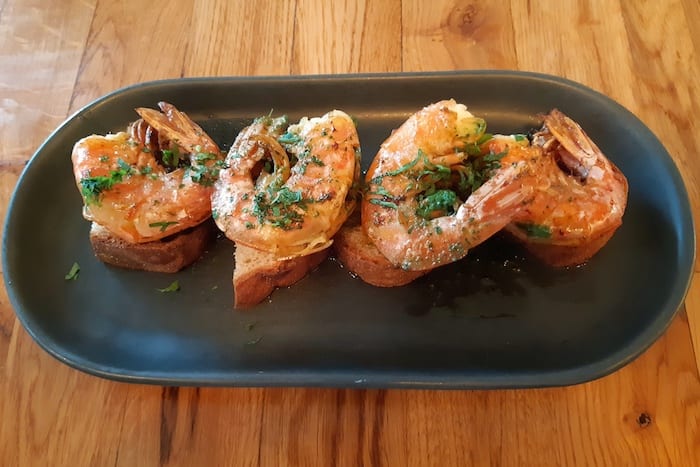 Both our mains came from the aforementioned charcoal grill. I had whole sea bream with salsa verde (£15), simple as can be but the cooking was spot on. Mrs K chose Tandoori monkfish with roasted squash, tenderstem broccoli and yoghurt (£19).

Bream is often thought of as poor relation to the sea bass, which is mostly farmed these days. That shouldn’t be the case. I remember, years ago, flying to Jersey for the island’s food festival and being met off the plane by a Channel TV crew. 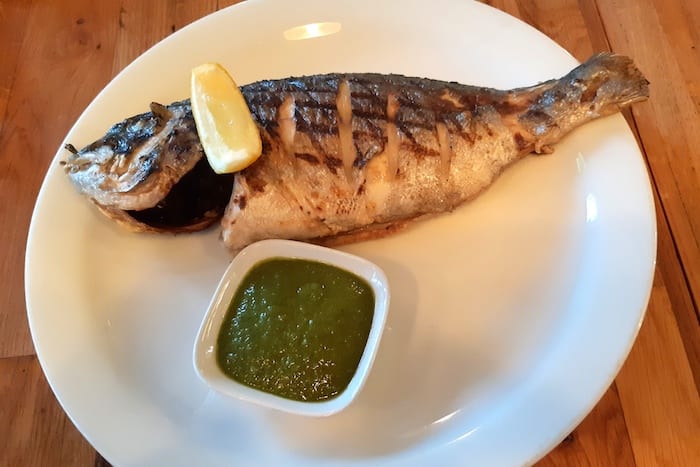 They wanted to film two of my fellow passengers, the Pauls Heathcote and Reed – both of whom held Michelin stars at the time – barbecuing fish on board a boat.

We had to catch it first and the sea was anything but flat calm. After about half an hour we’d collectively bagged half a dozen black bream and the boat pulled into the shelter of St Brelade’s Bay. The fish was delicious – as was the specimen served to me in Chorlton. Skin crisp and smoky, flesh soft and creamy, it was married perfectly with the emerald green sauce piquant with its garlic, capers and gherkins and aromatic with parsley and mint.

The monkfish, firm and white with hints of charcoal flavours and subtle Indian spices, came on a skewer beside vegetables that gave a dramatic splash of colour. 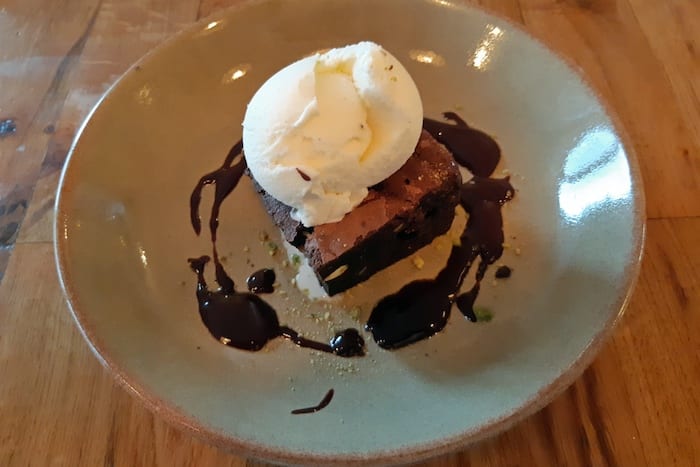 Desserts provided a treat of a finale: perfectly executed raspberry crème brulée and memorable chocolate and pistachio brownie with proper ice cream at £6 a pop.

Whenever we go to the south west, we always make a beeline for the likes of Mitch Tonks’s Rockfish restaurants in Torquay and Dartmouth, the Marina café by the Brixham breakwater or the magnificent thatched Start Bay Inn on the shore where US forces rehearsed the D-Day landings.

In a city that doesn’t have a track record for fish restaurants, Randall & Aubin was the last to be holed below the waterline. The Oystercatcher is a gem and a match for any of our favourite Devon haunts.