The Bard of Salford tells us about his extraordinary life - from growing up in Higher Broughton and being "unofficial uncle" to Mark E. Smith to why Johnny Depp owes him big time
Share
Tweet
Share
Chat

The Bard of Salford has had an extraordinary life, filled with remarkable personalities: from Nico to Chuck Berry; Bernard Manning to Linton Kwesi Johnson; Elvis Costello to Gregory Corso; Mark E. Smith to Gil Scott Heron and Joe Strummer and on to more recent fans and collaborators like Alex Turner, Plan B and Guy Garvey.

And now, aged 71, he’s written his first memoir, interspersed with stories of his rock’n’roll and performing career and named after one of his most famous poems, I Wanna Be Yours.

Published this week, I Wanna Be Yours is a memoir fizzing with John’s trademark wit and wicked humour, revealing an incredible career which starts in Salford, spans five decades and as many continents, and features an incredible cast of characters along the way.

It helps, he says, that he has a great memory.

“I can remember whole chunks of dialogue from a Jimmy Cagney movie made in the late ’30s, things like that. I do have a great memory for details,” he says.

“I can remember what the room looks like, what people were dressed in. So I think I’ve painted a vivid enough picture of things. And that’s the bit I really enjoyed. I love rendering things down, that process is great.

“The book has hopefully retained a conversational tone. I’ve been told that my voice comes through, and even my accent.”

And indeed it does. You can’t help but hear John read every word aloud in your head in that unmistakable Salford drawl.

And that’s where the book begins, in Salford, where John was born in 1949, growing up in Higher Broughton – although he feels his neighbourhood was more inner city than suburban.

“I lived opposite the Rialto picture house, which was a 12-minute walk from the centre of Manchester. So although I’m from Salford, where I lived was actually much closer to the centre of town.”

John developed a love of rhyme through American records he discovered thanks to his uncle – Peggy Lee, Frank Sinatra, Ella Fitzgerald, Bing Crosby – but his love of poetry itself began at school, thanks to English teacher Mr Malone, who taught him that poetry should be heard, not read.

And it soon became a hotbed of competition amongst the Salford kids, says John, almost like a proto-rap battle.

“Some of the toughest guys I ever knew were all vying for attention with million-dollar words, the slickest of rhymes, and ever more arcane vocabulary,” he writes.

Perhaps unsurprisingly, John forged a close bond with Mark E. Smith, another Salford lad who went on to carve a reputation as punk’s snarling poet laureate as frontman of The Fall.

He first encountered Mark when the late singer was a schoolboy, and John ended up becoming an “unofficial uncle” to him – “you know, the type of uncle who doesn’t give a f**k what you get up to,” he recalls.

“I thought we were ploughing a similar furrow in our use of everyday language in an arcane manner. Poetry and lyricism,” he says about their relationship.

“To paraphrase Bill Withers, he said the writing of a song involves a kind of magic that I don’t care to interfere with. And I’m like that about poetry and lyric writing.

“I think if there were ever two people running along the same lines, lyrically, it’s me and Smithy.”

Several years older than Mark, John says he initially knew him as a schoolboy around the neighbourhood, where Mark’s mum worked at the post office near Sedgley Park: “a lot of my artist friends used to cash their giros there,” says John.

John used to pop in to read The NME, “and Mrs Smith noticed I was reading about a punk rock outfit. She looked over my shoulder and said, ‘our Mark’s in one of those punk rock groups’.

“He encapsulated that hyper-ordinary look. But put him in front of a microphone and he turned into Captain Charisma.”

The book contains some harrowing memories, too. Running alongside John’s rise to fame is a descent into serious drug addiction which almost killed him.

How did he find writing about such dark times? 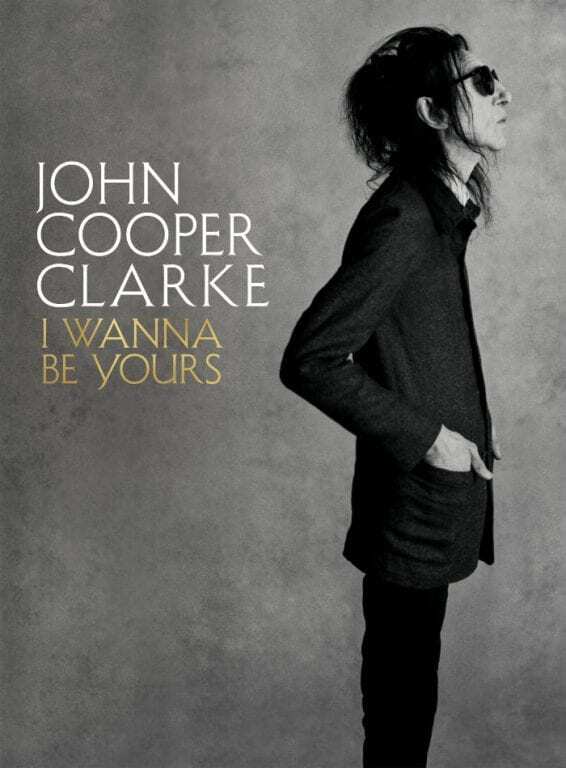 “I never thought that the time would come where I get through a whole day without thinking about it. But it was a long time ago, and now I only think about it when I’m called upon to do so,” he says.

“Writing about it and looking back at those hard roads that drugs led me down, it’s almost like reading about another person. It could’ve turned out so differently.”

Now, he says, he couldn’t be happier.

“I mean it. I wouldn’t swap lives with anybody.”

From working-class beginnings to rubbing shoulders with the stars, it’s a rollercoaster of a memoir peppered with the most incredible anecdotes, recollections and observations. John’s life is littered with extraordinary characters, some famous and some not.

It’s surely the perfect material for a film. So who would John want to play him in the story of his life?

“Johnny Depp,” he laughs, without missing a beat.

“He owes me for Edward Scissorhands. I mean, minus the cutlery, that was my look.”

And is there anything he missed out of his memoir – either by choice or in hindsight?

“Nothing significant,” he says wryly. “But I could easily bring out another book just as big containing the outtakes.”

I Wanna Be Yours is out now in hardback, ebook and as an audiobook, published by Picador.