Inside Peter Street Kitchen: the new Manchester restaurant offering an elegant taste of Mexico and Japan

One of only two five-star hotels in the city centre, The Radisson Blu Edwardian has undergone a multi-million pound investment. The smart dining and bar space is now home to Peter Street Kitchen.

It’s a new venture from Amir Jati, who has spent 22 years in hospitality including a stint at The Savoy Hotel and 10 years at Nobu, the renowned Japanese restaurants co-owned by Robert De Niro, before joining Edwardian Hotels in 2015.

The revamped dining room is beautiful, with clean lines but a cosy feel thanks to the circular space they’re calling “the eye.” There are also semi-private dining spaces, with communal bench tables and a 12-seater Hibachi table complete with fire pit focal point which can cater for parties of up to 28 guests.

The food at Peter Street Kitchen is contemporary Japanese and Mexican, though the small plates are distinct – there’s no fusion between the two cuisines. So don’t expect sushi tacos.

“I worked for 10 years for Robert De Niro and I opened 17 of his restaurants across the world,” says Amir. “I always had an obsession with Japan afterwards.

“Mexican worked for us so well in our London restaurant Leicester Square Kitchen, it became a phenomenon. So I thought we could do half-Japanese and half-Mexican. But not marry the flavours together – keep them separate. Japanese food is so delicate and Mexican is so vibrant. But it means people could either come for a Mexican meal or a Japanese experience.”

Signature salmon tartare comes with shiso soy – light and clean-tasting, though complex, too. There are 18 different components to the dressing alone, Amir tells us. It’s delicious, with a subtle, balanced heat. The pretty bespoke serving dishes have been imported from Japan. 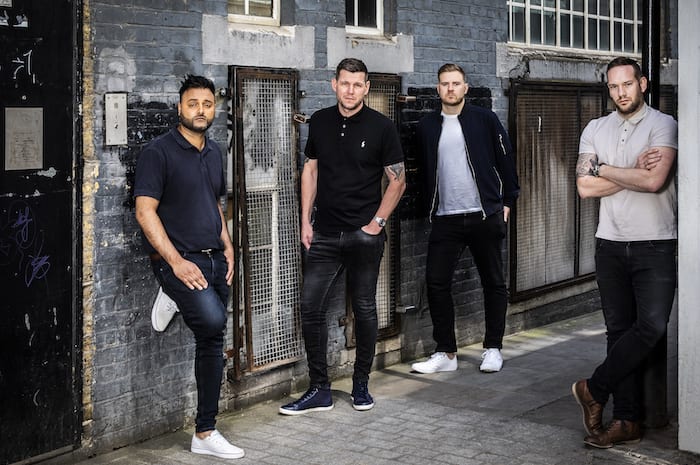 Staff skill and service is vital to Amir, who has a brigade of about 90. The staff, all recruited from Manchester apart from three, have undergone an intensive training process which included time at Nobu and an immersion into Japanese food and drink, culture and etiquette.

It was important for the new restaurant and bar to recruit locally rather than bringing staff from one of the London Edwardian Hotels.

“I like to stick with local staff, otherwise it’s not fair to the city,” says Amir. “I wanted Manchester staff, with their accents, and their friendliness, and their humbleness. And Manchester is by far one of the friendliest cities there is. It’s just ridiculous.

“We trained the Manchester chefs intensively, and now they’re talking to me in Japanese! I brought in some sushi chefs from Nobu to teach them how to cut fish. They’ve really enjoyed it.”

There are 14 sakes on the menu, including a fragrant, zingy, citrussy yuzu sake. Bartender Dan Berger previously worked at The Ned, the stylish City of London hotel and members bar, and won Bombay Sapphire UK’s Most Imaginative Bartender 2015 award, so the concise cocktail list is as appealing as you might expect.

There are plenty of Japanese whiskies, but also Mexican tequila and mescal.

The bar is a beautiful space, and guests looking to have a drink and snack rather than a full meal are “welcome to come and chill out and have cocktails and some bar bites,” says Amir.

There will be brunch, too. Every Saturday, Rikyu Brunches will feature a Japanese-inspired signature cocktail on arrival, a selection of dishes including help-yourself starters, and a choice of free-flowing prosecco, wine or champagne alongside live entertainment.

Amir hopes the city will welcome the intriguing new venture. And he is clearly in love with the place.