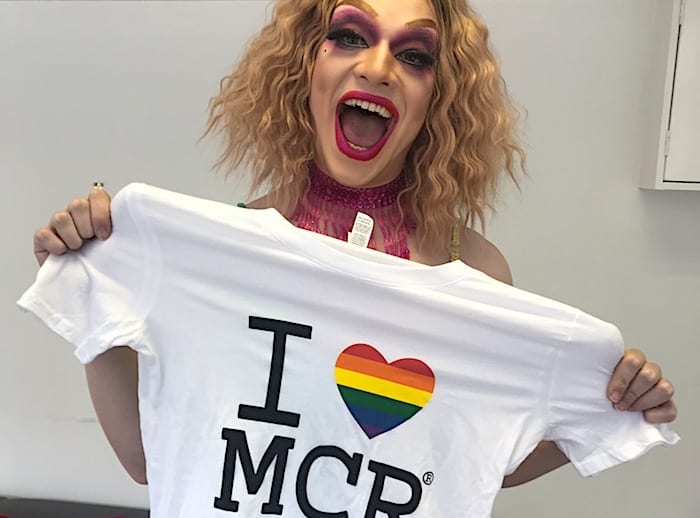 Drag queens have a long history in gay culture.

For many performers, drag is more than just dressing up. It’s an art form where the boundaries of gender identity are shattered.

Most of us are familiar with iconic celebrity drag queens such as Paul O’Grady’s alter ego Lilly Savage or Barry Humphries’ flamboyant character Dame Edna Everage.

But what a lot of people don’t know is that drag is having a revival, thanks to the worldwide success of Ru Paul’s Drag Race – an American reality show which sees drag queens compete against each other in a battle to become America’s next drag superstar.

Drag artists are part and parcel of Manchester’s famous gay village, with the difficult job of entertaining revellers by performing or hosting events ranging from comedy and lip-synching to dancing and sometimes even singing live – all while wearing 9-inch stiletto heels.

Ahead of this year’s Manchester Pride Festival, we spoke to Manchester drag queen Miss Ginger Hunter, who has seen her career sky rocket over the past 12 months, performing at venues all around the UK, touring with Drag Race winner Sharon Needles and performing at the O2 Ritz to an audience of over 1,500 people.

Tell us about Manchester’s drag community

Everybody does drag for different reasons and there’s loads of different types of queens. Door whores – the technical term – are queens who work outside clubs and bars. There’s queens that mime or lip sync. Queens that sing live or perform comedy. And there is so much variation in terms of aesthetics. It’s just extremely diverse which is great.

The hashtag Manchester Queens – I would say drag is more of an art for them. They host an event called Cha Cha Boudoir. I went to one of their events and I’ve never been around so many queens that are just there because they enjoy it rather than because they have to work. Every drag queen you come across in Manchester is doing it because they’re being paid to do it, and this was just a bunch of people who wanted to do it because it’s who they are and what they love.

What kind of drag queen are you?

I class myself more as a comedian wearing make-up. If I had to pick a category then it would be an old school queen because I’m trying to emulate a very exaggerated version of a woman. 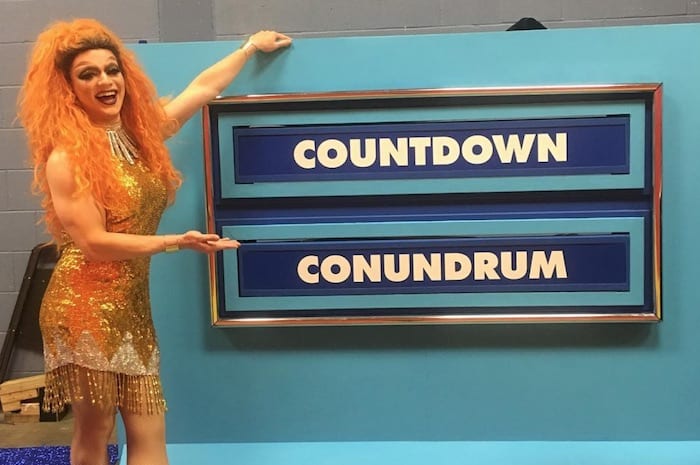 How competitive is the drag scene in Manchester?

It’s very competitive. And you only really notice it because drag is having a renaissance at the moment. Everybody wants to do it. Those that aren’t willing to fully commit to it will eventually disappear, but it’s so saturated with queens at the moment. Like, how many gigs are there in Canal Street to go between us all? And it also went through this dip where queens kept undercutting each other, so people would start doing shows and working for pennies, which meant the more refined and experienced queens wouldn’t get the work because venues wanted to pay less. But I think we’ve come out of that slump now. There’s been a lot of people that have told me they’re going to move to Manchester and try to make it as a drag queen.

Where would your rank Manchester’s drag scene?

Art wise, Manchester is pretty up there. London does have an art scene, but I feel like it’s much more about cabaret, and that’s why a lot of the London queens do the circuit and travel around doing their shows. I would say Manchester is definitely top 3 for its drag scene alongside Birmingham and London. In terms of art, I would say that Scotland is miles ahead of us. In Scotland when you’re starting out you have to work for free, you have to keep working at it until you get noticed. Whereas in Manchester, I was really lucky because I got paid from the get-go. Everybody likes different things – in Dublin they tend to really like mime, and they want to see a fierce lip sync, whereas in London they want to see queens sing. Manchester seems to be becoming more about lip syncing now, and I think that’s because of the effect that Drag Race has had.

Where’s your favourite place to perform in Manchester?

I’ve performed at The O2 Ritz a few times and that’s been great. It’s the sound of people cheering. In a club you’ll be trying to build the audience up asking them to make some noise and a few people will cheer, but at The Ritz the crowd is always really into it and they’re always really loud and up for a good night. The sound of 1,500 people cheering you on is immense. I’m doing The Ritz this Saturday but as myself, so I’ll get to hopefully hear a huge audience laugh at my jokes.

How did you first get started with drag?

I’ve been doing it for about four years. I’d just got a job in a bar on Canal Street. I started off doing promo work, getting people into the bar and ended up spending a lot of time with drag queens and I was kind of pushed into it. I’m more of a comedian, so my whole act now literally stemmed from walking 100 yards up the street trying to get people into a venue. I had nothing to talk about with them, so I started telling them jokes. And eventually, everyone was stood outside listening to me tell jokes and the manager would be trying to usher them inside to buy drinks.

Who are your inspirations?

I used to really love Dame Edna and then she said that stupid thing. I can’t remember exactly what it was but now people hate her, so I can’t really have her as an inspiration anymore. Comedian-wise, it would be Joan Rivers always. I remember a joke she told about how her parents hated her, and they would always say to her why can’t you be like your cousin Sheila. Sheila had died at birth. I was really young and just remember thinking that it was a great joke.

In the last year my career has blown up massively. I’m doing six shows a week over four days. And on top of that I’ve been touring as well, so it’s just snowballed. I’ve also had a few TV appearances this year. I was on the Real Housewives of Cheshire, I’ve done an advert for Uber – that’s really the thing people have responded to the most. Also 8 Out of 10 Cats Does Countdown which was really fun. I toured with Drag Race winner Sharon Needles and was part of her opening act. I had 20 minutes each show and I absolutely killed it.

My biggest achievement is probably figuring out how to make people laugh because it’s such a skill and you’ve really got to go through lots of bad times and bomb on stage to really understand what it takes to do it well.

Do you have any funny stories you can share with us?

On 8 Out of 10 Cats Does Countdown, we did three rehearsals and created a routine that production had asked for. The queen in the middle pushed me over by accident during the first run through and the people upstairs wanted us to keep it in – which is great for me because I got more exposure for it. The funniest moments always happen when we’re getting ready in the dressing room – the parts that audiences don’t see.

What are your plans for Manchester Pride?