“I wanted to show what northern actors can do”: Manchester’s Daniel Kokotajlo on his debut film 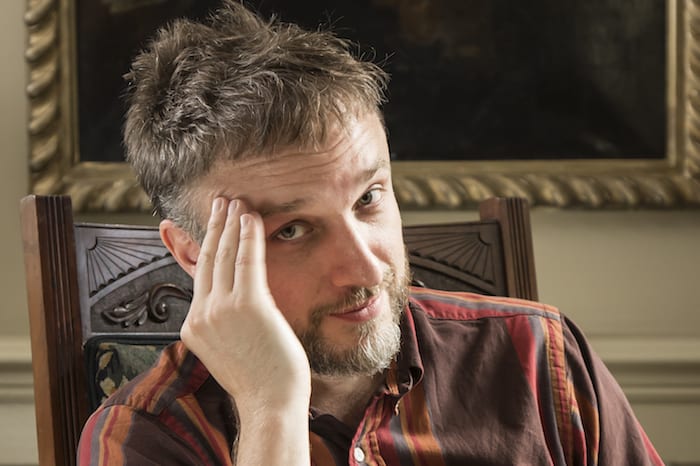 He grew up in a Jehovah’s Witness community in Greater Manchester, and now writer-director Daniel Kokotajlo has turned his experiences into a film.

Raised within the Jehovah’s Witness community, Alex knowingly puts her life at risk when she follows the tenets of her religion and refuses blood transfusions that would help cure her serious condition.

Meanwhile, Luisa becomes pregnant by her college boyfriend and finds herself ostracised – or disfellowshipped – by the community, placing a strain on both Ivanna and Alex. 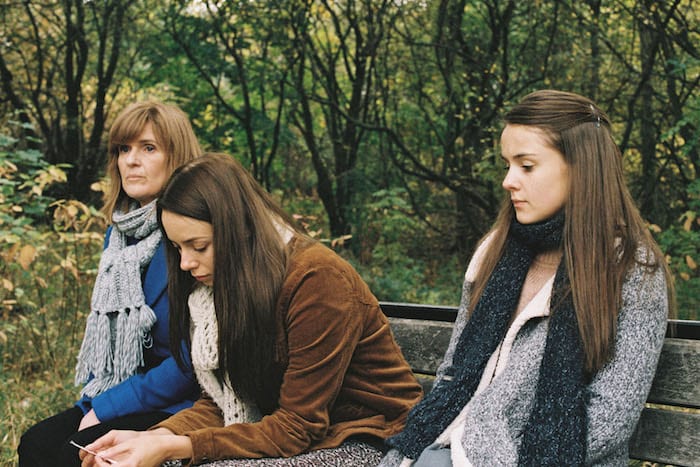 Speaking to I Love Manchester after the film’s sold out preview screening at HOME, Daniel says he is touched by the early responses to the film. Currently touring the UK ahead of its general cinema release, Apostasy has played to packed houses, often filled with ex-Jehovah’s Witnesses.

“I’ve been surprised by that in particular, people turning up who’ve had a similar experience to the characters in the film,” he says. “I’ve been told several times how this story is exactly like someone’s life and it’s what they’ve been through. That’s always very encouraging to hear.”

Born in Tameside, Daniel – who has both Italian and Ukrainian heritage, on his mother’s side – grew up in Openshaw, Audenshaw and Dukinfield. But he wasn’t born into the Witnesses.

“My mum came to the religion when I was a kid, about eight or nine years old,” he says. “She started attending meetings in Kingdom Hall and then slowly we started to attend as well, and that meant we became Witnesses.

“We had to give up a lot of activities, such as Christmases and birthdays. I started to realise I was becoming an outsider, even with my school and my friends. It went on like that until I attended university. That’s when I finally broke away. I moved away from my family and community and eventually stopped attending.”

It was while studying in Manchester that Daniel first developed an appreciation for British filmmaking.

“I discovered it late,” he says. “I came across people like Mike Leigh and Alan Clarke and the whole Free Cinema movement. They’ve continued to be an influence for me, especially Mike Leigh and the way he works, the sort of anti-Hollywood attitude he has and how he’s focused on British stories.”

That love of British cinema is apparent in every frame of Apostasy, and backed up behind the scenes. Describing the experience of working with a Manchester cast and crew as “an absolute pleasure”, Daniel felt it was essential to shoot locally.

“It was important for me to shoot in the area that I grew up in, in streets and places that I knew,” he says. “It adds an extra layer to the story-telling. It makes it real for me, as the director as well as the writer.

“There’s suddenly more responsibility to tell a story honestly and truthfully when it’s something that I know and it’s part of my memory.”

Daniel admits that initially he considered setting the film away from Manchester, to try and distance himself from the story, before changing his mind. 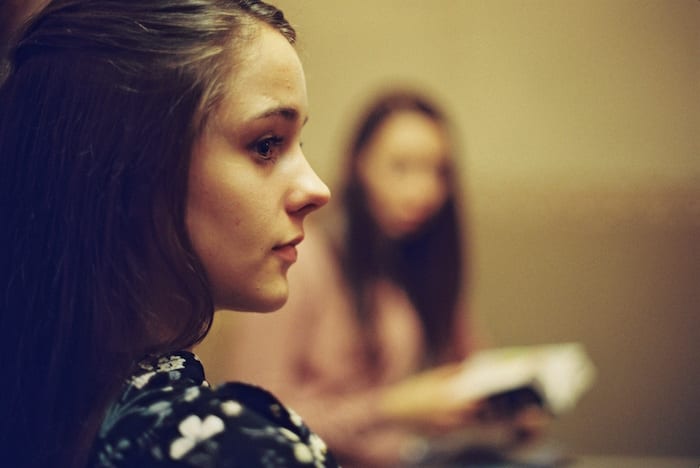 “I realised it was unnecessary, because the closer it was to home, the more interesting it was for me and the easier it was to tell the story,” he says.

“Things were just coming through, subconsciously almost. Details like the idea that the sisters are part of the Foreign Ministry school so they’re learning Urdu to go and teach in Glodwick and those places in Oldham. Those were all things that I’d seen at my Kingdom Hall, and so those were the details I was adding that were particular to the place.”

The decision to use authentic Manchester locations paid off in spectacular fashion when it came to the film’s most important location.

“The key location in the film is the Kingdom Hall, and I couldn’t have been happier with the place that we found,” says Daniel.

“We were looking for a real Kingdom Hall and we discovered that the Witnesses had just sold one off in Oldham. It was a little unfortunate, because when we got there, the new owners had just ripped out the interior. But they let us use the exterior.”

As luck would have it, the location also came with its own built-in thematic resonance.

“It was a beautiful location, because the Kingdom Hall is sitting on top of the dual carriageway. You can see cars going past in the background and I felt it was a good metaphor, seeing the world go by behind the Kingdom Hall and people are sitting there waiting for the New System [the new world that the Witnesses believe will follow an apocalypse].”

The film took just 21 days to shoot, a process Daniel describes as “tough”. He adds that although it’s never explicitly stated that the film is set in Oldham, there are a few telltale signs.

“I think there might be a few shots where you can see addresses,” he reveals. “I think the hall itself, if you look closely on the front door, says ‘Oldham congregation’.”

Actors Siobhan Finneran, Sacha Parkinson and Molly Wright each deliver sincere, powerful performances that are all the more intense for being so understated, with a lack of outward emotion that’s intrinsic to the Jehovah’s Witness community. Clearly proud of his cast, Daniel speaks passionately about his use of Manchester actors. 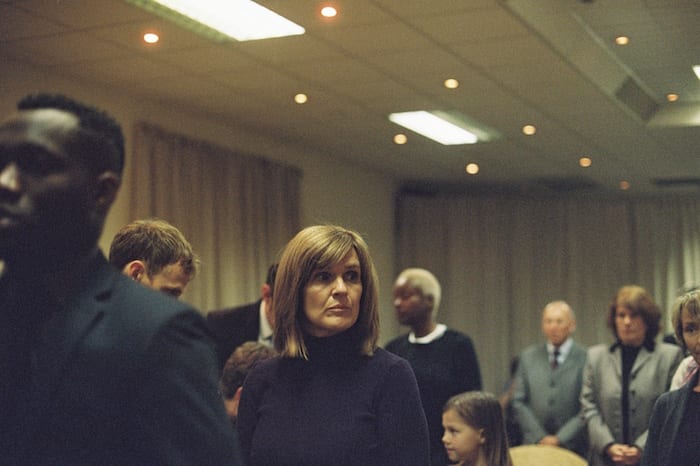 “There’s no way I would have done it any other way,” he says. “I had Siobhan Finneran in my mind quite early on in the process, because I’ve loved all her work and she’s a great Northern actress.

“I’ve loved her from Rita, Sue and Bob Too, her first film, right up until Happy Valley. She still lives in the area and she drives past my Kingdom Hall that I used to go to every day. It just felt right in many ways.

“The same applies for the rest of the cast. Especially for the younger women who played the sisters, it was important to find working actors. Both Molly and Sacha are gifted actors and they’re working actors as well, they’ve done a lot of TV work.

“But I’m just conscious of what happens to talent in the north and how TV tends to pick them up and they get sort of lost there, because that’s where all the money is and all the work is.

“Film work is few and far between for some of them, so it was important for me to work with those people and to show a film audience what northern actors can do.”

Apostasy is showing at HOME from 27th July.