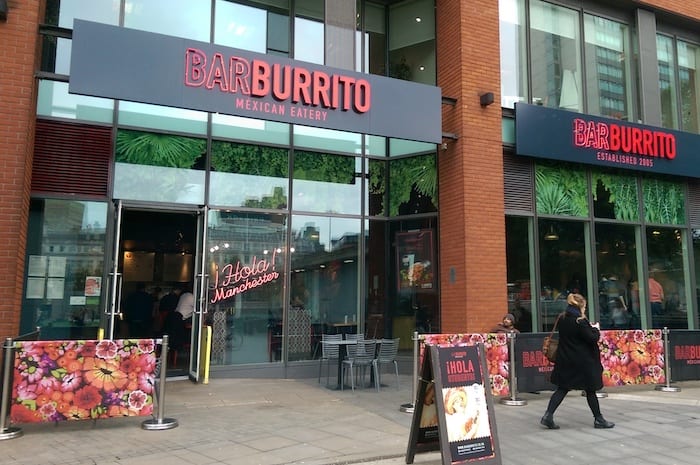 Morgan Davis opened his first restaurant in Manchester’s Piccadilly Gardens back in 2005.

Barburrito was the first burrito bar in the UK. Now it’s the go-to restaurant for burrito lovers – and rightly so.

In the space of 14 years, the business has grown rapidly. What started out as a one site operation in 2005, has now become the leading international burrito restaurant brand.

After realising that there was a real lack of Mexican restaurants in Manchester, Morgan and his business partner Paul Kilpatrick set up a food delivery service in Didsbury that The Guardian called ‘the best takeaway in Manchester’. Following the success of the business, they decided to open the first Barburrito.

Now the business, which was taking roughly six thousand pounds per week in net sales when it first opened – has grown exponentially, and now has an annual turnover of £15.5 million.

And according to Morgan, when they started the business they had absolutely no idea what they were doing. 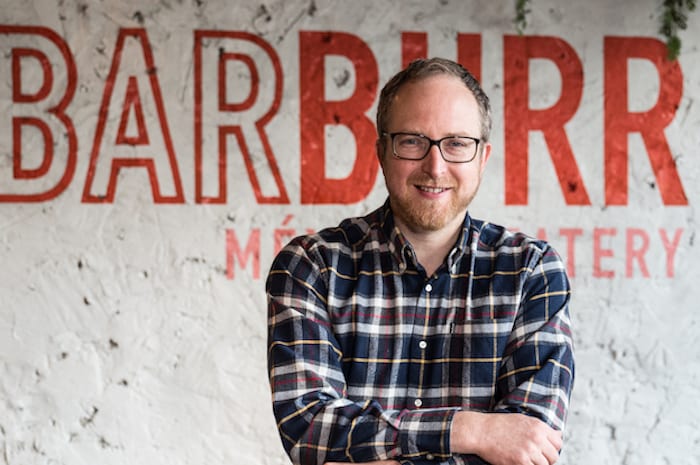 “We did not know what we were doing, but we were just passionate about the business. We didn’t have any systems, we didn’t really know how to manage costs. We had no idea what our margin was,” says Morgan.

“But it became really popular and took off really quickly and within about six months we won the best newcomer award at the Manchester Food and Drink Festival – and that’s when we started getting interest in the business.”

The key to their success, says Morgan, is that they were very financially conscious and didn’t want to get too ahead of themselves.

“We went from one to three restaurants quite quickly – and then from three to six. Then we stopped for a while. You go through phases of growing pains where you have to invest in different areas the more you expand.

“We’ve been very careful about not getting ahead of ourselves. I used to have some Manchester business colleagues say that we aren’t expanding quick enough, and I’m really glad that we didn’t because I’ve seen a lot of people expand too quickly, get themselves into trouble and next thing you know they’re closing lots of restaurants.

“We run the business very tight. We’ve always kept our feet on the ground and we don’t do anything unless we can afford it.”

According to Morgan, Barburrito’s fast casual dining concept – come in, choose a dish, add ingredients – didn’t exist in the UK. Now the model is replicated in lots of different formats and businesses around the world.

Today, after 14 years of operation, Barburrito’s first ever branch is still going strong.

“Piccadilly Gardens is our original restaurant and I’m really proud of the fact that it’s still doing well. One thing that I am really proud and passionate about is that we are a Manchester born and bred business. 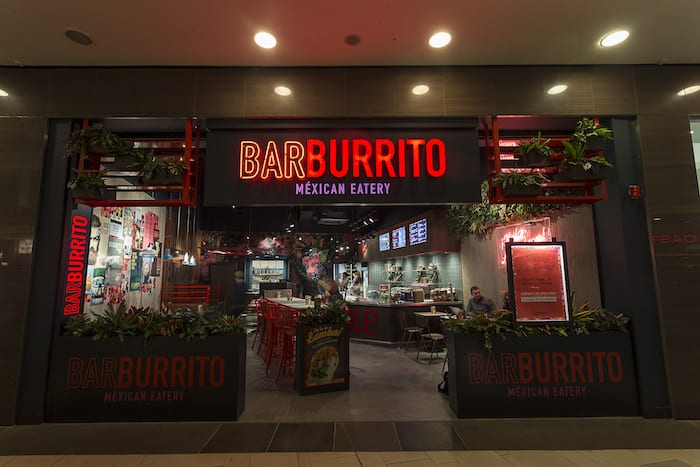 “Our head office is on Deansgate above the restaurant, most of the central team are from the north west or have lived here for a long time and it’s by far our strongest city.”

Barburrito now have five restaurants in Manchester – the Arndale, two inside the Trafford Centre, Deansgate and Piccadilly Gardens – and employ more than 350 people, some of whom have worked their way up from entry level.

“We’re seeing people come into the business and grow with us – we’ve even got quite a few Barburritos babies now. Watching people joining us as a crew member and going on to become a senior manager or even operations manager is brilliant.

“My operations manager for the north, Monica, joined us as a crew member from Nandos – went off on maternity leave, came back and she progressed from assistant manager to a store manager and now she’s running a third of the business and she’s a fantastic employee.”

But despite Morgan having such a large team, he still likes to get hands on and is actively involved in each restaurant.

“I’m in the office three days a week and out at sites two days a week. I had to go through a process of letting go of some of the details and trusting the team around me. Until I did that, I didn’t realise just how good my team are – and I’ve been really pleasantly surprised.

“I’ve got so much fantastic stuff happening behind the scenes that I don’t even need to get involved with anymore.”

And with Barburrito becoming such a success, the only way is up as Morgan’s next goal is to double the size of the business over the next few years.

“In a very tricky climate, we are now at a stage where we’re wondering what to do next – whilst making sure our feet remain on the ground and sail through the Brexit headwind, which is causing a lot of problems for the sector.

“We’ve had quite a lot of interest for international expansion and franchising, but we’ve got so much to go at in the UK in terms of growth.

“Our plan in about 6 to 9 months time is to get back on the expansion trail. And ultimately, our goal is to double the size of the business over the next three or four years.

“We definitely see this as a 50 store business with international opportunities too.” 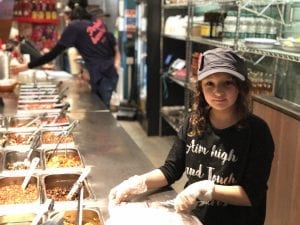 Looking even further into the future, Morgan is already training the next generation of the Barburrito business -his seven- and ten-year-old daughters are following in his footsteps.

“My two daughters Ella and Maya are already quite well versed within the business and like to get involved.

“They’ll come into a store with me and start auditing them, they speak to the manager if they spot something that isn’t right and tell them it needs fixing, or that the tables are dirty and all that kind of stuff.

“They even know how to make and serve the burritos themselves.”

Download and sign up for our FREE I Love MCR app to get your hands on some exclusive Barburrito offers to use across all Manchester sites and experience the burrito magic for yourself.

Enjoy burritos from £2 at Barburrito with our app