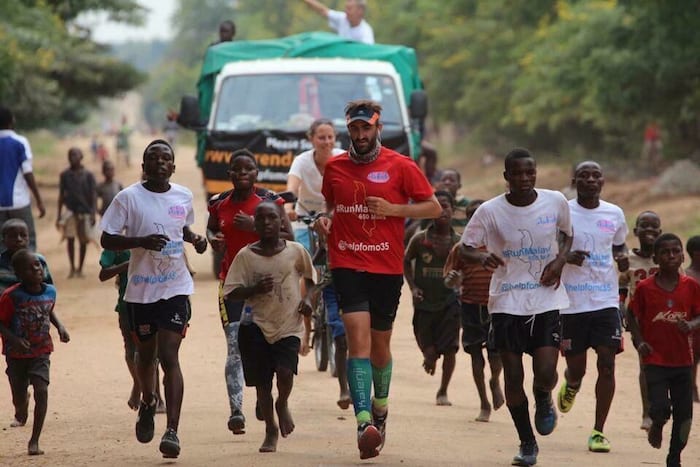 For many of us, the thought of going for a run is closely followed by an overwhelming urge to have a nap. But following a drunken bet with friends, Salford-based Brendan Rendall found himself giving up his party animal lifestyle and training for his first half-marathon.

At the time, Brendan didn’t think he’d ever be able to run, but after successfully finishing his first attempt, his running continued to improve thanks to sheer determination.

In 2018, he embarked on his most epic challenge to date – running across Africa. He completed the equivalent of 92 marathons in 92 days, passing through four different countries and clocking up over 2,474 miles on his pedometer.

Starting from the Atlantic Ocean, the fitness fanatic ran through Namibia, Zambia, Malawi and Mozambique before returning to Malawi where the money he raised helped to build school accommodation for 88 vulnerable orphans.

When he started running through Namibia, it was mostly desert for miles and miles and extremely difficult because of the high temperatures.

“Through Namibia I was battling with the heat and there wasn’t a tree or anything in sight that I could aim for. 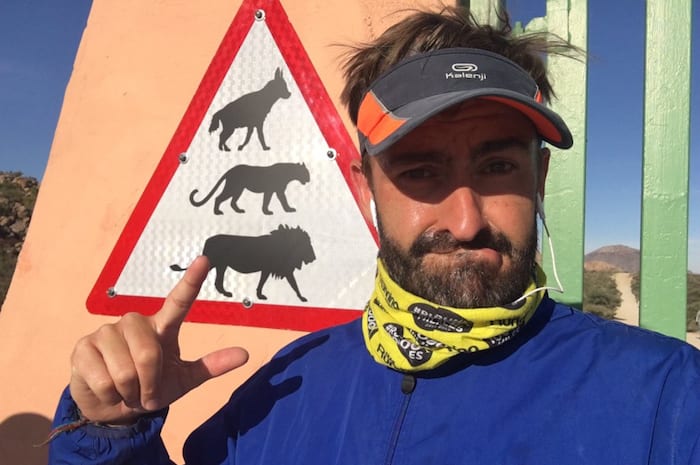 “Once we got through the first week and a half, people then started to reach out and after having seven days with no showers and limited food we then got to a more built-up area and someone offered us a free bed.

“Then we went through the Caprivi strip. We were getting up in the morning and seeing this most dramatic sunrise like it was coming out of the earth. We could see antelopes, zebras and giraffes running past and big paw prints in the ground from lions and leopards.”

Once Brendan reached Zambia, he moved from village to village, relying completely on the kindness of strangers.

“We stayed in villages where we would speak to the chief and they would welcome us and give us food and a place to stay.

“When we got into Malawi, it just blew me away. I’d run the length of Malawi the year before, so loads of people were waiting at the border for me to cross over. There was one boy that had travelled from the south of the country – he wanted to go across the border with me.”

After passing through Malawi, he ran through Mozambique, completing his feat by running into the Indian Ocean. 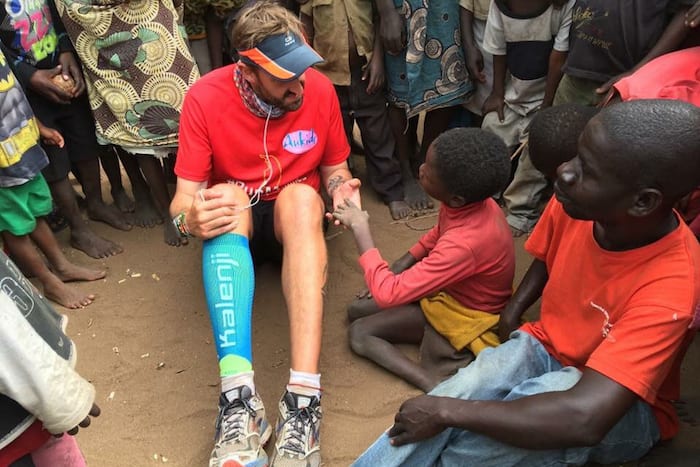 “It was absolutely epic in every sense of the word. It was so dramatic and I loved how each country was extremely different.

“Obviously, there were lots of challenges mentally to run a marathon every day for 98 days, with temperatures up to 40 degrees. My feet swelled up, I got blisters and three days before the end I was put on to a drip. I had to dig really deep to achieve my goal and reach the Indian Ocean.”

But despite all of the challenges Brendan faced, he never thought about giving up.

“There wasn’t one second where I thought I’d stop. The more distance I was travelling the, stronger I felt I was becoming.

“Mentally you have to go to another level. I went into a very dark place because it’s relentless. I was stripped of everything. But when you realise you’re surrounded by so much extreme poverty, you just have to think ‘this is just temporary for me.’”

To achieve his goal of running coast to coast, Brendan had a small support team with a truck carrying tents, water and other kit. A member of his team would cycle alongside him during each day of his run while the truck went ahead to scout out areas where there were more wildlife. 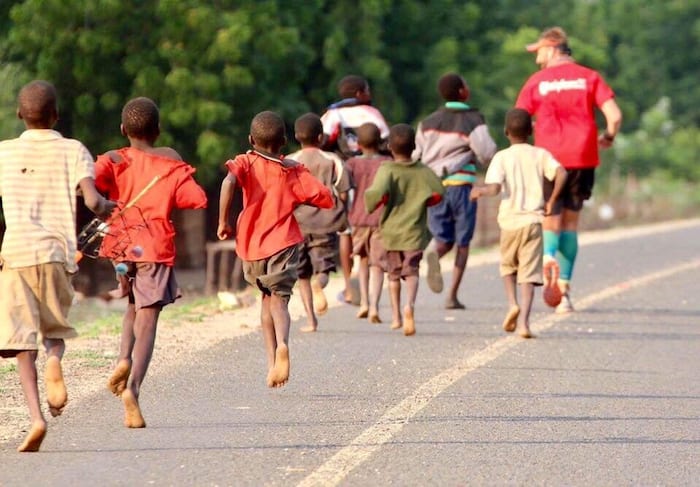 “We weren’t in any immediate danger but we were going out in the bush and the dangers were lots of venomous snakes and other wildlife – but that adds to the adventure and really pushes you out of your comfort zone.

“It was crazy at night being sat in your tent and hearing hyenas, wild dogs and loads of other animals. It was just magical. We were looking out at the sky and we saw thousands of stars everywhere.

Brendan’s trip was completely self-funded – and not a penny of the money raised went towards his trip or costs.

“We reached £40,000 while doing the run and the building had actually started. We were able to build the first block but we still need £21,000 to finish it. It’s a work in progress – but we got the first block up and the water hole has gone in – so everyone that’s donated can see where their money has gone.

Malawi is one of the poorest countries in the world with an estimated one million orphaned children. There is a lot of disease and there are many places where you only see children and no adults.

“Three days before the end of my run we found a boy who was 12 dragging his body along the floor because he was disabled.

“His parents had died and he was too heavy to be carried the distance to school. Fortunately, we had a wheelchair with us, so we went back after the run and donated the wheelchair to him.

“When you watch something like Comic Relief you may feel moved by it but then you’ll forget about it. But seeing it for yourself is a completely different level.” 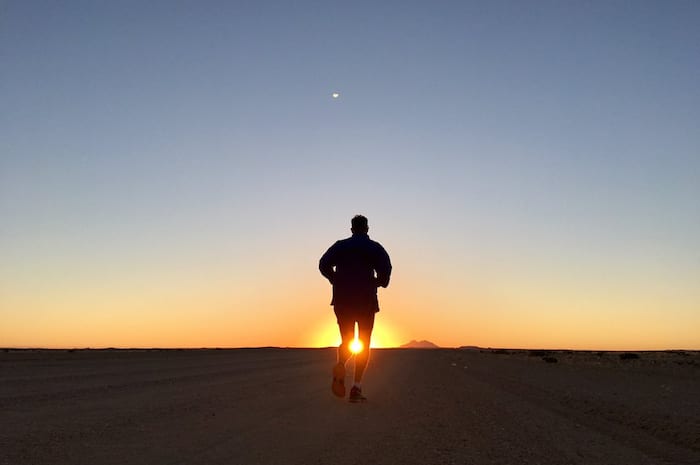 In 2020, Brendan has an even bigger goal planned which will see him run nearly three times the length of his last Africa challenge.

“I’ll be flying out to Africa to start my next run. I’m going to run the full length of Africa from Cairo to Cape Town.

Running has completely changed Brendan’s life. He no longer worries about the small stuff as his focus is now fully on helping others.

“Before running, I was always the person questioning why people would want to run,” he says.

“Running and getting outside has completely reprogrammed my mind. It has changed my life. Now I am living in the moment with my experiences. It has given me such a focus – and that’s why I do it.”