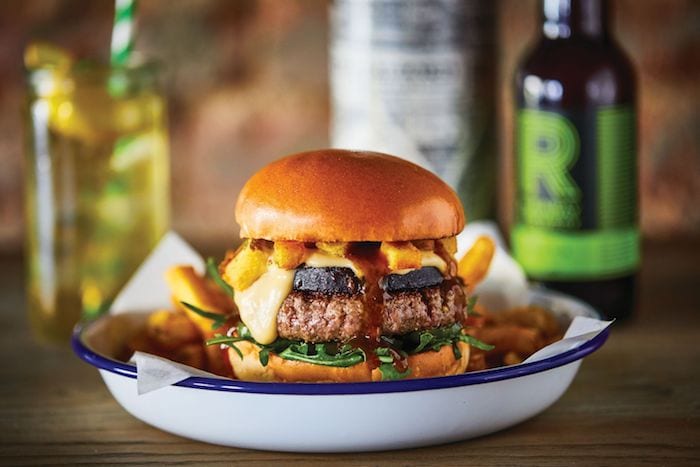 Honest Burgers, the gourmet burger chain famed for their for their no-frills 100% British beef patties made in their own butchery, will soon be opening opposite Crazy Pedro’s.

To celebrate, they’re launching a special Manchester burger, which will be available exclusively in the new Bridge Street restaurant when it opens on Monday 15th April.

As with all of Honest’s burgers, the beef will be served pink (or however you prefer it) and will come with homemade rosemary salted chips included for £12.50.

The Manchester special will be one of nine burgers available on the menu, alongside the Honest burger, the Tribute burger and the vegan Plant burger, which all went down a storm at the recent Northern Monk pop-up in March. 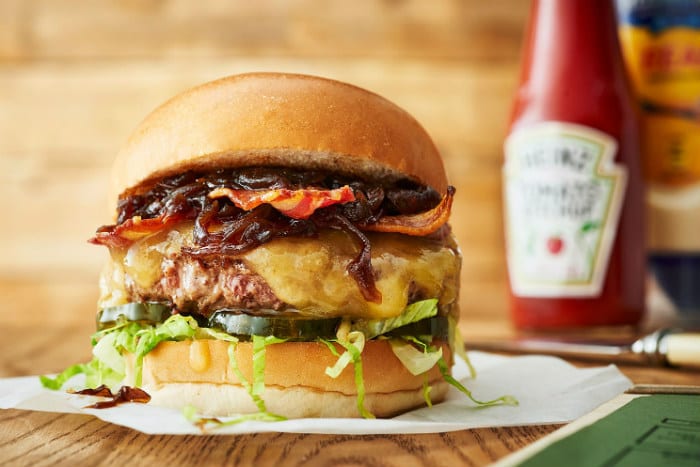 “Whenever we open a new restaurant, we’re keen to work with as many local suppliers as we can – the Manchester special has given us the chance to team up with Runaway for our molten cheese sauce, and the Bury Black Pudding company,” says Tom Barton, co-founder of Honest Burgers.

“I’m a big fan of the combination of black pudding and burgers, and I’m so glad we are finally adding one to the menu.”

Mark Welsby from The Runaway Brewery is thrilled to have teamed up with Honest to help launch the Manchester inspired burger.

“Here at Runaway we’ve always been interested in the crossover between beer and food – so our latest collaboration has been a great way for us to show how versatile beer can be,” says Mark.

“Our classic ESB puts the ‘beer’ into Honest’s rich and indulgent beer-cheese sauce, giving it real depth of flavour with undertones of sweet malt.”

Debbie Pierce, founder of the Bury Black Pudding Company, is pleased to see black pudding, a northern favourite, feature on the new creation.

“Our products are made using specially selected ingredients with no artificial preservatives, so we are sure that they will be a great ‘Honest’ addition that gives diners a proper taste of the north,” says Debbie.

The rosemary salted chips are worth shouting about, too. They’ve been described by food critic Jay Rayner as “edible crystal meth”. 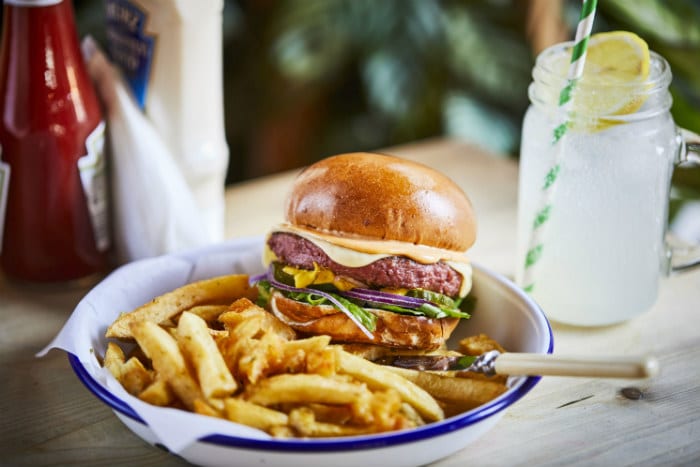 Founder Tom hopes Mancunians will be willing to get stuck in to the new burger – which will only be available in the Manchester restaurant.

“When you add the cheese sauce and black pudding to our homemade burgers and top it with roasties and some beer gravy sauce, the result is big, bold flavours and there’s no denying it’s going to be messy,” says Tom.

“We’re hoping the people of Manchester are up for it and love it as much as we do.”

There will be an exclusive new beer for the new restaurant, too. Manchester’s Runaway Brewery will be joining forces with Honest Burgers, with a taproom residency on the top floor.

In addition to offering four rotating Runaway beers on tap, the taproom will also be pouring a special collaboration brew. Top Drop – Honest Pale is a soft, refreshing pale ale brewed to complement the menu.

“When we heard Honest were coming to Manchester our mouths were already starting to water – but getting to join them in their new space on Bridge Street is a real privilege,” says Mark Welsby, from Runaway Brewery.

Beer and burgers in the sun? We can’t wait.