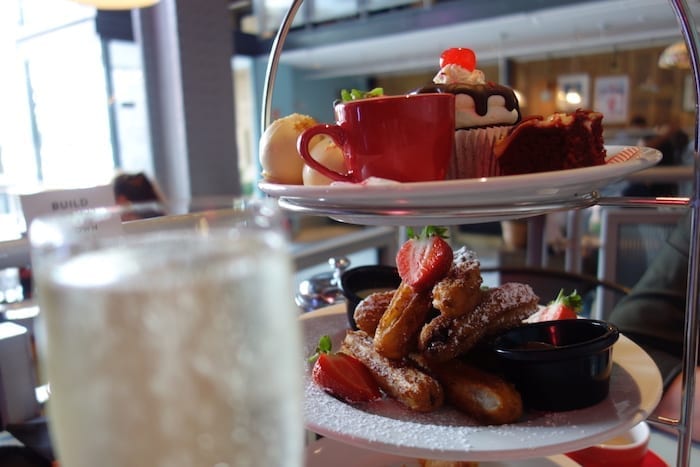 The tight intimate space on Edge Street was the answer to all your breakfast and brunch needs, with THAT cake counter. The American-influenced diner was more sweet Alabama than NYC, and with ever growing demand and queues, expansion was inevitable.

Home Sweet Home in the Great Northern Warehouse opened late 2015. Think Supersize Me. And you’re not even close. An impressive space that could happily seat well over 200 inside and out, with a vast outside terrace and multiple tiered interior including an upstairs balcony perfect for larger parties and private dining room. 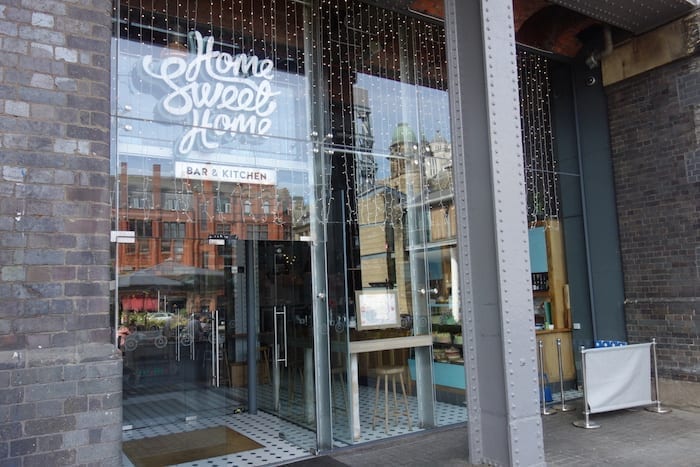 It has a completely different personality. Less homely, more shiny diner, and better equipped to handle the never ending stream of customers.

One thing that remains a constant is the food and drink offer. Think carbs, salt, sugar and fat. There’s no counting calories here. All cravings are catered for with toasties, tacos, eggs, bacon, waffles, fried chicken, burgers, steak, coffee, shakes, and cakes. With a portion size to match. 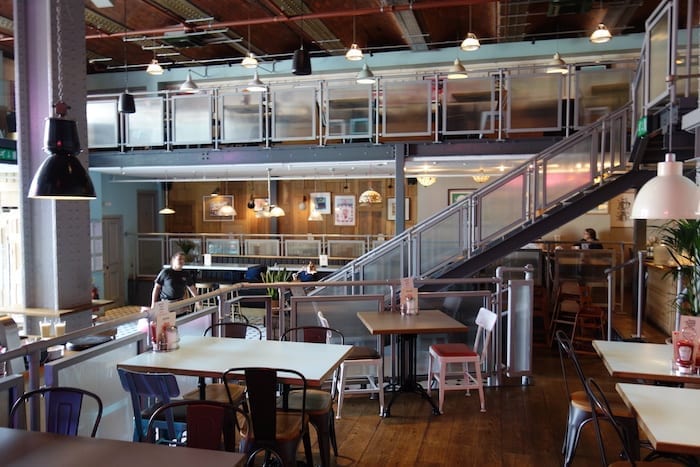 So it surprised us to hear they were launching a new Afternoon Tea menu at the Great Northern Warehouse site.  We went along to give it a try.

For £20 per person we were treated to a very generous and American-inspired (we’d expect nothing less) afternoon tea. We chose a loose leaf Earl Grey to share, both adding milk which we know is wrong. But then again so is everything we were about to eat from this three-tiered beauty. 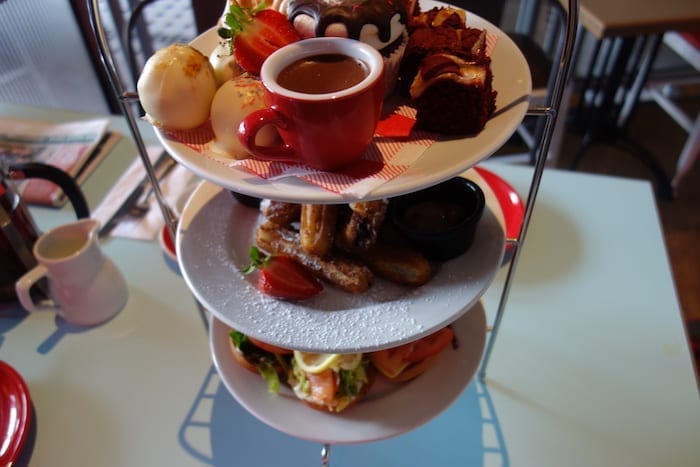 Gone are dainty finger cucumber sandwiches as our lower tier consisted of the juiciest selection of mini-bagels. Smoked salmon and avocado was to die for. I could have eaten ten. Delicate salmon on tons of smashed avocado with the best sour cream cheese.

The maple cured BLT was another sexy number with the crispest and tastiest streaky bacon. Although smoked Cheddar and vine tomato might sound less exciting, it actually delivered just as well as the other two with some rather good Cheddar and a very beefy flavoursome tomata. (Not a typo. Just attempting to sound American). 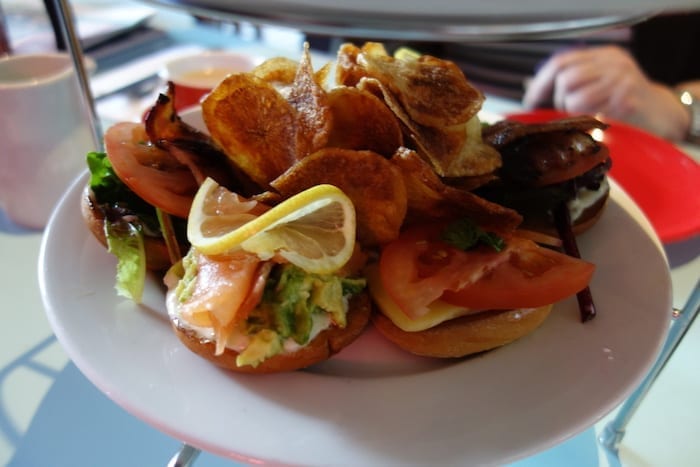 That’s it for the savoury. There were now two tiers of sweet stuff we attempted to leave room for. And the middle tier wasn’t just sugar. It was fried. Cinnamon sugar dusted warm churros came with Dream Cheese frosting and warm Nutella dip and fresh strawberries. These are a-maz-ing. But after we polished them off we needed a bit of a breather before we started on the last and final top tier.

We sipped on prosecco (it’s £25 to upgrade to the bottle which comes with a bowl of accompanying berries) for a while and then dived in. 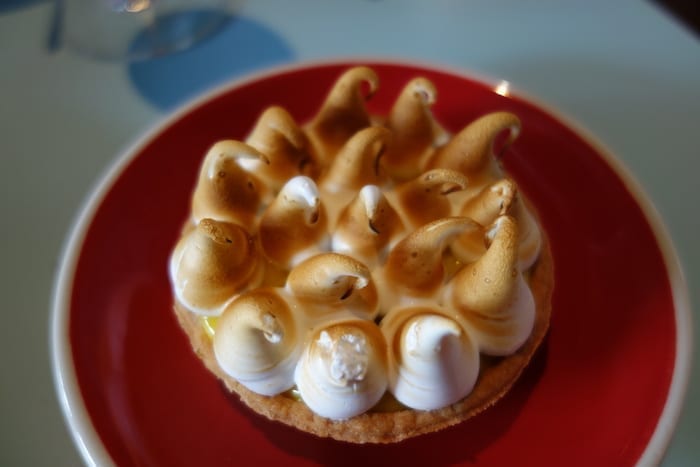 Lemon meringue pie looked adorable and was tangy sharp and sweet as it should be. Chocolate espresso mousse was less sweet but velvety and rich as the rest. Red velvet cheesecake brownies we thought were more of a cake as they were surprisingly light and sponge-like. Not forgetting cake truffles, and it wouldn’t be truly American without a good old American cupcake on there.

Wow! Heaps of food laden with naughtiness. Possibly the dirtiest afternoon tea you’ll find in Manchester. In a good way of course.

Afternoon Tea is available every day from 2.30pm – 5pm. Advance booking is required.