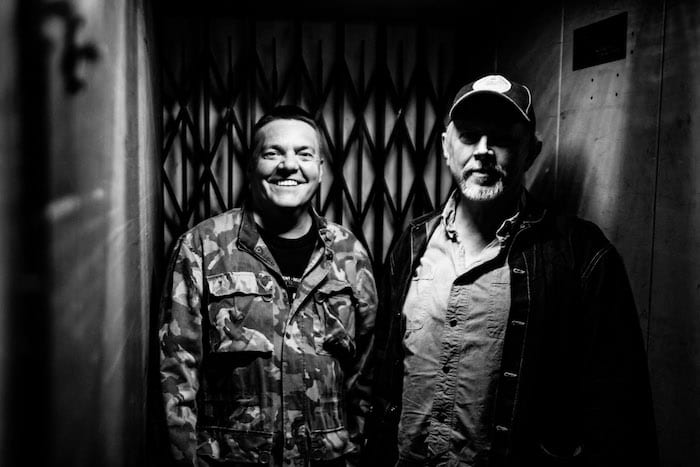 It will be a celebratory homecoming for 808 State when they perform the last night of their 30th anniversary tour back on home turf in Manchester this month.

Although for Graham Massey, founding member of the dance band pioneers of the acid house sound, the anniversary is not about looking back at all.

He says: “We’ve never really stopped in the past 30 years, and frustratingly we’ve done a lot of new material recently so we’re more about bursting into the future. We find the reflection something we’re trying to escape all the time to be honest.

“We’re active musicians and always doing mad projects and moving it forward. Obviously it’s great we have that history and fanbase, but we throw a lot of new stuff in, as well as the songs people will expect.

“For the Manchester gig we’re treating it as the office party! We’ll be sneaking lots of new music in and making it a bit of a ding dong, that one.”

Levenshulme-raised Graham, 58, and bandmate Andrew Barker, 50, will be joined at the Manchester Academy concert on 21st December by young electro-dance producers Lone and Pearson Sound who will help keep the rave going until 2am at the special gig.

Graham said: “It’s great that people love to hear what they know, and you do get a nostalgia trip for people of a certain age, but we’re also trying to bring in a younger audience which is why we’ve got Lone and Pearson on this tour. We’re all singing off the same hymn sheet.

“It’s taking what we’ve started and doing it in a very now context.”

And it will be a family affair to start the night – with both Graham and Andrew’s sons doing the DJ warm-up sets.

“It’s always been about head music, although we had that period in the 90s when we were daytime Radio 1 [after the success of seminal single Pacific State] so we do have a confused demographic.

“We’re quite left field as a band, we’re quite progressive.”

While Graham insists the 30th anniversary is not a time for reflection, we can’t resist asking him to look back at the band’s biggest highlights.

He says: “Some of the peaks would be when we did the GMEX in the early ’90s. People thought we were crazy to do something of that scale, it was one of those musical revolutions, and we were riding that in.

“That whole rave vibe, it felt like a scene, it felt like the whole country was connected. Your music had a freedom, because no one had boxed it in yet. You weren’t a genre, you weren’t pandering to a media, in a similar way to punk was in the 70s.”

As for the lows? Well, Graham admits that has been the changes in the band membership over the years.

He says: “This is it with bands, over 30 years there’s all sort of ups and downs that come into keeping it all afloat, you see the members of the band that are on stage, but then some of the touring camp have been with us from near the start as well.”

Graham and Andrew recently recorded new material at the Transmission Suite at Old Granada Studios, and hope to take that out on tour in 2019.

“We will hopefully have a busy summer presenting the new music, that’s the goal,” he says. “And just to keep momentum going. I don’t see this as a summing up, we feel there’s been some hardships within the 808 camp that we’re just about coming out of now, and getting a new energy.”