Help bring a historic suffragette banner back to Manchester 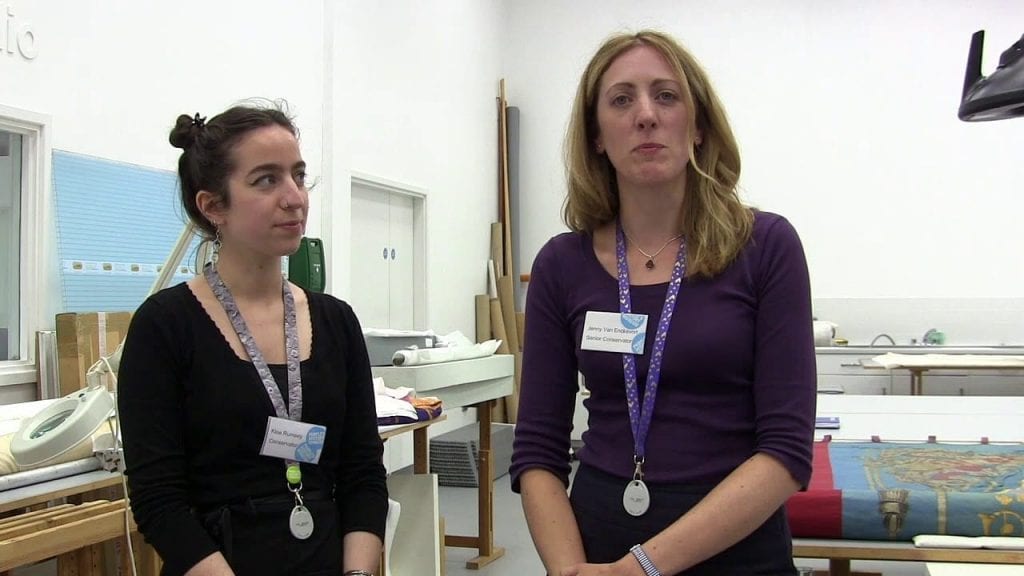 The People’s History Museum is calling on the public to help it bring home a rare suffragette banner that was created over 100 years ago at the height of the Women’s Social and Political Union campaign led by in Manchester.

A crowdfunding campaign has been set up so you can help the museum raise the funds needed to bring it back to the city of its birth.

Described by expert Dr Chris Burgess as ‘one of the most important works of protest art in the UK’, this rare banner would have been used at early 20th century marches where suffragettes demanded more rights for women.

It’s the type that may well have been hoisted high as protesters rallied in locations like the Free Trade Hall, where two women’s suffrage supporters, Christabel Pankhurst and Annie Kenney, were arrested after interrupting a Liberal Party meeting in 1905. 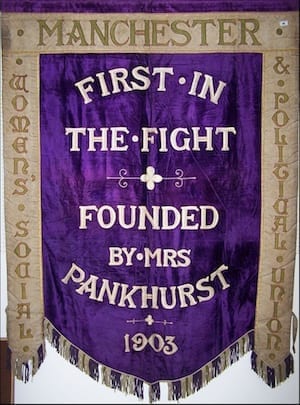 The union was set up in 1903 at the Pankhurst family home in Nelson Street, Chorlton-on-Medlock, adopting the slogan Deeds Not Words,  and grew across the country, gaining notoriety for massive marches, speeches and hunger strikes, in protest that women had far fewer rights than men.

In 1903, the majority of women had no voting rights, were paid significantly less than men and even excluded from certain jobs.

The banner, which reads First in the Fight and Founded By Mrs Pankhurst, is the work of  Thomas Brown & Sons of Manchester, who were renowned for the outstanding quality of their products.

It spent ten years in a Leeds charity shop following the death of its owner Edna White, who moved there in the 1930s. It is now owned by a private collector who bought it at auction earlier this year.

Now’s the chance to bring the banner back. The People’s History Museum is asking people to donate to an online crowdfunding campaign for the banner, which, if successful, will result in it becoming part of its world-renowned collection.

It also means that the banner will take centre stage in its 2018 campaign marking the centenary of women getting the partial vote – something the Women’s Social and Political Union played a part in.

The People’s History Museum has already secured grants from the Arts Council, V&A and the Heritage Lottery Fund.  It is now trying to raise the final £5,000 to bring the banner home.

Experts from across the country have recognised that this is a special and unique historical piece and are supporting the PHM’s campaign.

“As the museum of ideas worth fighting for, the story of democracy is at our very core and the story of the suffragettes in whose city we are based is one that forms an important part of our collection,” said the museum’s Jenny Abbott.

“As we look to 2018, with a programme in place that focuses upon exploring the historical and contemporary aspects of the 1918 Representation of the People Act that gave all men and some women the right to vote, there could be no better time and no better place for this banner to be preserved and seen by visitors.  So we are appealing to people to join and support us in our quest to bring home Manchester’s suffragette banner.”

The campaign will ensure that the banner not only becomes a part of the world’s largest collection of trade union and political banners, but that it will be preserved by the museum’s specialist team.

You can make your pledge by visiting www.crowdfunder.co.uk/bring-manchesters-suffragette-banner-home.