Manchester’s modern Metrolink has come to the rescue of its “granddaddy” tramway in Heaton Park.

The 800 metre track, running from Middleton Road to the Heaton Park boat house, is the only remaining part of the Manchester Corporation Tramways, which ran between 1901 and 1949.

Maintained by volunteers as a popular visitor attraction, it was feared the line would be closed indefinitely – much to their dismay – after it was targeted by thieves who stole overhead cables.

When Transport for Greater Manchester heard about the situation, there was never a question people would want to get involved.

“The Heaton Park Tramway is a fantastic attraction, enjoyed by thousands of people every year, and an important piece of our transport heritage,” said Danny Vaughan, head of Metrolink.

“As soon as we heard about this appalling theft, I picked up the phone to Keolis Amey Metrolink (KAM) and they were already on with finding a solution. 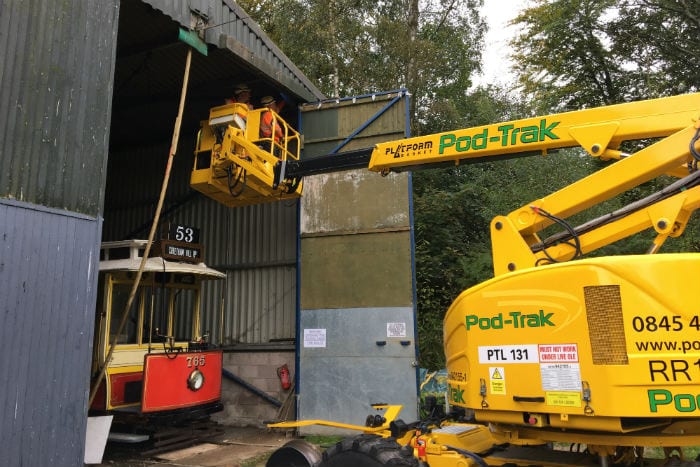 “Credit to them and Pod-Trak, they’ve pulled out all the stops and wasted no time in getting the tramway operational again, much to the delight, I’m sure, of future visitors.”

Graham Thornton, KAM’s head of tram engineering projects, instrumental in getting the repairs done, added: “We’ve got strong links with the Heaton Park Tramway – over the years, our staff have volunteered their expertise and time, so we simply had to help.

“We’ve sourced the wires they need and organised for Pod-Trak to carry out the repairs. These trams are a vital piece of Greater Manchester’s heritage – and for us – and we’re proud to get the tramway operational again for the volunteers and public to enjoy.”

Stephen Given, operations director for Pod-Trak said: “The tramway is an important part of Manchester’s history, and we were delighted to be able to help get the heritage trams back on track.

“It’s important to keep this heritage alive for future generations to enjoy and Pod-Trak are glad to be able to support the volunteers. We are also happy to help with high level maintenance in the years ahead to keep the system going.”

The repairs were completed in a day, meaning that the tramway will soon be back in action after some testing has been carried out on the new wires. The team of dedicated volunteers are planning a grand re-opening later this month to celebrate. 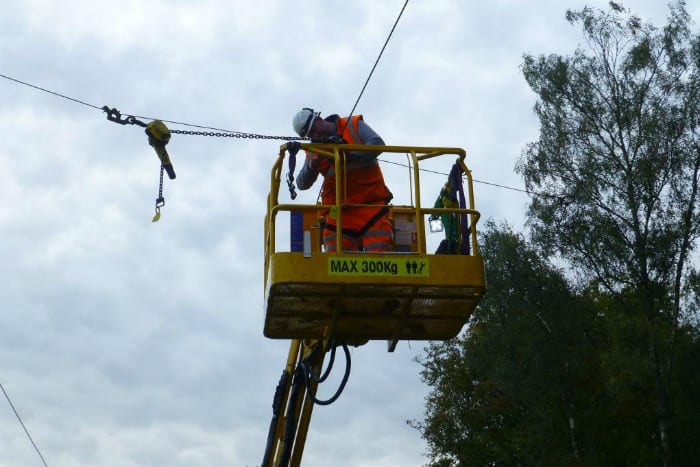 Keith Whitmore, chairman of Heaton Park Tramway Trust, said: “I want to place on record our thanks to TfGM, Keolis Amey Metrolink, Pod-Track and our own city council officers based in the park for their tremendous response, and working in partnership to come to the rescue of our much loved heritage tramway.

“It will now be up and running again quickly. Without their help the future of the tramway looked very bleak indeed. When our volunteers arrived to see the tramway in such a state following the theft of the wiring there was fear that trams would not operate for some time.”

Geoff Senior, operations manager at the Heaton Park Tramway, said: “Ours is the only tramway that operates on its original 1901 track.

“All our volunteers are so grateful for the support given to keep our tramway operating; we rely on gifts, grants and donations to survive, and we will always remember this marvellous response.”

The Heaton Park Tramway was originally used as a siding into the park for trams running along Middleton Road, and was in operation until 1934.

The original 300-metre stretch was extended to 800 metres in 2010 and now runs from Middleton Road to the Heaton Park lakeside.