New BBC Two Documentary chronicles the rise and fall of ‘The Club that Shook Britain, The Hacienda” 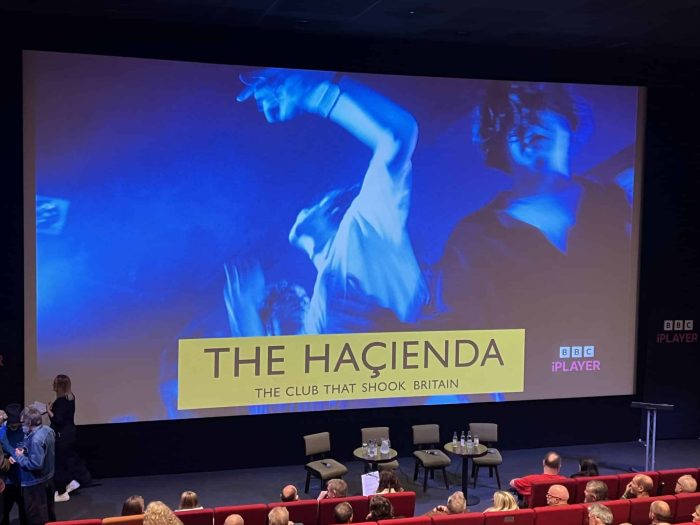 Mike Pickering describes the Hacienda in the film’s opening gambit as like ‘a spaceship landing in dour 80s Manchester’.

But Tony Wilson described it as a cathedral to pop music’s zeitgeist.

So how then, do you make sense of such a cultural icon and enigma of the time?

That’s exactly the monumental task taken on by Wise owl and BBC Two in The Hacienda: The Club That Shook Britain.

In a Glitzy ceremony at HOME the BBC screened a first viewing of the documentary, club goers and the people who made the place came down to celebrate the cultural phenomenon and discuss its cultural legacy 40 years on.

The Hacienda still occupies a place in our imaginations like no other club in UK history.

The Hacienda had origins in the Post Punk movement led by Joy Division, then did a screaming handbrake turn into the acid house and rave scene, and later cemented its legacy with FLESH queer nights. The club was always at the forefront of youth culture in the 80s’ and early 90s’.

The documentary puts together rare and unseen archive footage (admittedly mostly people off their heads on ecstasy) with first hand testimonies from people who were in the thick of it during the Hacienda’s heyday.

We asked the people who made the place why we are still talking about the Hacienda 40 years on.

Speaking to I LOVE MCR, Peter Hook said: “If you were going to be cruel you could say nobody has done anything else as interesting since.

“From 1982 – people looked at what Tony and Rob instigated and they wanted to copy it.  It made Manchester the coolest place in the world.

“It was never built to make money. Anybody who came along to the Hacienda and pitched an idea, Rob and Tony would go for it.

“No matter how mad they were when they came along, they were in.

“Rob and Tony had that belief and they wanted to give everyone who had an idea a chance.

“Rob Gretton was the most generous man you could ever meet in your life. He really helped a lot of people.

“Any lunatic who came could get a night at the Hacienda and that’s what made it great. It opened Manchester up and it opened up people’s thinking.

“It was right at the forefront of youth, music, club and fashion culture throughout the 80s and 90s.

“Post Punk, Madchester, Acid House and Flesh to name but a few. The club’s reputation is still as strong as ever today and I am confident this documentary will educate a whole new generation.” 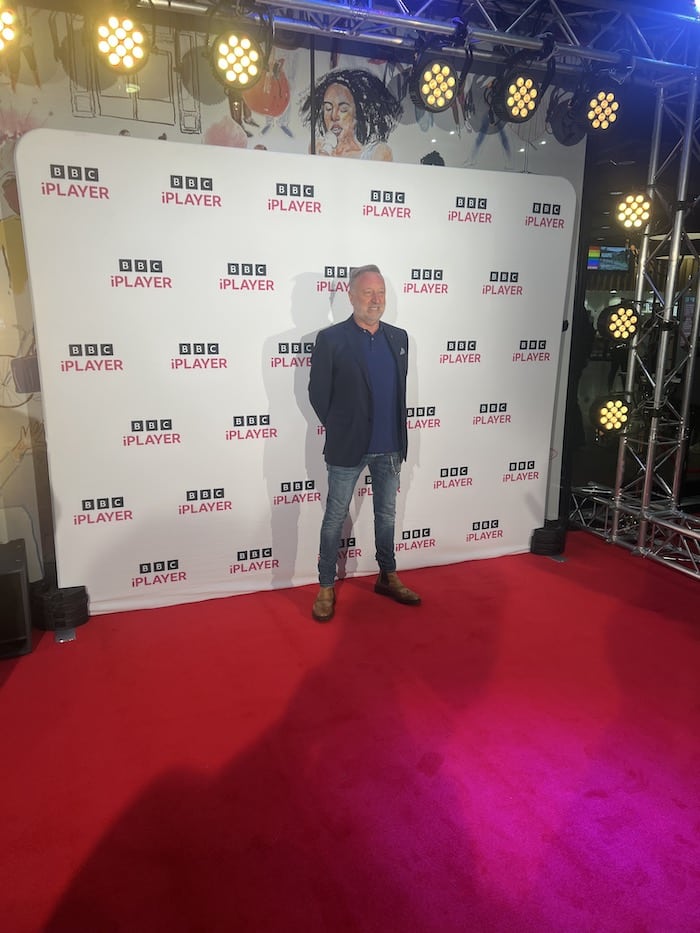 The nightclub shows footage of Madonna’s first performance before she broke as a global superstar, and Mike Pickering talks about some of the acts booked, including Curtis Mayfield and William Burroughs.

Footage of The Smiths, The Happy Mondays and many more iconic bands performing is interspersed with interviews with some of the ‘key players’ in the club’s history from Peter Hook and Stephen Morris (Joy Division/New Order), to famous club-regulars such as Noel Gallagher and Shaun Ryder.

The documentary chronicles the club’s beginnings in postpunk, the swing into Acid house and the cultural explosion of raving and ecstasy that led to the violent clamp down by the police under Thatcher’s government.

The final segue is the club’s evolution into FLESH, a gay night which became so popular doormen were asking punters to prove they were gay on the door.

Speaking to I LOVE MANCHESTER, Ben told us why he thought the club was so successful over the years.

“I think partly because it was in Manchester, partly New Order, partly Tony Wilson and Factory Records and what they were about.

“It lasted about 15 years and ran the gamut through problems but it was about creative freedom, flexibility, a democratic space that allowed for change.

“Madonna did her first public appearance there, William Burroughs did a public reading there.  That was my favourite night ever.

“So, you had all this stuff built into it and I was able to play with that narrative when I was designing paces.

“The hacienda was a secret, there was only a tiny plaque that suggested where it was but it was cathedral like in scale on the inside.

“Every City needs a cathedral and the Hacienda was the city’s cathedral to pop culture. Fearless in fabulous naivety, I’d never designed one and Factory had never commissioned one – which I think ended up as a strength.”

“It had colour, it was big and creative and it spoke to people. It took a while for people to learn how to use it.

“At the beginning it was just a load of blokes in army parkas freezing their t*t’s off wonder what the f**k is going on?!?

“Once it found its feet as time rolled on – it was great.

“When it was the hallucienda and everyone was taking ecstasy, it made no money because everyone was drinking water, they were dancing on every single surface you could possibly dance on.

“It was full of free spirits where people could let go and be happy and express themselves.”

The Phrase the Hacienda is from Ivan Chtcheglov’s Formulary for a New Urbanism.

Chtcheglov became infamous in Paris for later attempting to blow up the Eiffel Tower.

Tony Wilson was fascinated with the Situationists, of which Chtcheglov was a key player. They believed that thoughts, feelings, dispositions, and past experiences and behaviours do not determine what someone will do in a given situation, rather, the situation itself does.

This clearly contributed to the ad hoc nature of hiring bands at the Hacienda, which as the documentary makes clear sometimes worked, often didn’t.

The full quote is:  “And you, forgotten, your memories ravaged by all the consternations of two hemispheres, stranded in the Red Cellars of Pali-Kao, without music and without geography, no longer setting out for the hacienda where the roots think of the child and where the wine is finished off with fables from an old almanac.

“That’s all over. You’ll never see the hacienda. It doesn’t exist.

“The hacienda must be built.”

And built it was, by cultural icons Tony Wilson and Rob Gretton.

Admittedly, for ardent fans of the Hacienda this documentary won’t be ‘new news’ and will probably cover a lot of old ground, but hopefully it will inspire the next generation of fans to create something that will live forever in Manchester’s rich history.

The documentary finishes with New Order talking about how funding the club drove them to split, and how it still rankles with members of the band to this day.

The despair is palpable in Stephen Morris voice towards the end in how the Hacienda crushed the members of New Order’s friendships. There is a tangible regret in his voice.

8,000 people applied for tickets to be at the premiere, which just tells you how important the legacy of the club remains.

The Hacienda: The Club That Shook Britain premieres on BBC Two this Saturday at 10:15pm.