Here’s a nifty way to delve into Manchester’s 2,000-year history – via the medium of ten cocktails.

Manchester’s loftiest bar, Cloud 23 at the Hilton Hotel, has come up with an impressive new cocktail menu that takes you on a trip of Manchester through the ages.

There’s a cocktail inspired by the Roman origins of the Manc name, the industrial revolution, through to the modern-day discovery of super-material Graphene in the city.

And of course, no history of Manchester would be complete without a mention of the Hacienda – and the cocktail inspired by the legendary superclub comes in a circular black and yellow holder like a mini dancefloor, with the “FAC 23” serial code, and it spews out smoke too with the promise that it will “twist your melons”.

Bar bosses say the menu will enable guests to “tour the city’s past history, which is filled with incredible, iconic moments, via your taste buds, by sampling 10 carefully-curated cocktails”.

You can choose from alcoholic or non-alcoholic versions of each cocktail on the menu, which are all available now.

Here, we take you through each cocktail and which moment in Manc history has inspired it. 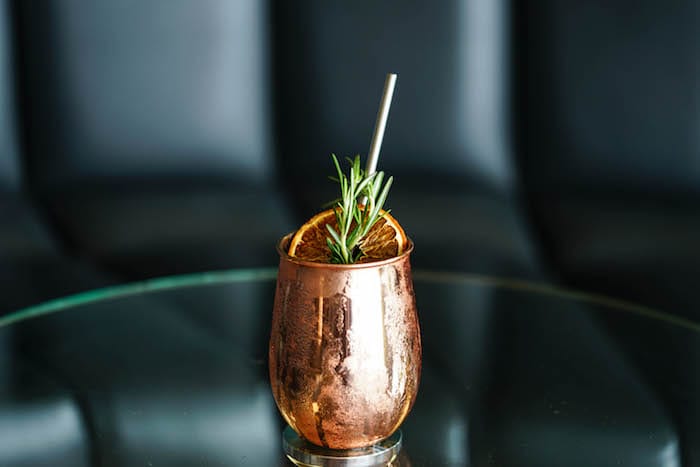 Start where the city began with this fresh and earthy cocktail inspired by the former Roman fort, built a stone’s throw away in Castlefield overlooking the River Medlock, made from turf and timber. The cocktail includes Ketel One Vodka, bergamot, rosemary and samphire soda. 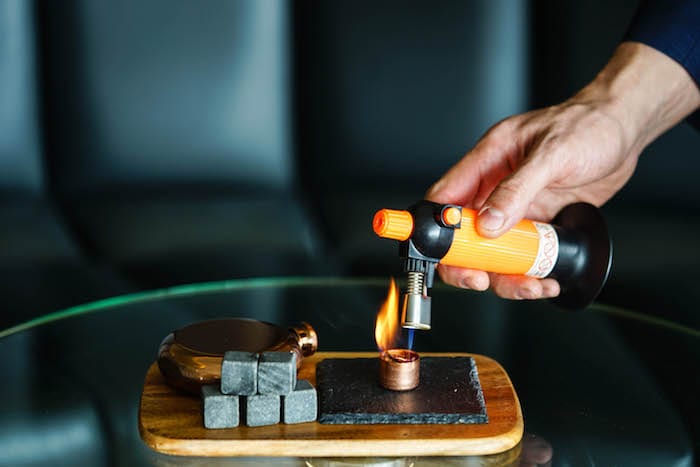 An advancement on turf and timber, the lapis et camento cocktail represents the advanced stone and mortar buildings and the gatherings of sheds and furnaces, which sprung up to create the first “industrial estate” in the small town of Mamucium. This cocktail includes a combination of Chocolate & Chilli Bulleit Bourbon, salted caramel, Kamm & Sons, cherry and toasted wood.

The fanfare of Balloon Street is captured in this cocktail, which encapsulates James Sadler – the first British person to make a balloon ascent. His balloon contraption took flight from the city in May 1785, co-piloted by his own cat. This floating cocktail combines Zacapa 23 Rum, citrus, pistachio, Cynar, elderflower, apple and helium.

1827 – The Botanical and Horticultural Society

Many moons ago, just past Old Trafford, Manchester had its very own Royal Botanical Garden. Created for the study of botany, but also a place of clean air, the industrial nature of the city during the 19th century meant that pollution was widespread and the gardens were meant as a means of escape from the harshness of life. This cocktail, like its namesake, is fresh, fruity and floral, and contains blushed Tanqueray 10 Gin, pink grapefruit and lavender soda, rose petals, pink peppercorns, and rhubarb. 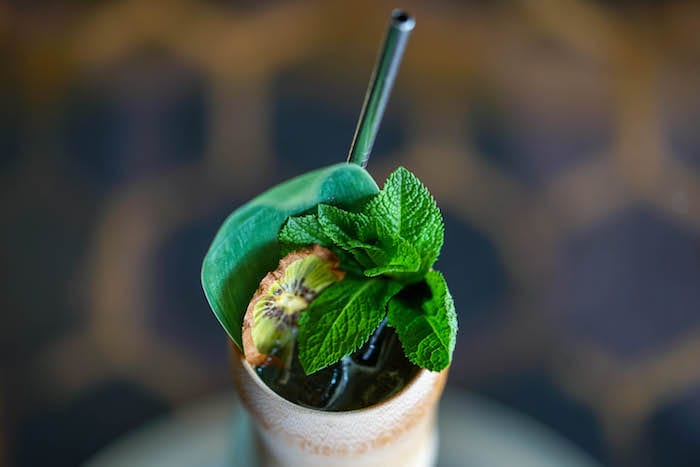 Mark the start of vegetarianism in the tiny chapel of Salford, pioneered by William Cowherd and Joseph Brotherton, with this cocktail which combines kaffir lime-infused Monkey 47 gin, aloe vera, kiwi, passion de fleur and yuzu, for a tropical and plant-based nod to the Vegetarian Society. 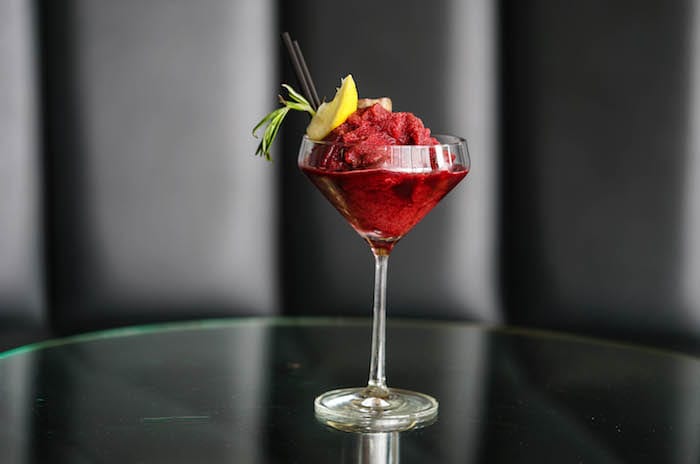 Originally created as a herbal tonic, Vimto was formulated in Manchester to give drinkers “vim and vigour”. Popularity of the tonic grew and it is now sold in over 85 countries across the world. This cocktail combines the purple guilty pleasure with Ciroc Red Berry Vodka, blueberry, Madeira, and citrus in a fruity tipple. 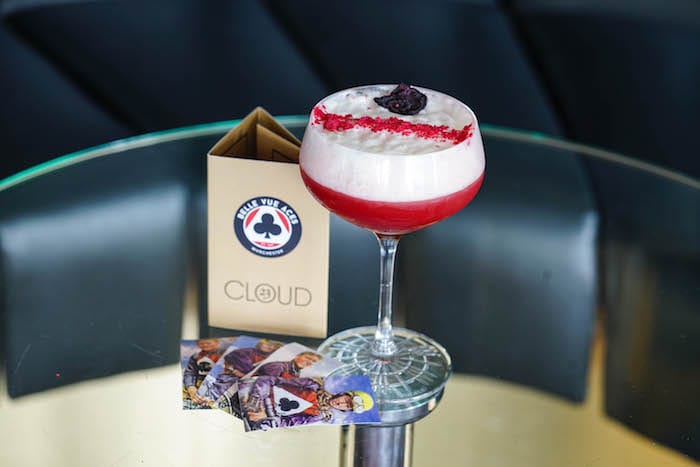 The former athletics ground was given an extra dose of speed and upgrade in 1926 when it became a speedway, synonymous with high speeds and adrenaline. This cocktail is enough to fuel a day at the races and contains Aces Spirit, raspberry, strawberry, beetroot, lemon and apple foam and egg white. 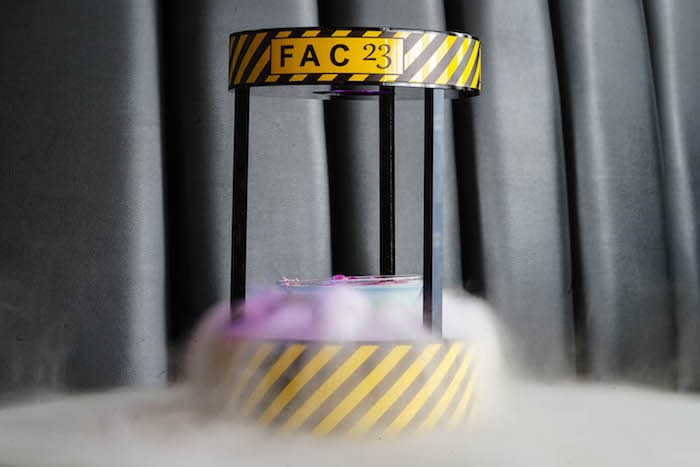 Known as the “People’s Palace”, the infamous Haçienda was at the epicentre of the Madchester scene in the 80s and early 90s, fuelling the rise of Acid House music and rave culture. It hosted performances by everyone from The Smiths to a then relatively unknown Madonna, in what was her first UK performance. The fruit cocktail will “twist your melon”, and contains Absolut Elyx, banana, citrus and blue curacao. 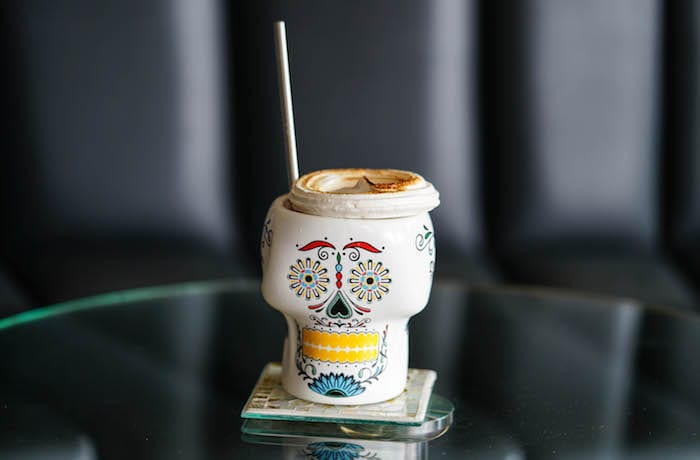 The famous slogan, conjured up by Leo Stanley after a night out at The Haçienda, was a brainwave printed on t-shirts worn by Jean-Paul Gaultier and Madonna, and now immortalised in a mosaic outside the entrance to Afflecks Palace. This wacky cocktail contains Don Julio Tequila, Cachaca, mango, ginger and lemon balm, peanut butter liqueur, and vanilla ice cream. 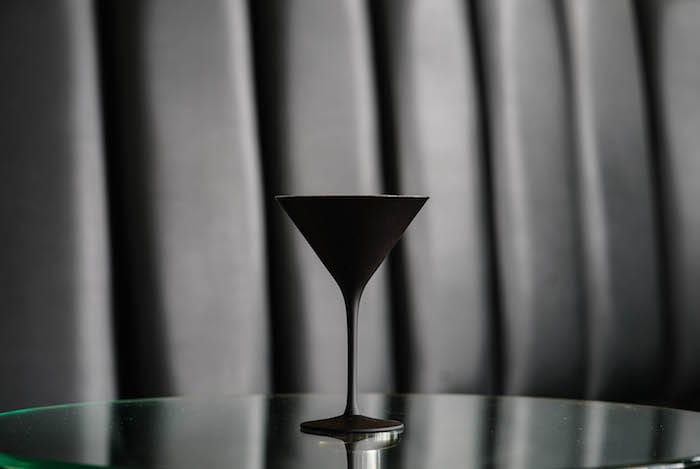 Perhaps the most recent Manchester creation, Graphene was made and studied by magnificent minds Geim and Novoselov who won the Nobel physics prize for their work at the University of Manchester. The material is the most conductive known to man and is stronger than diamonds and 200-times stronger than steel. This cocktail celebrates the city’s latest scientific achievement and contains Ketel One Vodka, Sherry, Laphroaig and almond syrup, black pepper and maple foam.