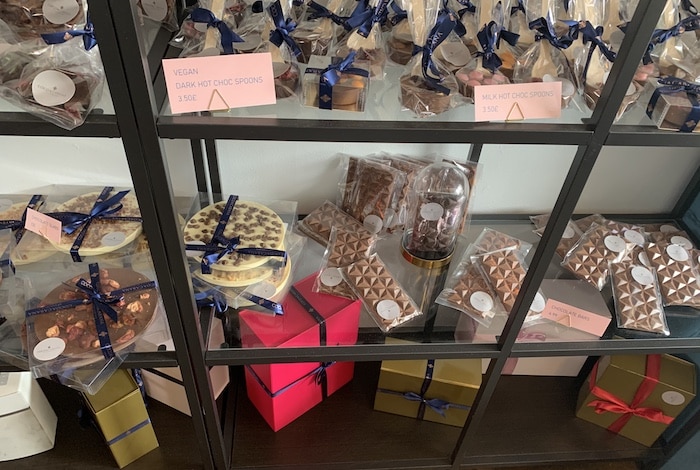 Calling all chocoholics! There are a number chocolate treasure troves dotted around our beloved city, full of mouthwatering cocoa delicacies.

Some offer up classical combinations we all know and love, while others deliver more exotic blends or bizarre ingredients not usually paired with the heavenly cocoa bean.

We visited four independent chocolatiers, rating them for quality, authenticity, and value for money. 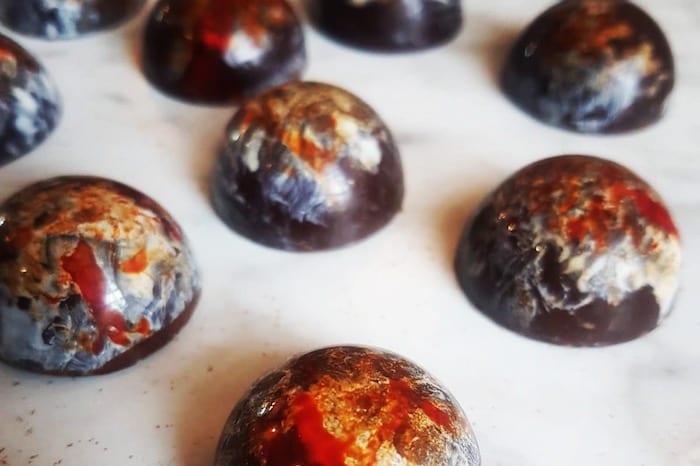 Situated in affluent and cosmopolitan Didsbury, and with a newer branch in Ancoats, Cocoa Cabana poses as your silver service chocolate-devoted café, the decor reminiscent of an old-fashioned tea shop with antiquarian and floral themes. It’s cosy, nostalgic and inviting.

Upon ordering, our eyes are fixated by the hot chocolate bombs and love hearts on display. However, we’re here to sample the truffles.

Whilst choosing, one of the waiters offers advice on which truffles I might like, kindly giving me a free raspberry heart to try – refreshing and tangy, with a complementary outer coat of white chocolate. 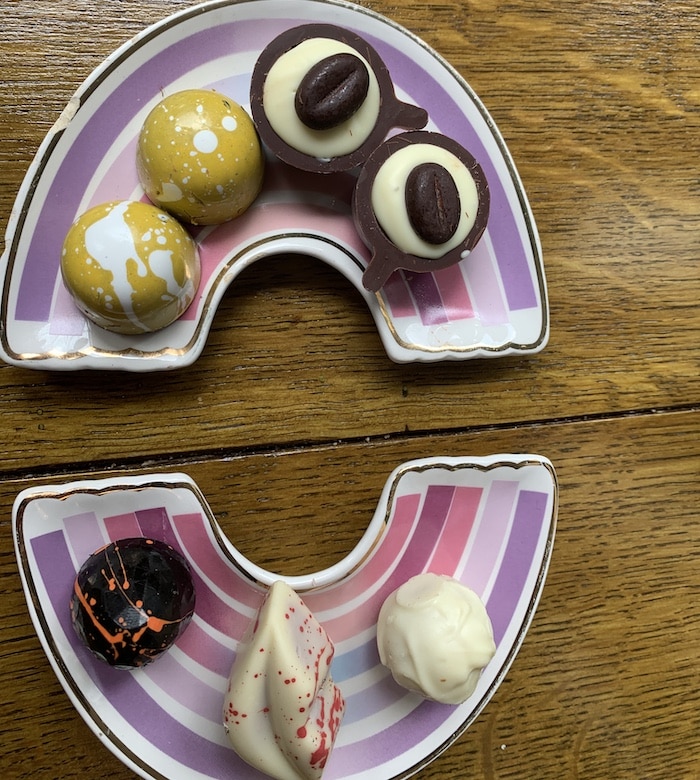 A favourite has to be the lemon meringue truffle. Zingy, smooth, and citrusy, it’s like eating a miniature version of the classic dessert.

Considering the quality of the food, service, and value for money, I shall be returning here very soon. 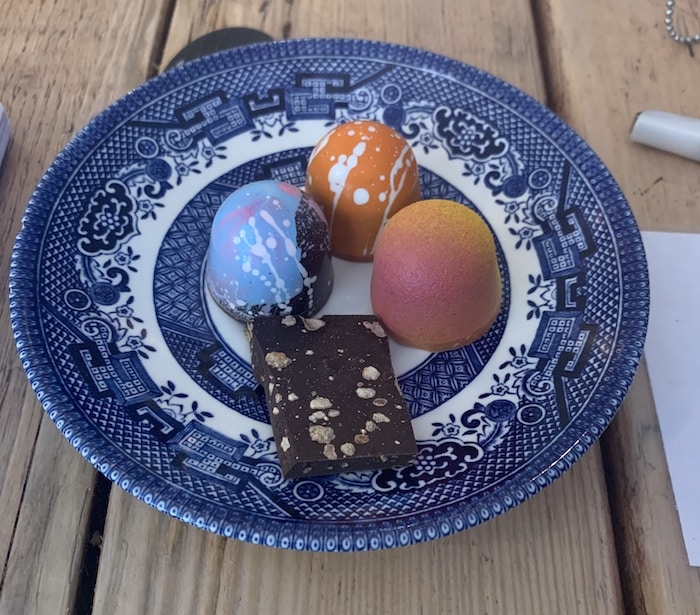 A hidden gem of Chorlton is one way of describing Cocoa Tree, which you rarely leave disappointed.

Once sat down, you can use the Cocoa Tree’s new ‘skip the queue’ app. Simply scan the QR sticker on the table and it will bring up their menu so you can order online.

Less than ten minutes later, three truffles and a waffle topped with crème fraiche, honey and berries were ready to be devoured – a sweet escape from the outside world.

The truffles were so mouthwatering that I had demolished them within a few minutes. 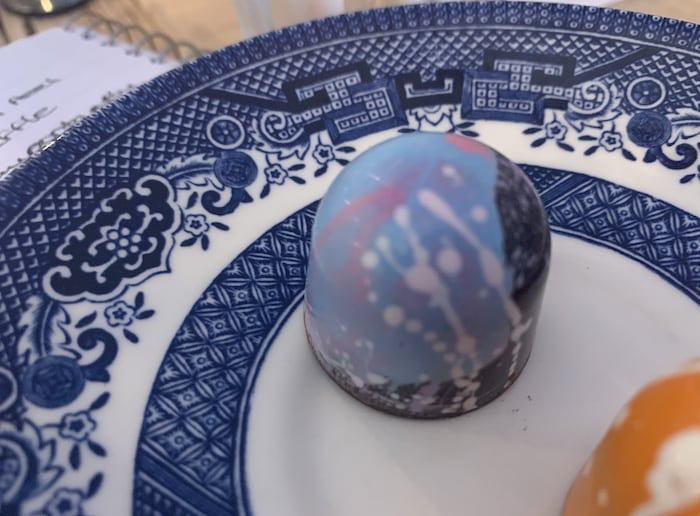 The Amaretto is a must if you love alcoholic chocolates. Sharp, smooth, and sweet, exactly how truffles should be.

Next was the Sorrento orange. Memories of eating a Terry’s chocolate orange as a child at Christmas came flooding back.

Finally, the raspberry rose truffle. If you’re a Turkish delight fan, you’ll like it. Personally, I could taste more rose than raspberry, but nevertheless, it brought a smile to my face.

A favourite? No. Each one posed as a miniature piece of art, hand-crafted so delicately it appeared too good to eat. 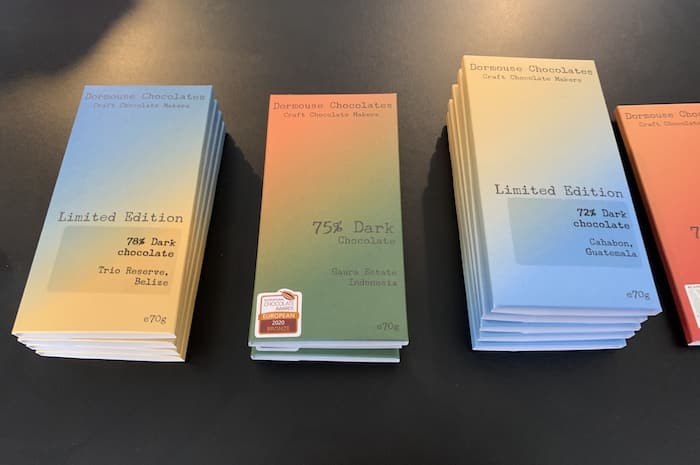 Deansgate has become another trendy spot for cafes and restaurants.

Tucked away in Deansgate Mews, Dormouse Chocolates create their chocolate ‘from bean to bar’ on-site, which is a rarity these days.

Although only a small shop, I nonetheless felt intrigued by the multiple chocolate bars on display near the counter.

Whilst talking to Isobel, I discovered their cocoa beans were sourced from a variety of cocoa farms globally, each bearing unique flavours due to their origins and percentage. 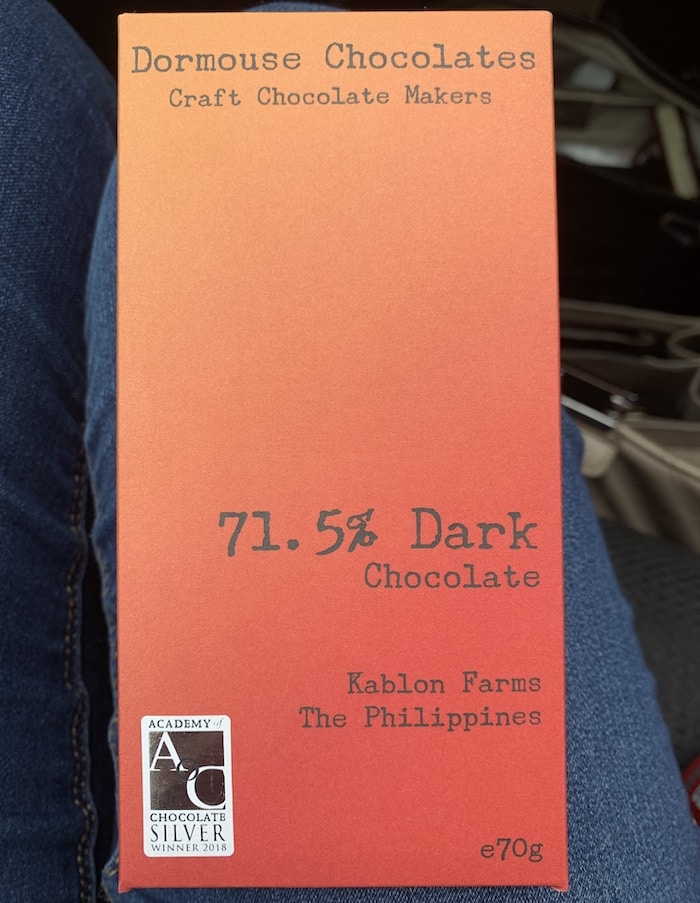 The chocolate bar that I chose, for instance, came from Kablon Farms in The Philippines and was 71.5 % dark chocolate. Isobel told me it had subtle hints of red wine and dried fruits. I was able to pinpoint the infusions of dates and raisins, and it’s very addictive.

At £6 a bar, Dormouse chocolate impresses on all fronts, offering authenticity, texture and taste, with no added ingredients other than cocoa butter, cocoa beans, and sugar.

The only criticism is that I would have liked to have seen additional chocolate inventions – but that’s just my creative head speaking! 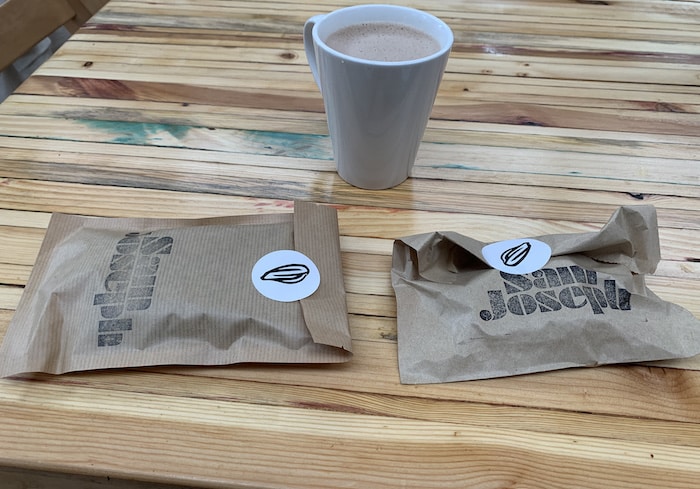 If you have been to Altrincham Market, you’ll know of the numerous food, drink, and craft stalls it has to offer.

The historic building dates back to the late nineteenth century. Its resident chocolatier, Sam Joseph, opened in 2014 and since then has been selling chocolates, hot drinks, and sweet treats to thousands of chocoholics each year.

In terms of choice, there wasn’t a huge selection of chocolates available. Naturally, as it is a stall, it won’t have as much space as a shop, yet I still felt there could have been a few more truffles.

What struck me though were the bizarre flavours. Think banana and Earl Grey or rosemary and olive oil – just two of the truffles we tasted. 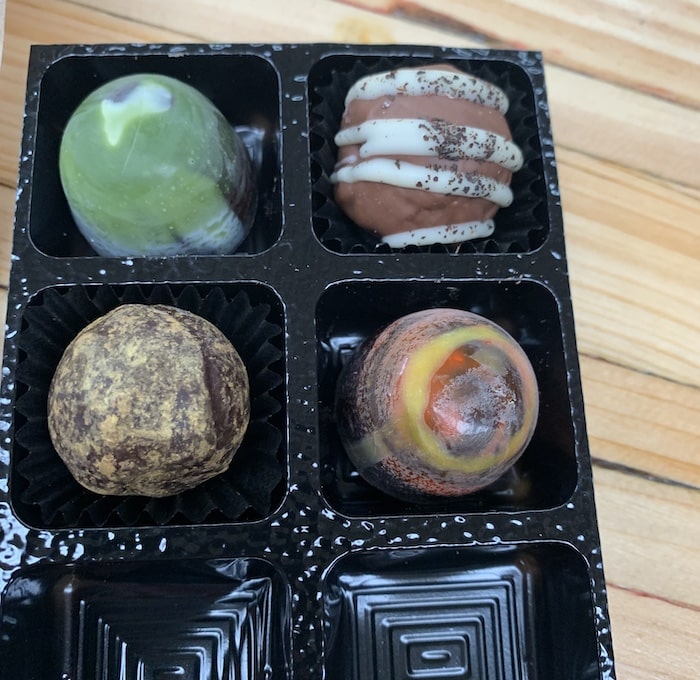 My initial concern was that the combinations would prove too daring, but in actual fact, they weren’t that bad. The banana and Earl Grey bore the texture of a banana, weirdly enough. However, the downfall was that I couldn’t taste any Earl Grey whatsoever.

As for the rosemary and olive oil, it presented as a sort of savoury chocolate, causing me to be somewhat skeptical once again in terms of flavouring. The rosemary stood out by a mile and thus overwhelmed the olive oil. Basically, an issue of opposing flavour combinations. One ingredient is overpowering the other.

Hats off though for taking that risk with these flavours as they are pretty unusual when paired with chocolate – and some adventurous chocolaholics will no doubt love them.