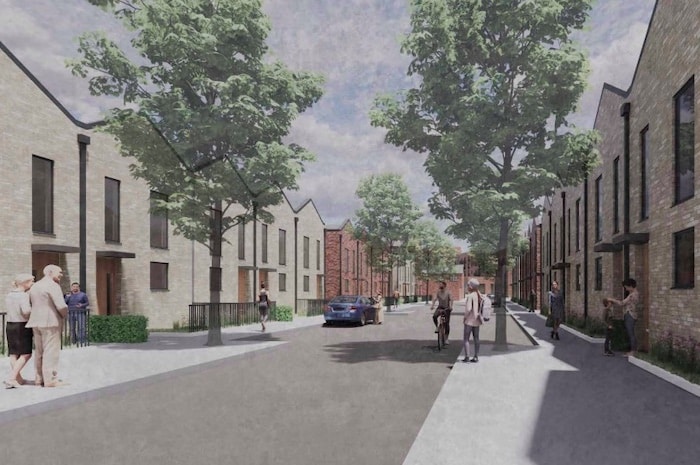 The Council’s executive committee will be asked to endorse a transformation masterplan to guide the regeneration of the Grey Mare Lane Estate in east Manchester at a meeting this Wednesday.

The current estate was built some 50 years ago and homes in the area vary in age, construction and condition.

As such, many of the properties have poor sustainability standards due to their outdated design (Wimpey no fines construction method).

In the 1970s and 80s, East Manchester was characterised by widespread deindustrialisation, which saw both employment and population plummet.

Some selective demolition of empty properties was undertaken in the 1990s as a result of this population loss.

The vacant sites created will now be re-used for new affordable housing.

More recently, the wider area has seen major investment and development, including the Etihad expansion, East Manchester Leisure Centre, and East Manchester Academy (including new library) – and the community is already serviced with excellent transport links, with the tram system providing connectivity to the city centre and wider conurbation.

The Council has been working in partnership with One Manchester Housing Association on the Strategic Regeneration Framework for the Grey Mare Lane Estate since 2017. 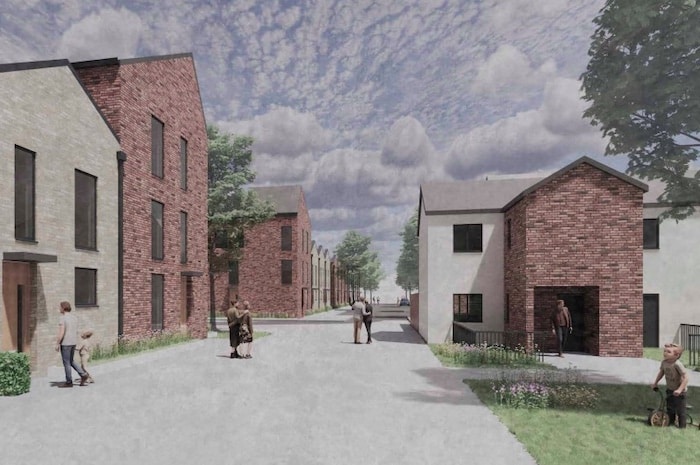 Since 2018, One Manchester have been consulting with tenants, residents, and the wider community to develop a masterplan strategy for the neighbourhood – which will require a multi-phase development programme – creating significant new affordable housing, improved public spaces, a new community hub and new high street along Grey Mare Lane itself.

There are also plans to retrofit 150 existing homes as part of the government’s decarbonisation funding, through over-cladding, re-roofing, new windows and doors to improve energy efficiency and thermal comfort. (Retrofitting homes that are not managed by One Manchester will be subject to government funding).

Further proposals include replacing the current community centre with a new Community Hub within the neighbourhood; developing a community-led high street, including options for community café, local business units and community enterprise units; and neighbourhood-wide landscaped public realm and environmental enhancements, along with traffic calming measures.

The estate transformation will include disposing of City Council-owned land to One Manchester for the proposed new housing.

Following the endorsement of the proposals by the Council’s executive, One Manchester will develop planning applications for the regeneration of the Grey Mare Lane estate through a phased approach, which will be submitted to the local planning authority next year.

“East Manchester has seen some incredible development in the last two decades, which has really transformed this part of the city from a largely disused, former industrial neighbourhood into a globally recognised sport and leisure destination,” said Cllr Gavin White.

“The Grey Mare Lane estate has stood in the shadow of this development and although there has been key investment in the community in recent years – including a new secondary school, library and leisure centre – this programme of housing and community development will be the first in some decades.

“Our focus here will be to increase access to social and affordable homes for local people, employing a host of low carbon technologies to ensure the homes are as sustainable as possible – and low cost for residents – alongside a wealth of other neighbourhood improvements.

“We know this is a long time coming for some residents and we hope these proposals will be welcomed by the community.”

Judy Noah, Director of Development at One Manchester, said: “I am delighted that following the delays of the last 18 months due to COVID, we are now moving forward with our plans to transform the Grey Mare Lane neighbourhood.

“We’ve spent the summer engaging with residents over our proposals and in the new year we plan to start working up the detail.

“One Manchester are excited to be bringing forward this regeneration scheme with the support of, and in partnership, with the City Council and the local community.”