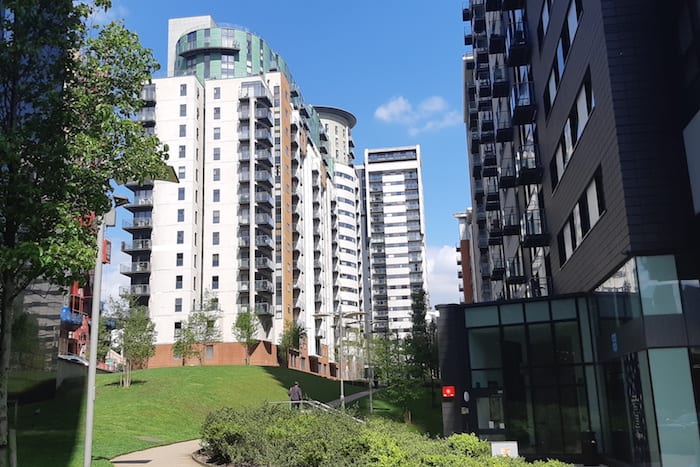 Since the Grenfell Tower fire disaster, which claimed 71 lives in west London in June 2017, more than 175 private residential buildings – several in Manchester and Salford – have been identified as having similar, dangerous cladding systems.

While money has been provided for remedial work on social and council housing blocks, there is no funding to remove the material from private buildings. This is resulting in the cost being passed to leaseholders who face the double threat of financial ruin through bills running into tens of thousands of pounds and of devastating fire.

Surveys have revealed that living with the twin threats had had “a huge effect” on the mental health of affected residents.

Fran Reddington, a member of the Manchester Green Quarter steering committee said the new campaign, End Our Cladding Scandal, was demanding the release of government funds for the replacement of dangerous cladding on private sector buildings and for works to take place within two years.

The campaign is also aimed at securing money for any interim fire safety measures and refunds for residents forced into paying huge bills. 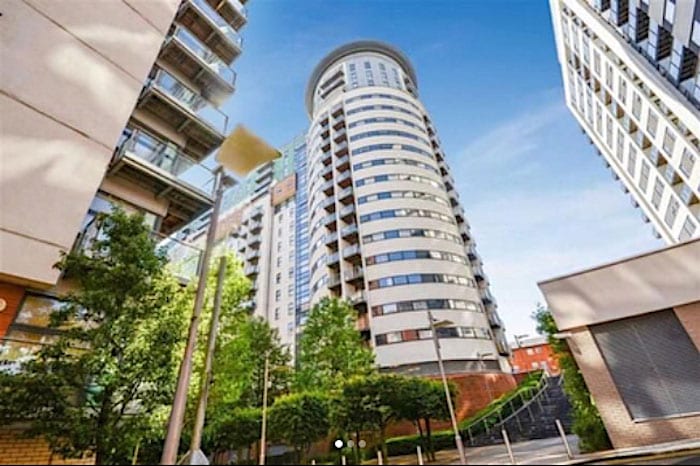 The residents of Vallea Court and Cypress Place in the Green Quarter learned only last month that they would not now have to pay bills of £20,000 each to meet the £3 million cost of replacing the cladding.

But their victory followed “20 distressing months” after a tribunal ruled they would have to pay.

Fran added: “Although Green Quarter has won this battle, we are so dedicated to ensure that all leaseholders no longer face this burden and get to our position.

“The impact is so far reaching. The first sub-campaign is focusing on mental health, but there will be many other sub-campaigns such as impact on lives and cost, fire safety, what interim fire safety measures mean.

“Residents of three buildings in Manchester – Green Quarter, Skyline and City Gate – have been working together for a number of weeks supported by Manchester Council. We worked to seek support from Inside Housing and included UK Cladding Action Group to ensure it was a nationally focused campaign.

“We have all been working very closely together to form this campaign and are delighted with the momentum it has already received.”

In an article for Inside Housing, Manchester city council chief executive Joanne Roney wrote that nearly two years ago a residential tower block in London became the biggest news story in the world.

“The image of Grenfell the day after the tragic fire has become a vivid reminder to everyone working in the residential sector,” wrote Joanne. 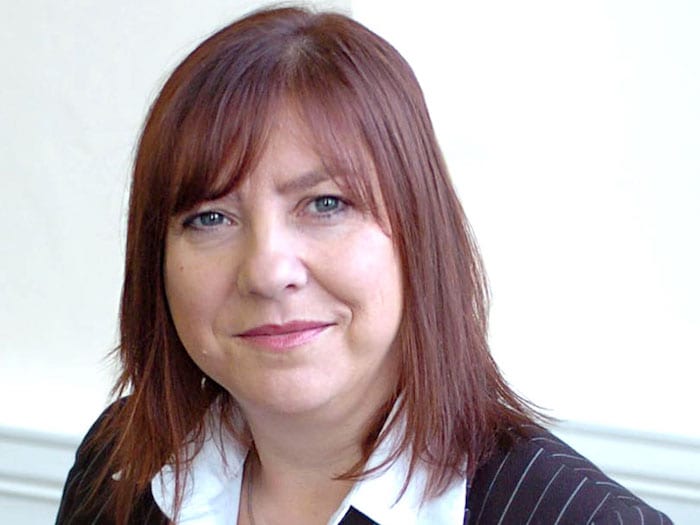 “Rarely does a week go by without a mention of Grenfell in the media. The continued impact it is having on the local community and the lasting implications on the housing industry at large are telling of a story that saw the country reel in shock.

“Immediately after the tragedy we went into overdrive, checking our tower blocks to make sure our residents are safe as possible in their homes, making sure the same thing couldn’t happen again in our towns and cities.

Months later, the ongoing impact of that night are still being felt, wrote Joanne.

“In Manchester, the rising tide of leaseholders being held accountable for remedial cladding system works – to the tune of several thousands of pounds each – has become one of the key issues.

“We have identified 15 private high rise buildings that feature ACM cladding – the same cladding used on Grenfell – and as a result, we are receiving more reports of building owners or freeholders attempting to pass on costs for works to leaseholders in attempt to protect their own interests.

“This is nothing short of scandalous.

“Government’s own advice is that building owners should be stepping forward to absorb any works necessary to ensure their building complies with regulations, and we remain fundamentally opposed to leaseholders being held hostage to the insurmountable costs set against them.

“If we are going to truly support our leaseholders we need Government support and we need it now.

“Our key ask of Government is to set up a national fund that will pay for cladding works in private blocks, as they have done already for social housing. Crucially, this fund must encompass full cladding system faults –  including insulation and fire breaks – and not be limited to cladding alone.

“We can report an early success supporting the residents of two blocks in Manchester’s Green Quarter where the Council has acted as mediator between residents, building owner and other parties to ensure no leaseholder was held accountable for cladding costs.

“During this process we lobbied Government to increase their support for leaseholders and some powers were announced suggesting councils can carry out cladding system work in default and recharge to the building owner.

“Investigating how these powers might work, we believe they will only apply to limited cases – perhaps only 10 or 20% – where building owners refuse to act.

“For example, we are currently supporting the residents of another private high-rise buildings in Manchester – Skyline 1. This property does not have the Grenfell-style ACM cladding but their building has a serious cladding system defect in the fire breaks.

“We are finding that our current powers are proving inadequate given the freeholder is willingly complying with discussions. However, they remain unmoved and are currently attempting to burden leaseholders with cladding costs, for some up to £27k each.

“The Skyline building also highlights the importance that Government support must encompass all cladding system issues – in this case fire breaks and not simply panelling alone – and we will continue to lobby Government for clarification on this important point.”