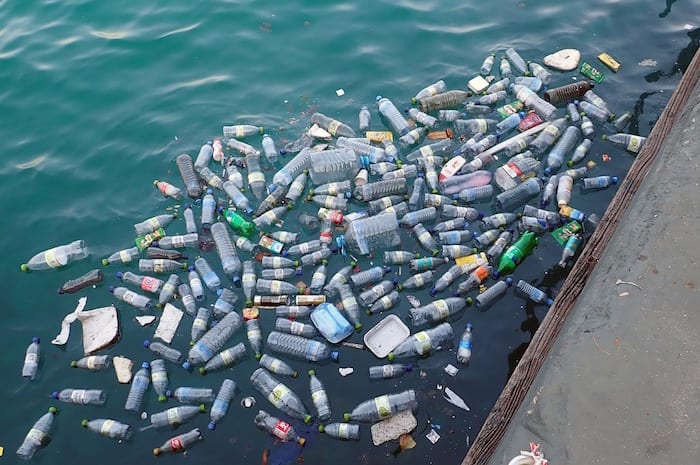 There was an old saying in the newspaper business. Never launch a campaign unless you are absolutely sure of winning it – otherwise you are a hostage to fortune and leave an open goal for your rivals to dub you a failure.

You might imagine that this would be particularly applicable to politicians but there are few signs of them holding back. Certainly not Greater Manchester’s  metro mayor, Andy Burnham, who has nailed his colours to campaigns aimed at two of the most intractable problems of our time – rough sleeping and now pollution by plastic.

The ambition is for Greater Manchester to become the UK’s first city region to ditch the scourge of single use plastic by 2020. If the year sounds familiar, it’s the same deadline set by Mr Burnham to end rough sleeping in the region, a problem he concedes is getting worse since the target was set.

The single plastic campaign, launched at Mr Burnham’s Greater Manchester Green Summit and fronted by former Manchester United and England footballer-turned hotelier and property tycoon Gary Neville, is, perhaps wisely, a small step in tackling one of the worst causes of pollution on the planet.

The campaign’s initial prime targets are plastic straws, party balloons and single-use coffee cups. There’s no mention yet of measures to cut down on the massive use of plastic for packaging just about everything from fresh food to newspaper magazine sections and even Easter eggs.

The move follows the shocking recent revelation that the River Tame, which flows through Tameside and joins the River Goyt to form the Mersey at Stockport, is the worst plastic-polluted river in the world.

Mr Burnham told the summit at the Manchester Central convention centre: “People have been horrified by the images on our televisions showing just how polluted our oceans and rivers have become through plastic waste. But this isn’t just happening on the other side of the world. Last week we heard the difficult news that Greater Manchester’s rivers were some of the most polluted.

“It’s clear that we cannot just carry on as usual — the time has come for action. Greater Manchester is a region renowned for innovation — we’re large enough to experiment at scale, yet small enough to come together and innovate at speed. Just look at what we’re doing today — the Green Summit is a unique event that’s brought all sorts of people together to reduce our carbon emissions, crowdsource ideas to make Greater Manchester one of the greenest city-regions in Europe.

“I’m proud that major figures from Greater Manchester’s hospitality and tourism industry have chosen the Green Summit as a platform to launch this campaign that could help make Greater Manchester the first UK city-region that eliminates single-use plastics. It’s got my full support.

“It won’t be without challenges, but Greater Manchester is all about leading the way and doing things that bit differently. If we’re successful in our efforts to drive down our use of single-use plastics and accelerate our ambitions for carbon neutrality, there’s no reason why similar models couldn’t be adopted across the UK.”

Gary Neville said: ” Reducing the use of plastics across the GG Hospitality portfolio is a key priority for us. We have already removed plastic straws from our businesses, including Hotel Football, all three Cafe Football sites and GG Events and Catering. We’re pleased to add our support to the Plastic-Free Greater Manchester Campaign and respond to the Mayor’s challenge of making Greater Manchester one of the greenest city-regions in Europe.”

Mr Burnham said he would help by setting up a consortium to buy reusables in bulk and supply them to small businesses to make the switch affordable.