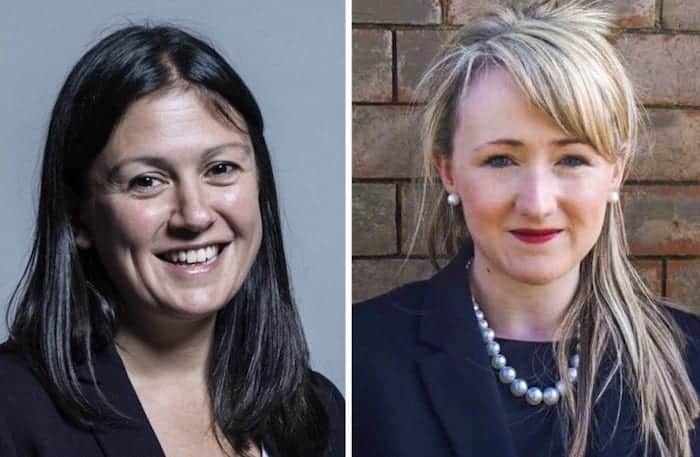 Two Greater Manchester MPs are among the front-runners to succeed Jeremy Corbyn.

Rebecca Long-Bailey, MP for Salford and Eccles, and Wigan MP Lisa Nandy are also in contention to make history by becoming the first woman to lead the Labour Party.

A third local MP, Angela Rayner, member for Ashton-under-Lyne, widely tipped to make a bid for the top job herself, is reported to have made a pact with Long-Bailey to forge a “dream ticket” for the Corbynite left, with Rayner bidding for the deputy leadership role.

The deal would clear the way for the party membership – broadly supporters of Jeremy Corbyn at least until Thursday’s disastrous election result – to back his favoured candidate.

Senior Labour figures, including Shadow Chancellor John McDonnell have said that the next party leader should be a woman and not from London.

McDonnell and Shadow Justice Secretary Richard Burgon gave their backing at the weekend to Long-Bailey. McDonnell said she would make a “brilliant” leader and her odds shortened sharply today, with bookies Paddy Power offering 10/11.

Long-Bailey, 40, a Salford docker’s daughter born in the shadow of Manchester United’s Old Trafford ground, was elected from an all-women shortlist to succeed Hazel Blears in 2015. 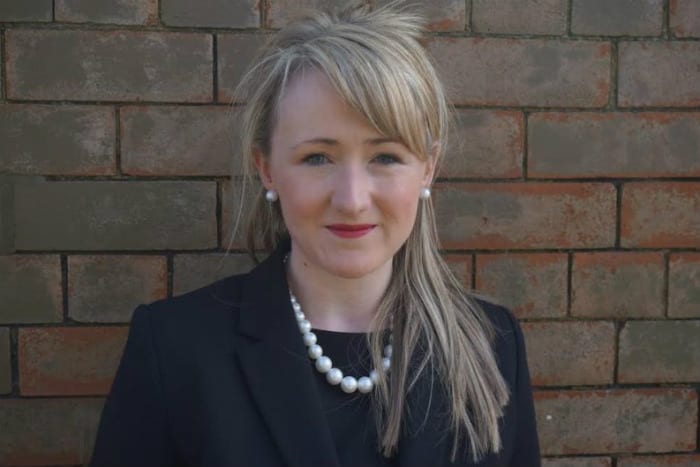 She nominated Jeremy Corbyn for leader following the resignation of Ed Miliband and has been a close ally of both Corbyn and powerful Unite Union boss Len McCluskey.

On her website, she says: “I began my working life serving at the shop counter of a pawn shop, an experience that taught me more about the struggles of life than any degree or qualification ever could. I also worked in call centres, a furniture factory, and as a postwoman before eventually studying to become a solicitor, where, for many years I acted on behalf of NHS bodies on a range of governance and contractual issues.

“I became interested in politics at an early age because I saw the struggles that my parents and other local families faced. I was angry at the inequality and unfairness I had seen and I wanted to do something about it.

“A society should be judged on how it treats the most vulnerable in the community and I believe that we should rebuild a British economy with the welfare of the British people at its very heart. The foundation stones of our economic policy should be prosperity and social justice not greed and despair.”

In her maiden speech to Parliament Long-Bailey talked about the history of Salford and Eccles and the struggles that the people of Salford, Swinton, Eccles and Pendlebury unfairly faced due to a financial crisis they didn’t cause at the same time that Conservative Government turned a blind eye to tax avoidance and hands out tax breaks to millionaires. 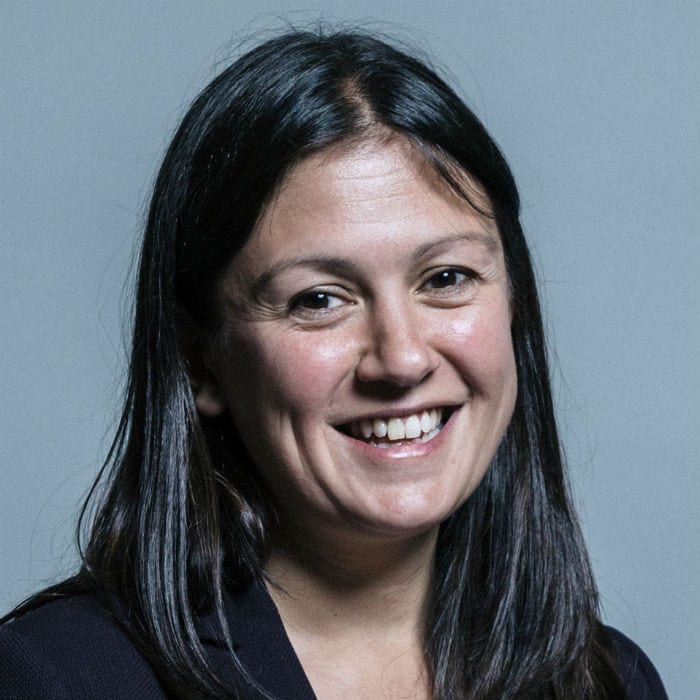 The Manchester-born 40-year-old served as Shadow Energy and Climate Change Secretary in 2015-16 under Ed Miliband’s leadership but resigned when Corbyn became leader. She was one of 19 Labour rebels who voted in favour of Boris Johnson’s Brexit deal in October.

Influential former Labour MP Caroline Flint, who blamed her defeat in Don Vally on Corbyn’s leadership, said on ITV’s Good Morning Britain that Nandy was “one to watch”.

The Wigan MP has said she was seriously thinking of being a leadership candidate but admitted there was a “very, very hard road” to regain the trust of Labour voters in towns across the north of England.

She said people did want radical change, and many of Labour policies were well liked, “but we, and our future leader, must be trusted to deliver it”.

She wrote in the Guardian after the Conservatives’ biggest win since 1987: “The truth is, Labour has been losing support in our northern towns and coalfield communities for decades.

“This had been billed as the Brexit election, but it was always about so much more. There is a strong feeling in towns like mine that Labour stopped listening long ago and that we no longer have much understanding or care for the things that matter deeply to them or their families.

“The result last week has been a long time coming. But the signs have been there for just as long. When councils in Bolton and Hartlepool turned blue, and so many voters in Wigan, who had always rejected the far right, turned to Ukip it should have been a wake-up call.

To be in government is not to pick a side but to build a bridge and demonstrate what can unite. The job of the Labour leader now must be to reconcile urgently those parts of the country that want and need a Labour government, but have come adrift.

Like Rebecca Long-Bailey, Angela Rayner makes much of her personal struggles early in life. 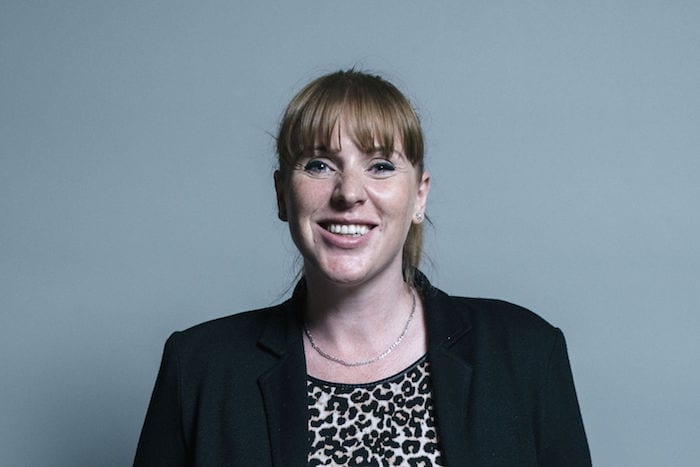 The 39-year-old Stockport-born MP for Ashton-under-Lyne, Droylsden and Failsworth, elected in 2015, left Avondale School, pregnant at the age of 16, with no qualifications.

On her website she says: “From the beginning of my working life I’ve always stood up for working people, first as a trade union rep representing care workers and then as a regional union official. Now I use the skills I’ve developed to represent the communities of Ashton, Droylsden and Failsworth.”

She describes herself as  “not an Oxbridge-educated, former special adviser, professional politician; she did not have a privileged upbringing and never went to public school or university.

“She was brought up on a council estate and left her local comprehensive at 16 with no qualifications and a baby already on the way, after being told she would ‘never amount to anything’.”

Rayner has spoken about how Labour’s Sure Start centres gave her, and her friends, the support they needed to become better parents and to grow and develop as young adults.

She started working as a care worker for Stockport Council spending much of her time providing one-to-one care to elderly people in their own homes. She was soon put forward by her women work-mates to speak for them as a union rep with UNISON.

“I was mouthy,” she says, “and I would take no messing from management.” She rose through the ranks of the trade union movement with her direct experience of low pay, long hours and zero hours contracts, to become the most senior elected official of UNISON in the North West of England.

In 2015, Rayner became the first woman MP in the 180-year history of her Ashton-under-Lyne constituency and was soon promoted to the shadow whip’s office by the new Labour Leader Jeremy Corbyn.

She then went on to hold the position of Shadow Pensions Minister, before becoming a member of the Shadow Cabinet as Shadow Secretary of State for Education.

Away from Parliament and politics, Rayner is married to Mark, who is also a UNISON official, and has three sons. She became a grandmother at the age of 37 when her son Ryan had become a father to baby Lilith Mae.