After two weeks of soft launch that saw them sell out every single day, a new donut and cookie shop has officially opened on Hilton Street just off Stevenson Square in the Northern Quarter.

Housed in Selina hostel’s newest addition, Wilson’s Coffee, it’s called Gooey – and their cookies do exactly what they say on the tin, so to speak, staying gooey inside for up to two and half hours after coming out of the oven.

Head baker Lewis Loughman took over a month to put together the recipe, which sees each cookie indulgently stacked with high-quality chocolate so that they almost melt in your mouth.

He is the first baker in the North West to create something like this – and we suspect his cookies are about to kickstart a new trend in the region.

Asked what the secret is to making them so gooey, he quips “sleep deprivation”.

Honing his skills at PKB and Takk respectively, Lewis trained under bread genius and croissant savant Mark Wegner, who had set up Albert Schloss’s bakery on Peter Street before moving to run Pot Kettle Black’s in house bakery.

It was during this time he was introduced to food influencers and Gooey founders Jake Ansbro and Paddy Brown, who run the popular Instagram page @Eatmcr with over 100k followers.

Having had the concept in mind for quite some time, for them it was about finding the right moment to unveil it.

They have also brought in Manchester restaurateur Sax Arshad, behind the likes of Mughli, Evelyn’s and Les Deux Pizza bar, as a business partner.

Whilst we think Gooey’s cookies might just be the best we’ve ever tried in the city, it’s fair to say that their donuts are pretty special too. 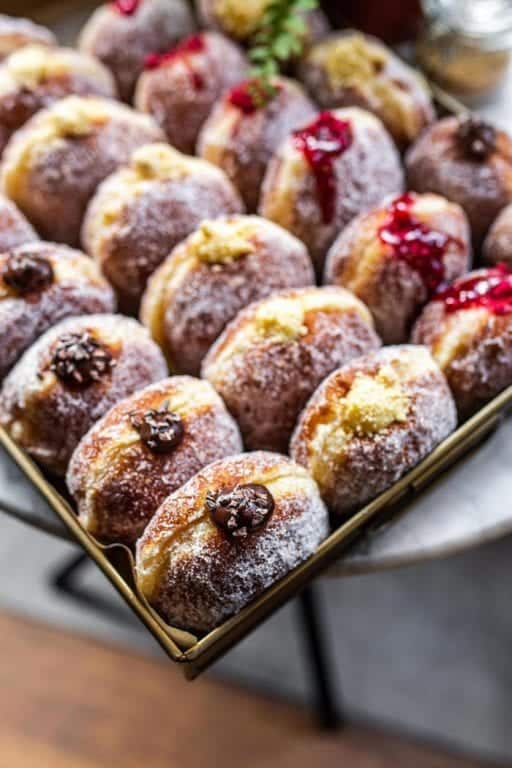 Alongside their white chocolate, milk chocolate, dark chocolate, and double choc cookies, the donuts will be baked fresh every morning and served from a special Wilson’s Coffee window in a nod to the bakeries of New York.

Both vegan and non-vegan donuts will be available daily, with classic fillings of raspberry jam, chocolate custard, and vanilla custard. And Gooey is also planning some donut specials and collaborations, the first a Kinder Bueno donut collab with Black Milk Cereal.

“This has been a real labour of love for us, something we’ve been waiting on the right moment for over a year and we’re looking forward to seeing everyone enjoying our new offering.”

Head down to find their fresh cookies seven days a week, and make sure to try the donuts, available from Wednesday through to Sunday.