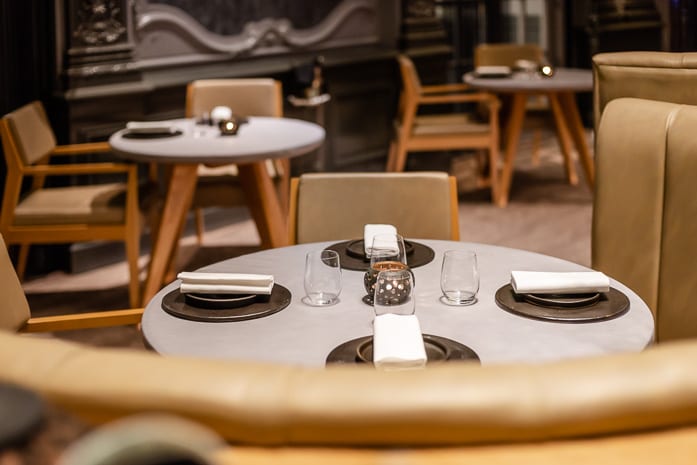 The Good Food Guide has today announced its top dining spots across the country – as well as its coveted UK top 50.

There are 38 entries for Greater Manchester in total in the 2020 guide, up from 33 last year, and nine of them are new entries.

And two Greater Manchester restaurants make the new UK top 50 list, with one of them being declared the 11th best restaurant in the country.

Covering the best restaurants, pubs and cafés across the UK, The Good Food Guide is completely rewritten and compiled from scratch each year. The results are based on feedback from readers as well as anonymous expert inspections. 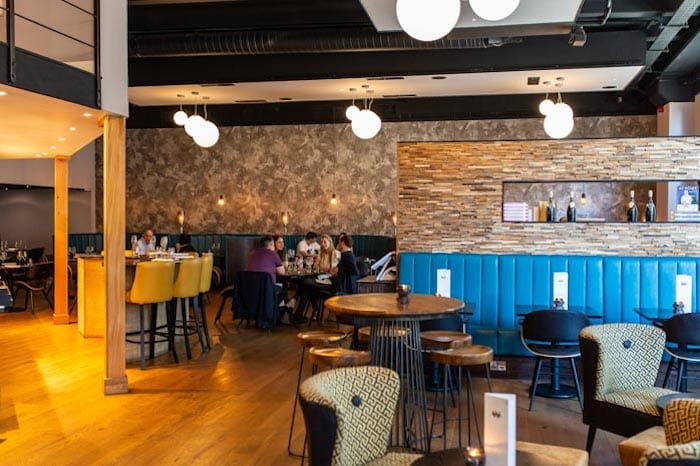 The North West region “embraces the entire diversity of restaurant settings, from the urban entrepots of Manchester and Liverpool, through the rolling reaches of rural Lancashire and Cheshire, up to everybody’s favourite national park in the Lake District,” says the guide.

Much of the action this year has been in Greater Manchester, with new entries including Simon Martin’s “exuberantly creative, naturally inspired food at Mana” and the “classic tapas of Salford’s lively Porta”.

Simon Martin’s Mana has recently won rave reviews in the national press and is widely predicted to win a Michelin star.

“Texture is masterfully balanced, with hits including melting yakitori eel with roasted yeast, and a cabbage-wrapped oyster with miso fudge,” says the guide.

Meanwhile Porta is praised for its “nimble service, laid-back environs and a pared-down list of good tapas dishes.” 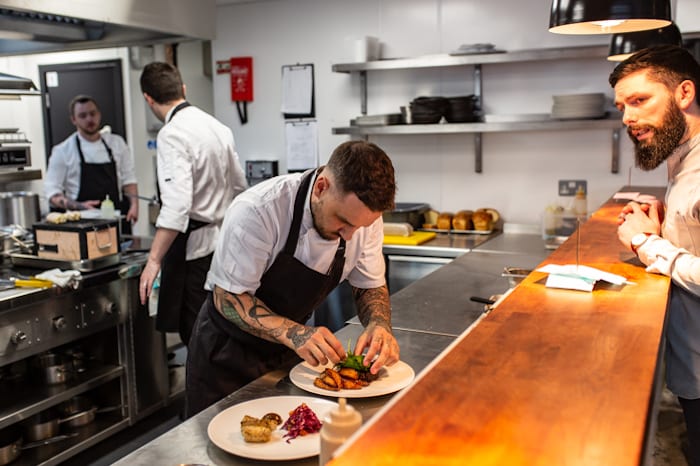 The UK top 50, meanwhile, recognises the very best talent in the country; a place on the list represents a huge achievement, with each position earned by its score in The Good Food Guide, editor appraisal and strength of reader feedback.

This year, The Good Food Guide top 50 includes two Greater Manchester restaurants – Adam Reid at The French and Where The Light Gets In, a new entry to the top 50 list.

Adam Reid at The French makes number 11 in the list – up two places from last year – with an impressive score of 8.

It offers “refined technique and a distinctive northern sensibility,” says the guide – there is “little room for disappointment here.”

Stockport’s Where The Light Gets In makes number 44, with a score of seven.

Since opening in 2017, Sam Buckley’s ex-warehouse destination has “edged closer to that sweet spot where a kitchen’s esoteric adventures produce food that sparks joy,” says the guide.

“This year, the team has comprehensively cracked it.”

Five other restaurants from the North West make the top 50 list, including Lancashire’s Moor Hall at number 5, Fraiche at number 20, and the Lake District’s Lake Road Kitchen and Forest Side at 26 and 27 respectively.

A North West restaurant also takes the top spot as the best restaurant in the UK. Two Michelin starred L’Enclume in Cartmel is described as “a really extraordinary” restaurant.

“It dazzles; not with glitter-ball ritz and razzmatazz, but with the understated glow that comes from being indisputably world-class,” says the guide.

The North West food scene looks stronger than ever.

The Good Food Guide is published by Waitrose & Partners on 12th September, available in Waitrose shops and online. RRP £17.99.