It’s a great time for gin lovers to be alive with the next few weeks seeing an invasion of festivals into the city. One that may have escaped your attention is Big Time Gin Festival. Why? Because it’s not taking place in town but beneath the wings of our most famous of planes – Concorde – at Manchester Airport.

I caught up with events director Paul Niven to find out more about what we can expect from Big Time Gin.

I believe you have a lot of gin for us

You’ve picked quite an unusual venue 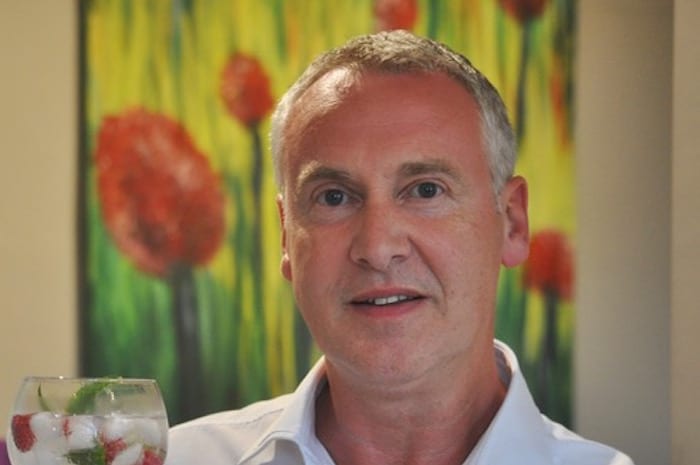 That was quite deliberate as well. Gin festivals in the past have gone into historic buildings, but when I approached a lot of the historic buildings in and around the Manchester area, a lot of them didn’t have premises licensing, which meant that I could have applied for an extra license, but that wasn’t what I wanted to do.

When I looked into other types of venue, I found that the majority were clear, white spaces, and that wasn’t going to be good enough either. And then someone suggested Concorde. It isn’t a clear white space, there’s something of interest in there already, and that’s how we came to host it there.

It’s a big space, but all our festivals are 1,000 people per sessions, and that particular one at Manchester is going to be around 500, so it’s not as big as you think.

We know that there have been two other gin festivals in Manchester this year, we’ve got about an overlap of 20% of the stock that they bring, so they’re the most popular gin brand, but then we’ve got eighty other brands that are definitely not in their stock such as West Winds from Australia, Dorothy Parker from New York and Dingle from Ireland. It’s unlikely that gin lovers will have come across those before.

And you have live music?

Having been to several of these events myself, we know that some have a DJ, some have a two-piece band, some have a four-piece band. We have a seven-piece swing band. So we’re bringing a lot more entertainment to the event and that’s quite deliberate.

The other festivals tend to focus on the gin, and the purity of gin, how it’s distilled, what the botanics are in there. Whilst we’ve got distillers at the event who are happy to talk about it, we’re not holding workshops. So we’re spending more money on the entertainment, making it far more of a day or a night out, as you’d expect, rather than a workshop type festival.

We do have a number of brand stands. JJ Whitley are there, The Lakes – the highest selling gin at Manchester Airport – and, staying on the aviation theme, we’ve got Spitfire Gin.

And what tonics can we expect to pair with our gins?

We have partnered with Peter Spanton, a premier mixer brand. It’s not available retail, though I believe they’ve just done a deal with Ocado.

Peter Spanton himself is quite an interesting character. He used to be a bar and club owner in London, and is now in the mixer business. And he’s the other half of Janet Street-Porter. And we’re just bringing four of their range to the festival. Their regular tonic, a lemongrass tonic, a cardomom tonic and a salted paloma soda.

Click here for details of the Big Time Gin Festival beneath Concorde.