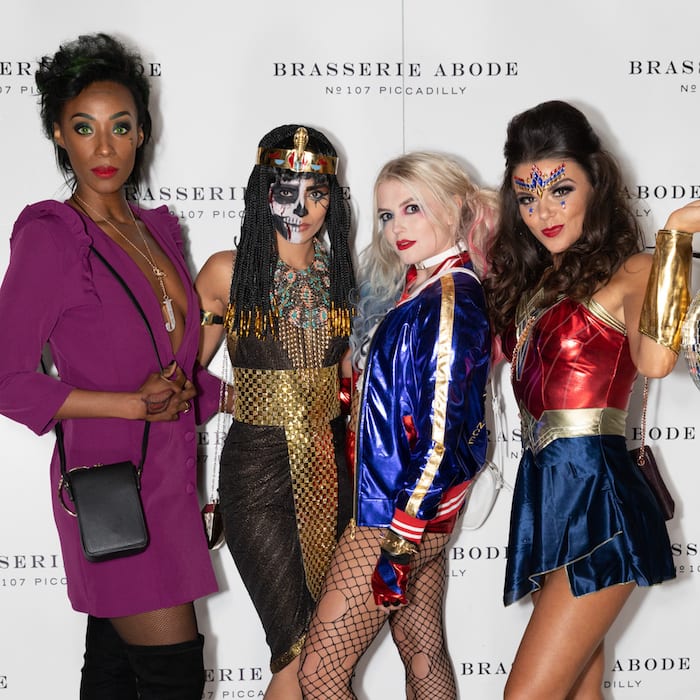 It appears the spirit of romance is still well and truly alive between Coronation Street star Faye Brookes and Pop Idol winner Gareth Gates – as they reunited at a Halloween charity bash in Manchester.

The showbiz couple announced their split last month after six years together.

But the duo both attended the Halloween Spooktacular Mirror Ball organised by celebrity hairdresser Andrew Trott-Barn on Wednesday night at the Abode Hotel on Piccadilly and were looking very cosy.

The couple, both dressed in spooky ensembles for the occasion, arrived separately at the event.

But Gareth posted a photo of the two in what looked like a bathroom together on his official Twitter account captioned: “Celebrating Halloween with my best friend”.

The event helped to raise thousands of pounds for the Forever Manchester charity.

Hundreds of guests got in to the Halloween theme with incredible fancy dress, including host with the most Andrew who dressed as a physical representation of a Mirror Ball!

She posted an instagram post that got fans of the duo, dubbed “Kana”, in a frenzy when she wrote a flirty message: “Sometimes I just wanna kiss gurls.”

Earlier on in evening, a group of Manchester’s movers and shakers and famous faces all took part in the Forever Manchester Halloween “lockdown” with a ghost hunter inside Afflecks.

Former Corrie star Mollie Winnard, former Lord Mayor Carl Austin-Behan and our very own Rhian Sugden were among those competing for donations to be the first to be released from the spooky Afflecks interiors and head off to join the Spooktacular Ball.