From Shameless to Safe: Manchester screenwriter Danny Brocklehurst on creating must watch TV

Danny Brocklehurst worked as a journalist before getting his first screenwriting gig on 2000’s Clocking Off, a series set in a Manchester textile factory starring Sarah Lancashire and Philip Glenister.

He’s since worked on Paul Abbott’s Shameless, Jimmy McGovern’s The Street and Accused and created and penned his own original dramas such as Exile, Ordinary Lives, The Driver and most recently Safe starring Dexter’s Michael C. Hall.

The writer, who lives in Heaton Moor, talks about the reasons he sets much of his work in Manchester, his memories of the chaotic Shameless set and making sure he’s always open to criticism.

Much of your work is set in and around Manchester. Is that for personal or professional reasons?

Both, really. It’s easier for me if we shoot near to where I live, but it’s good to represent different parts of the country. I try and represent working class lives, ordinary people in exceptional circumstances, and try and put those lives and voices on screen. There’s a long tradition of people who’ve done it, like Jimmy McGovern, Alan Bleasdale, Kay Mellor and Paul Abbott. I see myself trying to follow that tradition a little bit but I’m not exclusively doing that.

Do you think people’s perception of the north is changing?

I think it’s changed already. Yes, people do put the word gritty and north together quite easily but I think there’s a mix. There’s certainly an earthiness to the area, but I think that image of it as somehow grim is getting expelled. Manchester’s such an international, cosmopolitan city now.

You started out as journalist in Manchester. Is there any crossover with screenwriting?

It’s all being paid to write but journalism didn’t really inform what I do now. I was very lucky because Manchester at that time [the 1990s] was absolutely vibrant. It was a little period where Manchester was the centre of the universe and it was a really exciting time. I do miss those days. But having said that, I like what I do now.

Your first professional screenwriting gig was Clocking Off. How did that come about?

It’s testament to Nicola Shindler at Red Production Company really as she gave me a chance to write on it. That was around 2000 and my relationship with Nicola and Red has lasted all this time. It does show that taking a risk on someone can be the start of a beautiful relationship!

You also worked on three series of Shameless. What are your memories of that time?

It was absolutely ridiculous. It operated in a state of absolute chaos at all times. Nothing was organised. I think [the creator] Paul Abbott quite liked chaos surrounding him. I think he got off on the energy of it and that energy transferred to the show. It was such an amazing series to work on. I might never work on a show that’s such a big hit again. It really resonated. We won every award going. It was a charmed time, I guess, but it was hard work as well to keep that standard up.

How did you feel seeing Michael C. Hall play the lead in your new Netflix series Safe?

Six Feet Under was one of my favourite shows, so it was really a very surreal experience to have Michael come over here and be living in Didsbury and shoot in Manchester. It was really bizarre, but kind of brilliant. It just shows you what TV has become now for this to happen. It’s a changing time and Netflix is a big part of that. 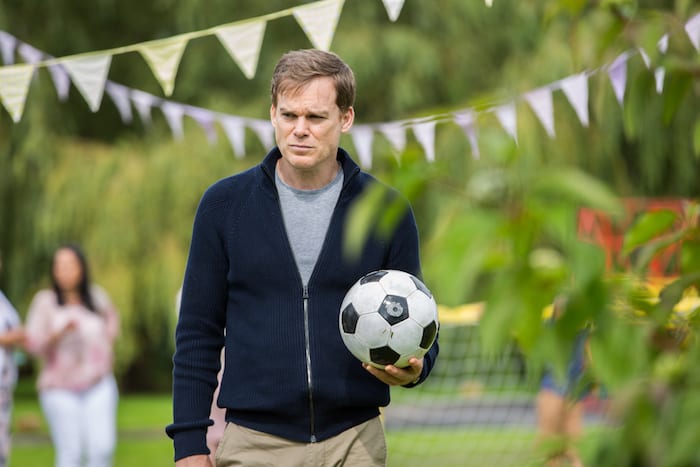 Looking back, what project are you most proud of?

I think Exile [2011], a show I wrote starring John Simm and Jim Broadbent. I was looking at one of the scripts recently and I was thinking, ‘this is really well-written’ and then to get two brilliant actors and a brilliant director in John Alexander, it was a really strong piece of work.

Are you easier on yourself than when you first started out?

I’m still really anxious about making things as good as they can be, and I’m never entirely confident that what I’ve delivered isn’t just a load of old rubbish. But I think you get more confident in your ability to create and to write characters and dialogue. It’s been a long time since anyone’s said to me, ‘your dialogue’s terrible’ so you develop a confidence that probably what you’re doing is half decent, and then the job is to make it really decent and that’s usually with other people’s notes and help.

You’re never precious about your work then?

I don’t think you can be. I mean, no one likes criticism, but I’ve seen other writers get to this position where they’re too big and fancy to take notes or do rewrites. It’s the death of you. You’ve got to take things on board. Sometimes you might not agree with it and then you’ve got to have a discussion, but you’ve always got to listen because no one’s always right.

What are you working on next?

There’s a Sky show, a comedy drama with some big northern people in it, but sorry, I can’t really tell you much about it for now. And we’re hopefully going to do a follow-up to Safe, a new story with a new actor, not Michael C. Hall.

Where would you recommend people visit in Manchester?

There’s the amazing single screen Savoy Cinema in Heaton Moor, which is a jewel in the crown of Manchester. We love Aladdin, a Syrian restaurant in Withington. It’s not posh but you just get the most amazing food there and you can take your own booze. It’s like something from the past.

Safe is available to watch on Netflix. 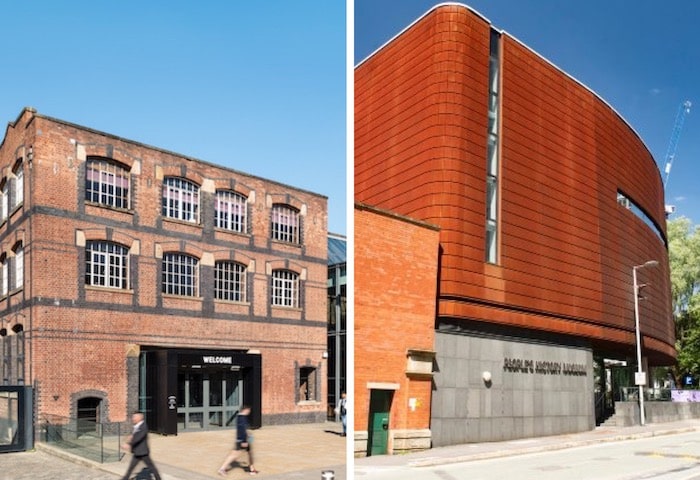