From Mobike to no bike – but who’s really to blame? 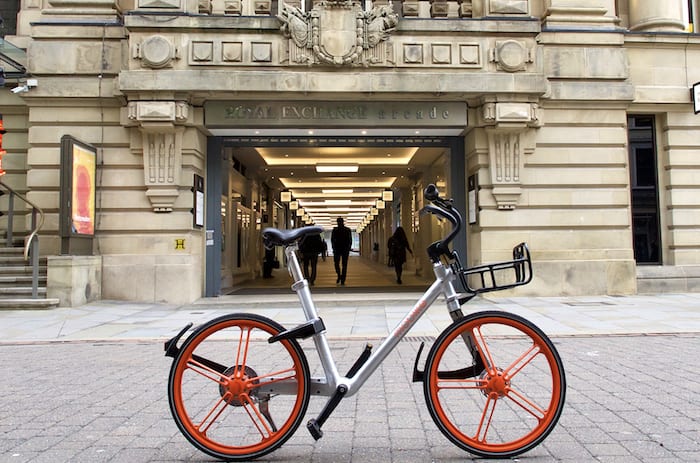 A bad-tempered blame game has broken out over Mobike’s decision to suspend bikesharing service in Manchester.

The Chinese-owned bike sharing company that chose Manchester for its European launch last year claimed at the time that its dockless bikes were “vandal-proof”. But just 14 months later, it blamed “unsustainable” losses through theft and vandalism for pulling out of the city.

The announcement came two weeks after Mobike issued a warning that unless the abuse of its bikes ceased – the company claimed ten per cent of its bikes in Manchester were wrecked or stolen – they would abandon the city.

The company’s head of growth Steve Milton, said “the minority had ruined it for the majority”.

For the most part they were next to impossible to find when you wanted one. The one time I have wanted to use one – i couldn’t find one within 1/2 a mile of me and i was on Market street. They never invested in the city and kept removing bikes to boost volumes in other cities

The row has also played out across social media with many critical of Mobike.

Greater Manchester cycling and walking commissioner Chris Boardman, the former Olympic cycling gold medalist told The Guardian that he was disappointed but not surprised by Mobike’s decision. 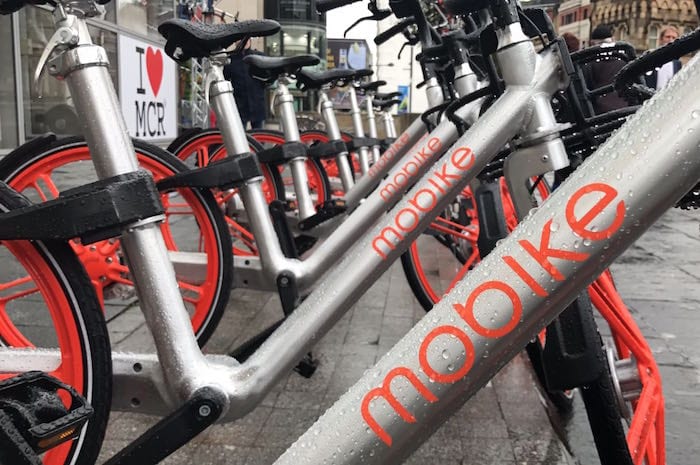 “Anti-social behaviour is not a problem unique to Manchester, it has been encountered in other UK cities and other bike operators have found ways to deal with it. The problem here has been that we just haven’t seen the right level of engagement from Mobike or a willingness to work to implement tried and tested solutions.”

Part of the problem was that, unlike the Boris Bike scheme in London, Mobike’s dockless system meant at the bikes were left scattered all over the city. And booking via an app had proved to be not always reliable.

The gearless bikes were criticised by some users for being heavy and difficult to ride.

“This was always a trial and despite the negative outcome we’ve learnt a huge amount from both using and observing the scheme in action,” Boardman added.

“A successful bike share scheme requires close community and partner engagement from the outset, the option for docking stations and enough people on the ground to ensure it is reliable and serving its purpose.

It was certainly a very poor business model, completely wrong for a tough and rough city like Manchester. #MoBike should have rented out stock cars instead #MadMax

“I want to assure Greater Manchester residents that the learning is already being put to good use and that they can expect some very positive news in the not too distant future.”

Metro Mayor Andy Burnham claimed that the Mobike scheme had not been properly thought through from the outset and city council leader Sir Richard Leese questioned the sustainability of Mobike’s business model.

Mobike has shrunk its operations in Newcastle and London.