From Manchester to Ackley Bridge: meet the actor people mistake for a nurse 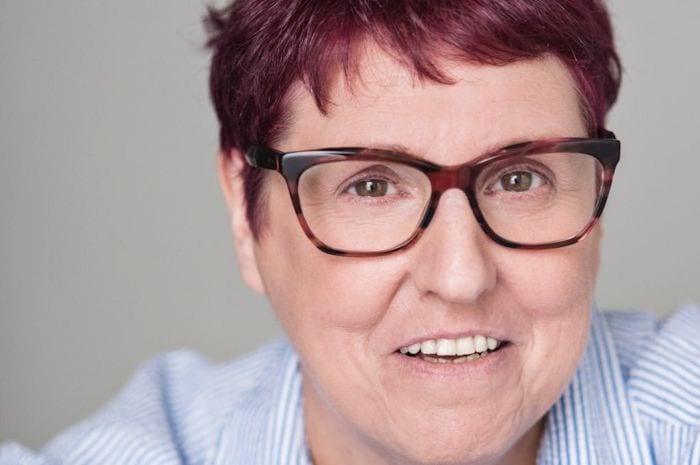 My husband was in the armed forces. We came back to England in 1992 and he asked me what I wanted to do as he had finished his career. He said ‘it’s your turn now’ and I was fortunate to get into a drama school.

What would you be doing if you were not an actor?

I really don’t know. I worked in sales so maybe something to do with retail as I left school at 16 and had many different jobs.

How has the character of Lorraine changed since series one of Ackley Bridge?

More of the same really. She gets to know what’s going on as she is Mandy’s PA and nothing escapes her notice, but you do glimpse a different side to her and another string to her bow.

What do you enjoy most about being in the show?

I just love this show. The cast and the crew are amazing. Not an ego in sight. It’s a joy to go to work every day.

Because it raises awareness on different cultures and how we band together as people and a school. There is nothing like that on TV.

What do you like about the character of Lorraine?

She has no filter and says what she thinks but she is very loyal to Mandy.

What’s been your favourite storyline so far in Ackley Bridge?

To be quite honest, a lot of the story lines are linked, but I love the brave choices the writers make and how every cast member executes them.

Early Doors was such a brilliant comedy. What memories do you have on working on this show?

Oh, such lovely memories. What a job to work with all those fab actors. And Craig Cash’s writing was superb.

If it came back would you jump on board?

It is coming back to the stage but, unfortunately I’m not doing is as Mark Benton who plays Eddie my husband cannot do it either and I said I wouldn’t do it without him.

I live in the Northern Quarter so I regularly eat out, but I also visit the art gallery on Mosley Street. That’s one of my favourite places and of course, HOME and the Royal Exchange Theatre.

What do you get recognised for the most by the public?

Joan in Early Doors but many people say to me ‘are you a nurse?’ I played a nurse in In The Club. One girl asked had I delivered her baby. I laughed. Can you imagine?

Ackley Bridge is on Channel 4 on Tuesdays at 8pm.