From Happy Valley to HOME: George Costigan is back in town 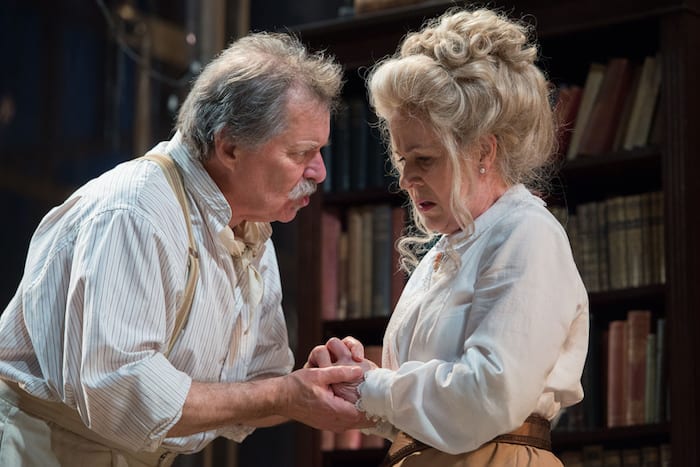 He is also an acclaimed theatre actor and has worked at the Library Theatre in Manchester, which merged with the Cornerhouse to create HOME.

He grew up in Salford and went to St Augustine’s C of E Primary School in Pendlebury and Wardley Grammar School. He is back in town to star in Eugene O’Neill’s epic play, Long Day’s Journey Into Night, a co-production between Citizens Theatre Glasgow and HOME. We caught up with him to find out more.

Every actor who has appeared in Long Day’s Journey into Night talks about how rich the play is. How are you finding it?

They are right. In the end the only thing, I believe, an actor can tell you is the quality of the writing. This is rich. Comparisons are odious, but he [Eugene O’Neill] is awesome.

It has been recently staged with Jeremy Irons and Lesley Manville and David Suchet and Laurie Metcalfe. Why do you think it is a favourite with audiences and producers?

With producers? ’Cos audiences come. With audiences, I don’t actually know – never seen it. But I can hear each night how gripped folk are. And word of mouth is the life-blood of theatre. In this day and age of marketing psychobabble, reduced attention span (supposedly) and second guessing everything, this old play delivers a long, great story of frightening honesty, totally. And the public love it. Go figure.

You have described your character James Tyrone as a man who “doesn’t really change, but his wife Mary changes all the time like a spinning top.” What challenges does this provide you as an actor?

To keep trying to find nuance so the audience doesn’t get bored with him.

How do you relax when you are not working?

I write. My new novel, The Soldier’s Home, is published the week after this show is over. I play enthusiastic but mediocre guitar, pedantic piano, and dreadful bass. And there is a grandson.

You are passionate about regional theatre. What do you think it has that London lacks?

Wow. The can of worms question. To be as honest as I can be, nothing at all. Drama – the best of drama – is made from collections of people wanting and needing to tell a story. That impulse is in no way geographical. It might be easier to do in London, because of resources and cash, which can make us feel it’s a bit more ‘worthy’ in t’struggling north – but that’s bollox. The real question is what has London got the north hasn’t? And the answer to that is political. And nasty.

You have interesting views on NT Live. Do you think it’s time regional theatres had their own version of this, or do you feel it’s a curse for local theatres?

To be fair and honest the views are Barrie Rutter’s, with which I totally concur. It’s not unrelated to the previous question and I think – or better – I fear – it is the thin edge of a metropolitan wedge that will eventually diminish funding to the arts regionally. That’s a vile notion – but impossible to not understand why the paying public do as they do.

What are you looking forward to most about performing in Manchester?

Being in a great play.