It was once Manchester’s most popular music venue, hosting iconic names like Jimi Hendrix, The Bee Gees and Ike and Tina Turner during its 60s heydey.

But for the past six years, New Century Hall has lain empty.

That shan’t be the case for much longer though, it seems, as new plans have emerged suggesting the cultural gem could reopen in the near future as a new food hall, music venue and creative college.

In 2014, planning permission was secured to convert the ground floor of the building into retail units, but this never came to fruition.

But now developer Hermes is looking to breathe new life into the uniquely preserved retro dancehall – an exciting prospect indeed.

Working with architect Sheppard Robson, it submitted proposals to the council last week for planning permission to start work at the NOMA site on Sadler’s Yard. 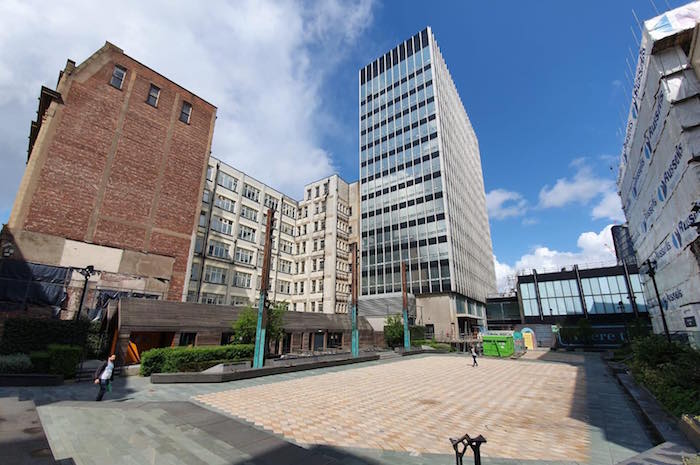 Hermes will look to create a 1,000 capacity music venue, 8,000 sq ft food hall and purpose-built creative college with the capacity for 400 students, all under one roof.

Students at the creative college would have full access to the main music hall above, and on the ground floor, there will also be meeting space available adjacent to the food hall.

And the intention is for it all to be operated by a single – as yet unnamed – tenant.

The plans suggest that the project will “help further establish Manchester as the most important arts and culture employment centre outside London and ultimately reinforce the city’s profile.”

Developers also argue that the proposed work could “act as a catalyst for rebalancing the cultural ecology in Manchester and beyond” and “accelerate the ‘Northern Powerhouse’ for culture.”

The plans come as part of a decade-long, £800m project to regenerate the NOMA area and are expected to create around 157 new jobs directly is approved.

Work is expected to start in the third or fourth quarter this year, subject to planning permission being granted.